The second publication in the Witnessed Series: "Also By Mail" is a Nigerian-German family drama with an unusual turning point - a play by Olumide Popoola. www.edition-assemblage.de/also-by-mail For their support to create this video, my warnest thanks to: Asad Schwarz-Msesilamba, Nzitu Mawakha, Thabo Thini and T. Vicky Germain

We want to publish a great, socially critical theatre play in the Witnessed series (www.edition-assemblage.de/witnessed).

About the play:
Nigerian German family drama with a comic twist meets bitter reality in Germany.

The plot:
Funke and Wale’s father has just died and they make their way to Nigeria where they find themselves amidst turbulent funeral preparations. When Wale leaves upsets he gets caught in a racial profiling case and the lack of his father’s support is even more biting. His disappointment for lost opportunities grows. Funke meanwhile struggles with a sudden disease but an extraordinary intervention brings an unexpected manner of reconciliation not only to her, but to the family at large.

"Institutional racism is part of being Black in Germany and racial profiling exemplifies one of these untold, silenced German stories. Also by Mail provides an understanding of how quickly a normal train ride can take a turn for the worse. Black people living in Germany have to familiarize themselves with these police measures, even more so if they are male. For Black boys, growing up in Germany increasingly means being seen to be a “threat” to society – to be reduced to stereotypical images."

"Also By Mail" provides readers with an impression of the Afro-German experience in the Nigerian and German context. The format - theatre script with additional supporting material about racial profiling - facilitates awareness raising of, and interactive learning about bicultural life and - especially in Germany - everyday racism.

Why is this book being published in English?
Germany, Austria and Switzerland are multilingual countries of immigration. We simply do not have a diverse range of literature in languages other than German, which deals with the themes of people who live here.

With this project, we do not only aim to appeal to friends of theatre and literature, the Black community in Germany and abroad, but everyone who is interested in Germany's lived diversity. And of course the play is aimed at all those who are against racial profiling and everyday racism.

Firstly, the play is an important contribution to the literature which provides a greater insight into the Afro-German experience in the Nigerian and German context. The format (a play and accompanying documents about racial profiling) can be used as educational material as well as a basis for scenic readings or performances.

Secondly, this play is written by Olumide Popoola, a Nigerian-German author, poetess and performer. She holds a BSc in Ayurvedic Medicine, an MA in Creative Writing and is currently a PhD candidate in Creative Writing (University of East London). In 2004 she was awarded the May Ayim Award (Poetry), the first Black International Literature Award in Germany. Her novella "this is not about sadness" was published in 2010 (UNRAST Verlag).

Thirdly, “Also By Mail” is the second publication in the Witnessed series (publications by Black authors writing in English who have lived in Germany). If you support this project, it will be easier to continue to publish further books in the Witnessed Series.

"Also By Mail" will be published in February 2013. We need a minimum of 600 € to cover the costs of copy editing & proofreading, layout and design.

The plan is to organise a reading of the play in at least one German city (Berlin, Frankfurt or Hamburg) during Black History Month (also in February).

At least 200 € will be needed to cover the administration and publicity costs of the reading.
In the event that more than 600 € is raised here, the excess funds will go towards the funding further readings of the play across Germany.

The third publication in the Witnessed Series is a black and white photobook by the Afro-German photographer Nzitu Mawakha. Check out the crowdfunding page for more details: www.startnext.de/daima

The reading in Frankfurt was a success! Click here to find out more: http://www.witnessed-series.blogspot.de/2013/02/book-presentation-also-by-mail-in.html The next book presentation will be in English Theatre Berlin at 8pm on Friday, March 1st http://www.etberlin.de/expatexpo/EE_POPup_DETAILS_SHOW_alsobymail.html

The next book presentation will be Friday, March 1st in Berlin - watch this space! 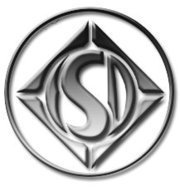 Endorsed by the Initiative Schwarze Menschen in Deutschland (Initiative of Black People in Germany). 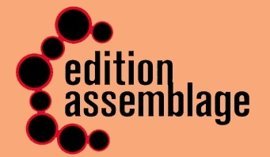 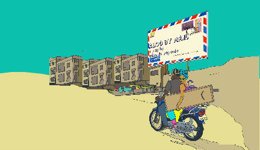