The recordings for the 2nd studio-album of Antun Opic are about to happen. We have been working on almost 20 new songs. The new Album "Y U" will feature at least 12 of them. We've been working hard, played around in the pre-production and are eager to step in front of the microphones! The album is due to be released on May 20st, 2017.

Financing this album.
If you help us, we'll be able to focus to a 100% on this production.
To record an album is a huge amount of work:
working on the songs, the recordings, the mix, the master, the layout, the design, the videos for the singles, the promo and marketing, the release-party, ...

If you don't know Antun Opic and his Band yet, please read: "who are the people behind this project" or refer to those links:

We will produce this album, similar to our very first "No Offense" in our own artist-network.
What does that mean?
We will share the work with our surroundings.
During the past years, we have met a lot of gifted artists, sound wizards, and monster musicians.
With your money and their help, we will be able to dress this baby in satin and gold!
Our goal is a Vinyl and a USB version. You know, CDs are a dying species...
And the package will be manufactured here in Munich in the artist workshop "dreiundreizig" again. Handmade- so every edition will be unique.

Direct funding is the best thing that can happen to us as a band. If you support us with your money, we can work and publish independently. Your preorder or donation practically makes you a part of our project and a part of the production itself. Your money and trust is also giving us a proper portion of self-confidence;) That will also affect the quality of the product, of course!

Who are the people behind the name "Antun Opic"?
Well, there is a lot more behind this name, than only the solo artist, who started playing his own songs, almost ten years ago in the Munich pubs and bars. The project has grown into a large network of helping hands and outstanding musicians

His eponymous trio (featuring Tobias Kavelar and Isaac Reed) constitutes the core ensemble, which according to the spirit of the album occasionally flexes to include other guest instrumentalists.

Indeed, versatility is an important part of Antun’s musical ethos – he plays an unconventional blend of world music, blues, and pop; allowing blaring trumpets to meet a swinging banjo, while gospel choirs are jubilating in the background. Sometimes the guitar romanticises in the style of Django Reinhardt, sometimes, it devotedly enthrals the listener in the manner of Paco de Lucia. In some of his songs, Antun Opic includes passionate gypsy and fiery flamenco only to recall Paul Simon's African borrowings in others.
The debut album "No Offense" (2013) was followed by an invitation from the BBC to Leeds (UK) and a showcase in London. "No Offense" became the album of the month at FolkRadioUK and received consistently positive reviews. So also the EP "Shovel My Coal" (2015). Since then, the trio plays on an international level. Nearly 250 concerts in the last four years in Germany, Italy, Switzerland, France, Slovenia, England. Including a performance at the prestigious Montreux Jazz Festival. 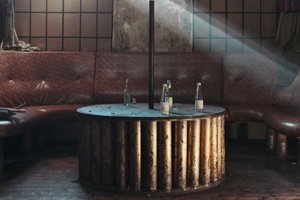 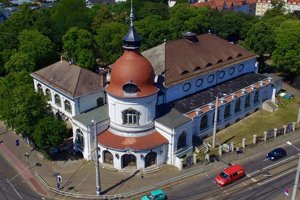 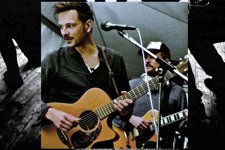