Crowdfunding finished
Hi, I am NANÉE - singer-songwriter & Body(R)Evolution activist. I want to celebrate with you diversity instead of getting broken by conformism & I put all my love, courage & joy of life into my new EP. Look forward to 5 songs that will motivate you to tackle challenges & go your own way, whether you were born too tall/too short, too fat/too skinny, or like me with a genetic defect! Let's make the world a little more colorful with "Tausend Farben" (A Thousend Colours)!

If we reach more, I'm looking forward to a music video

Celebrate diversity, instead of breaking down by conformism!.
That's what I would like to do with my CD "Tausend Farben" (A Thousend Colours)!
Because, in a world where it all too often depends on outer appeareances, those who fall out of the beauty grid have to fight challenges, because they do not correspond to "the norm".
Nevertheless in my opinion, "colorful" is the most beautiful color and "different" is the new "normal".
With "Tausend Farben" you can look forward to 5 songs of German-language soul pop, reminiscent of Rosenstolz and catchy, sometimes light-footed, sometimes ambiguously entangled or simply to groove along.
Let yourself be carried away by the songs and let's start a Body(R)Evolution together:
"Dare to be everything! Dare to become everything! You are much more than your scars, a masterpiece painted in a thousand colors!" (translated from the title song "Tausend Farben" (A Thousand Colors))
To give you something to hold in your hands afterwards, I've come up with some nice thank you gifts. Browse through them, pick your favorite gift and let's make the world a little more colorful!

PS: The thank-you gifts will be realized after the collection period (provided that the goal of 5,950 € is reached, which of course we really hope :-)).

My goal: the production, release and promotion of the EP "Tausend Farben", which hits you right in the heart with German soul pop.
And of course YOU are the target group! So all the people who enjoy German soul-pop and want to stand tall just like they are!
And those who

If you like German soul pop àla Rosenstolz and Silbermond, with lyrics that mean something, then you will really like the EP!
You should support the project if you want to promote a young musician who is working with heart and full of energy for a wonderful cause.

And of course, if you think it's great that a newcomer manages to bring her music to people's ears even without a big label supporting her. And on top of that, the work of all involved, like (studio) musicians, producers, sound engineers, videographers etc. can be rewarded.

Challenging enough, such a CD production costs much more money than you can raise as an individual. Unless you've won the lottery or are a rich manager. Both is not the case with me, which could also be due to the fact that I would first have to start playing the lottery to win something ;-)

With the money, I will cover in the first stage first of all all costs, which result for the production, thus e.g.

And should we rocket more than 5.950 €, I can promote (advertise) the CD to radio/print/TV/online, which is super important for success.
And I can shoot a music video. The script and a great videographer, I already have in mind, only missing you and that it takes off!

Oh yes, also important: Besides the great thank-you gifts, the whole thing is also completely risk-free for you! Because the all-or-nothing principle applies! Only if the target amount is reached, the money will be paid out. If we don't reach it (which hopefully won't happen;-)), you will get your money back automatically.

And it would be loveley, if you would share the project, because the more people who help, the more likely we are to reach the goal..

I am NANÉE - singer-songwriter & Body(R)Evolution activist and from Hamburg.
As a 1.85 m tall woman and born with hundreds of liver spots due to the pigmentation disorder CMN, I stand out from the crowd and for years wanted only one thing: to be invisible to escape bullying - until I discovered my love for music and decided in 2017 to step from the shadowy existence into the spotlight and onto the stage.
At the end of 2019 I released my debut EP "Geh Deinen Weg!" and was already able to play concerts in Northern Germany in front of up to 500 people.

Maybe you have seen or heard me in magazines like "Tina", "Laura", the Förde-Radio, Tide-TV, or Alstercast? There I was allowed to tell not only about my story and music, but also why you can live so much more self-confident if you make yourself independent of what others say.

"Be proud of who you are and don't be ashamed of how someone else sees you."

This was also the credo of my Facebook Challenge #IchBinPerfektWieIchBin, with which I motivated the participants to more self-love in 09/2020 and in the course of which I became an Ambassador of organizations in Switzerland and Austria.

With the EP "Tausend Farben" I am now on the threshold of the next stage of my musical career and the desire to inspire people with a Body®Evolution and make life a little more colorful.

The following people are on board for the production of the EP:

...so a great team that will do everything to make the EP a success and end up with you. 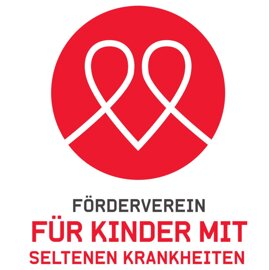 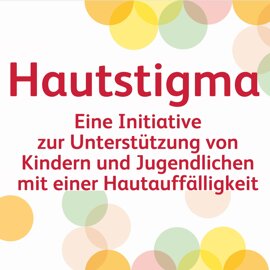 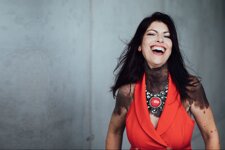