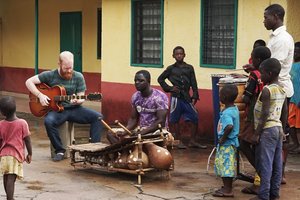 Xylophone + Guitar = School! Your support will enable us to build collaborative music projects which will fund education in Ghana.
5,752 € (115%)