Crowdfunding finished
One topic, treated in a series of songs in very different styles of music. An experiment crossing musical and lyrical borders! Next exercice: Metal!

The money goes to the Metal band MORS CORDIS for the composition and the recordings of the vocals and instruments except the drums.

Inspired by Raymond Queneaus incredibly funny literary "Exercises in Style" (=99 retellings of the same story, each in a different style), I want to try something similar - but in different styles of music!
The topic has always to be the same, but its written from different perspectives, varies in its language and other paradigmas. I want to work out a whole bunch of styles of music - with a maximum of credibility within each style.
Actually, the topic is ridiculously banal: It's about a szene in a trolley/tram car, including a young girl wearing a short skirt and an elderly big man with a beard. For every style of music, I write the lyrics including all the informations which are needed, and the band/composer/s I am collaborating with composes the music for it.

Thanks to a bursery of the German "Film- und Medienstiftung NRW", we could already work out six songs! I developed them in collaboration with the Berlin musicians Tilman Ehrhorn, P.R. Kantate and Katrin Schüler-Springorum:

The results you can listen to on the wegpage: http://www.stiluebungen-musikalisch.de

The musical "short" version of this first package of six songs won a price - it was placed 3rd in a contest at the Berliner Hörspielfestival 2019 - a festival about radio plays!
And since the 4th of may, an important public radio station in Germany, Deutschlandfunk Kultur, is broadcasting a documentary version of the series weekly, because I was doing recordings all the time during the developing process.

But six styles of music are not enough for me! It don't have to be 99 songs in the end as in Raymond Queneaus literary "Exercices in Style", but at least it should be some more to have a similar effect. And there are so many interesting styles left: Opera, Chanson, Metal, Punk, children's song, ... !
As I want to pay the composers and musicians for their work in a proper way, I need financial support. So, if you like the idea of the project and if you want to support me and the fabulous musicians I am working with, please participate in the crowdfunding campaign! We would be so so so happy about that! Please join us here!

The goal of the project is to continue the collection of songs of different styles of music, which finally are united in the same topic which is just differently presented. The songs and the lyrics will be presented at the website www.stiluebungen-musikalisch.de and will hopefully be broadcasted in different radio formats concerning the project. As soon as "enough" songs are finished, they might even be published on CD - but that are dreams of the future, yet. My idea was to cross musical borders, to make people listen to OTHER music than they are used to, to broaden my own and other people's horizon of what we know and what we like about music, to see what music can do with us and maybe also to see how it manipulates us. LAST, BUT NOT LEAST, of course, I want to make people laugh.

The project is for all the people who love music of any kind of style, who like to cross musical borders, who love all kinds of acoustic art, who love radio feature and radio drama, who simply love RADIO, people who like experimental projects, who just are curious about the next exercise in style of music, who have a sens of humour, who just like to support my project, or, in this special case: WHO LIKE METAL MUSIC.

Because it's fun!
Because it will be great!
Because it supports interesting bands and composers!
For the music!
And especially here: for all the Metal fans!

The money goes directly to the musicians who I want to pay in a proper way for their great work.
With an amount of 2.000€, I can work out the exercise in the style of Metal music in collaboration with the professional Berlin Metal Band MORS CORDIS. It's for the composition, the recordings of the vocals and the instruments in their own studio and the recordings of the drums in an external studio, for the mixing and the mastering). Recording the drums of a Metal song seems to be kind of difficult, that's why it needs to be done under special conditions in a professional studio to guarantee the right quality of sound.
As 2.000 € are a lot of money for one song, we focus on two funding goals: The first one will be reached at 1.000€. This can help us to work out the composition and to do the recordings of the vocals and the "less complicated instruments". If we reach 2.000€, we can also afford the professional recordings of the drums in an external studio and the mixing/mastering of the song. If we don't reach the second goal, we still have the possibility to finish it later under professional conditions as soon as money comes in from another bursery or whatever.
I believe that we can make it!!!

Of course, the more money we are collecting, the better and faster we can produce the song! And any surplus which will not be needed anymore for this style of music will be put into the next song of the project!

So, if you like our project, you can support us with a smaller or a bigger amount of money. You can choose a "reward" or you can do it without chosing one- any amount of money will help us and make us happy!

If you want to support a song in another style of music - no problem. One by one, the musicians and I will start extra campaigns for each style here.

AND you can also help us by spreading the link to this campaign! Please, don't hesitate to post it in the social networks! THANK YOU!!!

In this case it's the Berlin Metal Band MORS CORDIS:
http://www.morscordis.de

And, of course, it's me as the iniciator and curator of the project who also writes the lyrics and is singing all of the songs (and if it's just in the backing vocals, but I keep on practicing for the growling parts in the Metal song...). 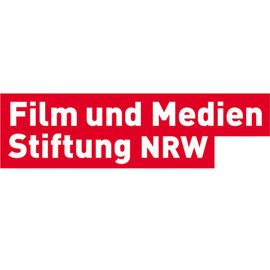 A bursery of the German foundation... 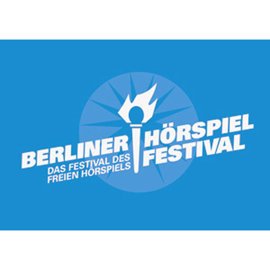 The short version (music only) of the first part of "Exercices in Styles of Music" was placed third in a radio play contest at the Berliner Hörspielfestival 2019. 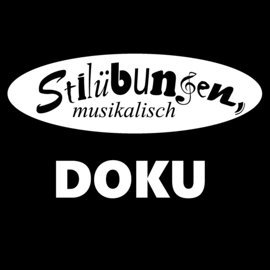 "Exercices in Styles..." as a radio documentary series

Since the beginning of may, the "making of" of the songs can be listened to on air or online/as a podcast in a documentary series presented at the German public radio station "Deutschlandfunk Kultur" 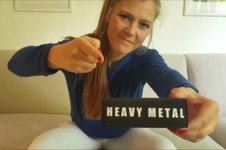 "Exercises in Styles of Music"
www.startnext.com