<% user.display_name %>
Sign up Log in
Projekte / Community
Off the coast of Corsika lays a yet unknown wreck which will be dived and explored for the first time in summer 2018! It could be as old as a Corsican buccaneer’s ship or dating back to World War 2. Have you ever wanted to participate in a true expedition – a real adventure? This is the place to be – we offer a first-time dive and discovery of a wreck in the Mediterranean sea with all its risks, surprises, but having in mind: to be one of the first people to unveil secrets and their history!

A Tyrolean Company offers first-time dive to an unknown wreck off the coast of Corsica.

This is the call for you to participate in an exploration

Off the coast of Corsika lays a yet unknown wreck which will be dived and explored for the first time in summer 2018!

The Tyrolean Wolfgang Falch from SANDY AIR CORP has discovered this wreck with his Side Scan Sonar in summer 2017. SANDY AIR CORP realizes professional underwater search and savage with a 100 % success quote.

Now Falch offers a unique possibility/chance to participate in an initial dive of a wreck. Therefore, the project WREX - Wreck Explorations - has been initiated.

In order to take part you have the possibility to book one of the limited spaces here and now.

This wreck off the coast of Corsica is yet unknown. According to Wolfgang Falch it could be as old as a Corsican buccaneer’s ship or dating back to World War 2. What has really been hiding in the depth of 25 m five (initial) divers will find out and even make history. The first explorers may accompany SANDY AIR CORP professionals, who are going to investigate the site, using an ROV and other professional equipment.

The limited space for the first dive, as well as some highly coveted space on the boat are awarded beforehand now and here.

SANDY AIR CORP located in Pfaffenhofen/Tyrol/Austria, has specialised in underwater search and salvage and is also trading ROVs, Side Scan Sonars and other special equipment.

Besides its long and successful occupation in the underwater business, which has become famous through TV documentaries broadcasted worldwide, the company also advices and consults public authorities, companies and public associations on these matters.

Are you interested in the underwater world? Do you dive? Have you ever wanted to operate/navigate a ROV or explore an unknown wreck?

Then join us for an unique expedition to one of the most beautiful bays in Corse. We are going to investigate, film and explore the history of a shipwreck which has been located by us but has not yet been dived to.

You have the opportunity to become a member of the expedition team lead by professionals.

This expedition is for all true adventure-seekers and explorers who are serious about breaking out of a secure virtual world to find the real and pure nature by searching for a wreck.

This event is cost intensive and therefore, we need pre-financing. Only when the amount of 50.000 has been achieved, the exploration can take place.

Your contribution together with other financings are used for the first-time dive and the exploration of the unknown wreck.

Project leader is Wolfgang Falch and his team from SANDY AIR CORP. Wolfgang Falch has been teaching as a guest-professor at a US-University for more than 20 years. 15 years ago, he founded SANDY AIR CORP. for underwater search and savage. So far, he has been able to successfully search and savage several airplane wrecks. One of them being the famous P-47 Dottie Mae, which had its first take-off after 1945 this year. During his many search expeditions Falch and his team have discovered ship wrecks, boat wrecks and airplanes. Their existence has been unknown until now because they were not the targets of the searches. With this initial project, one of these objects, which – until now – consists of only a Side Scan Sonar Image and coordinates in Falch’s documents, should be explored.

Falch’s enterprises have been broadcasted in more than 15 TV documentaries worldwide. Among them were The National Geographic Channel, Travel Channel, Spiegel TV, ARTE, ZDF and many more. 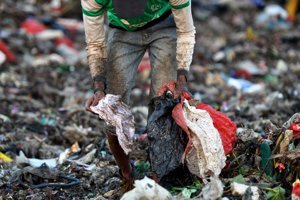 Environment
DE
WELCOME INTO THE KINGDOM OF BANTAR GEBANG 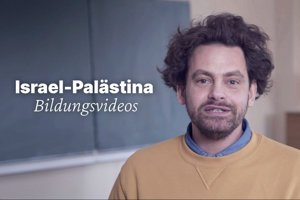 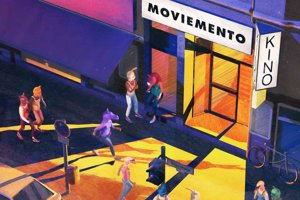 Movie / Video
DE
Together, we can save the oldest cinema in Germany.
×
share 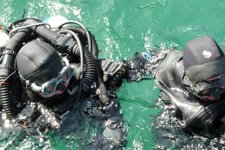 Be part ot the first-time dive to an unknown wreck
www.startnext.com