Crowdfunding finished
Mia's best friend Lenni gets injured during one of their Lost Place tours to an illegal landfill. When Mia finds out, that her own father and his logistics company are responsible for the garbage dump, she finds herself in a tough situation as she has to figure out how to deal with it.

If we reach this goal, all expected costs will be covered and we can put our story into practice.

"Bodenlos" is a coming of age-/ environmental drama. We’re producing this short film in a group for our bachelor’s degree at Hochschule Darmstadt.

Our short film tells the story of Mia, a 16-year old girl who loves photography and mostly spends her time on Urban Exploring with her best friend Lenni. Her father Bernd does not support her creative passion and forces her to do an internship in his logistics company. Bored and annoyed by her new “job”, Mia escapes to a new Lost Place: Lenni and her discover a garbage dump and compete to get the best photo. Suddenly, Lenni gets injured and needs to go to the hospital. As they find out that he is not only injured, but poisoned, Mia starts to investigate. She does not only find out that the landfill they've been to is illegal, but also that her own father is responsible. Now the young girl has to find out how to deal with the problematic situation and who to take sides with.

We want to draw attention to the problem of illegal landfills in Germany. This topic often is swept under the carpet and many people don’t know that this is not only a difficulty developing countries have to face, but that there also is a lot of crime and danger around illegal waste in Germany.

We want to give an impulse on this by choosing the perspective of a young girl in the generation gap, which at the moment is especially represented in the Fridays For Future movement. Besides the environmental topic, we’re striving to capture the adventurous mood of a summer, affected by change in an aesthetic way.

Moreover, we focus on sustainable methods of producing, as we also want to be a role model behind the scenes.

“Bodenlos” addresses not only adults, but also young people that have to make similar decisions like Mia to step into adulthood.
Everybody should reflect on the consequences one’s habits of daily life can have on the environment.

Only with your support, we can put our film into practice appropriately and therefore call attention to the danger of illegal landfills in Germany. It is important to take a stand against this problem, because it is not discussed in public as Taking a look at the facts, it needs to be discussed in public more
This problem does not get enough attention in public at all: the very fact is in Brandenburg there are 127 illegal landfills with around 5 million tons of consumer and industrial waste - waste that can be harmful for nature and health.

Please help us and donate, if you agree that something needs to change and if you want to see our special coming-of-age story on a big screen. :)

The money will not only be used for travel-, accommodation- and equipment costs, but also for insurances, filming permits, props, scenery, costumes and catering.

Of course, we will work as sustainable as possible, as we want to fulfill the German standards of Green Producing.

All crew and cast members work voluntarily, which means that every euro goes directly into making of this movie.

The core team consists of Eline, Larissa, Jakob and Jonas. We all study motion pictures at Hochschule Darmstadt and “Bodenlos” is the project we’re graduating with. Together, we already completed a bunch of different projects like music videos, live-shows, commercials and other narrative short films successfully. 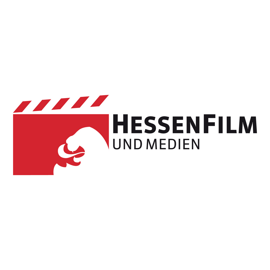 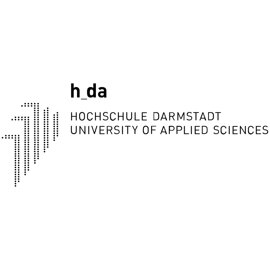 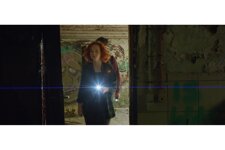