Evolution of viruses is a fast process because of their high mutation rate. Known viruses adapt to circumvent our immune system and new viruses arise rapidly. We want to equip scientists with a system, to get an edge on high mutation of viruses. The goal of our system is to generate binding proteins to a target (e.g. an envelope protein of Zika). These "Evobodies" could then be used for diagnostics and therapy against the virus. We realize our project under directed evolution in bacteria.

We, this year’s iGEM-team from Bielefeld, develop a system to generate and select the binding proteins named by us as Evobodies.

iGEM stands for international Genetically Engineered Machine and is the most renowned non-commercial competition in synthetic biology which is held in Boston.

Our Evobodies are antibody-like proteins that gain affinity towards a target protein in the process of directed evolution. From this originates the name:
Evolution + Antibody = Evobody
As an organism for the generation we chose Escherichia coli, a common bacterium used in synthetic biology. Directed evolution in our matter means favored growth for those bacteria, that generate Evobodies that are binding to the target protein. To realize our concept, we divided our team into three taskforces:
The library-taskforce is responsible for the construction of DNA-Sequences with randomized variable regions. This represents the starting point of our project and guarantees a high variability of Evobodies.
The mutation-taskforce wants to achieve the integration of an error prone polymerase I, that slightly changes the sequence of the Evobodies in the process of replication, thereby further increasing their variability.
Finally, the selection-taskforce filters for those bacteria generating Evobodies with affinity to the target protein. Mediated by the binding of our protein and the target, the bacterium in concern is granted a selective advantage directly increasing the evolutionary fitness. In this way, only bacteria generating binding Evobodies to the target protein will prevail against their competitors.

At the end we want to obtain the sequence of the functional Evobodies for industrial-scale production. Within the scope of our project we want to test our system against an envelope protein of the Zika-virus.

Feel free to write us at [email protected] if you have any questions!

Viruses are changing rapidly. Because of their transmission both, from human to human as well as between human and animal, this can constitute a great danger for everyone.
Our goal is to establish a system to stay one step ahead of viral mutation rate by modifying our Evobodies accordingly. Evobodies generated in this matter can subsequently be produced on a large scale and utilized for the detection and therapy of many pathogens.

Not even a century ago the 1918 flu pandemic caused a death toll of up to 50 million people deriving from a regular flu virus. It took several years to control the outbreaks and defeat the disease. Caused by their high mutation rate, a lethality rising mutation could occur anytime.
With this project we want to contribute to the fight against mutated or newly arisen viruses by generating Evobodies against specific target proteins. Also, our Evobodies could not only be generated faster and cheaper than conventional antibodies, additionally no animals need to be harmed due to immunization.

As we need to finance both, the registration fee for the competition and the travel to Boston, we need sponsors supporting us with money and laboratory utensils. But finding enough sponsors is a hard job. The money from Startnext would be used to guarantee that every team member is able to come to Boston as well as financing the stay there and for laboratory expendable items.

We are eleven young Bachelor- and Master-students from the Bielefeld University studying the courses Biochemistry, Bioinformatics and Genome Research, Genome Based Systems Biology and Molecular Biotechnology. We form this year’s iGEM-team from Bielefeld.
Students from all over the world compete this competition organized by the iGEM Foundation (Boston, USA) every year. 2016, 304 teams originating from 30 countries are present. Participation is a great opportunity for us to improve ourselves and learn new techniques. 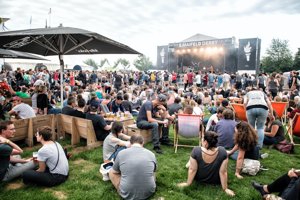 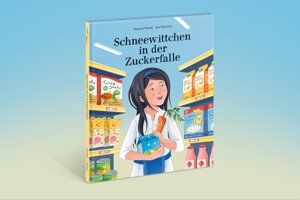 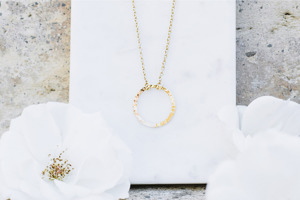 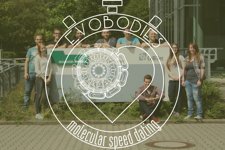