Crowdfunding finished
The ensemble Fortuna Canta presents music of the late Middle Ages from the Codex Chantilly. There have been love songs at all times! Here already 600 years old and yet so powerful and at the same time so filigree and so sensual, with highly poetic lyrics, full of rhythmic refinement and tonal beauty - this is no dark Middle Ages!

This support would help us enormously with the financing of the CD!

The Codex Chantilly, a handwritten collection of musical works of the composer avant-garde around 1400, has accompanied our ensemble for years. Finally, we have recorded our favorite pieces and now we are happy to present them to you! It is a personal approach to this wonderful music, which leaves some room for manoeuvre in its instrumentation and interpretation. We have always taken care to search the valuable musical text for the essence of the music and to make it sound as it might have sounded 600 years ago. With voice, fiddles, recorders, organetto, harp and psalter we play on the typical instruments of the time and take our listeners with us on this wonderful journey into the late Middle Ages. 70 minutes of exciting music!

We would like to distribute our CD and with it some musical jewels of the late Middle Ages. Of course, we also want to quickly recover our costs, which flow into the production, at least to a good part. All lovers of early music, all fans of the Middle Ages and all those who want to hear something very special or give it away are addressed.

A CD production costs money. Sure. It's not always easy for musicians to find the money, since we prefer to put everything into the purchase of new instruments, sheet music, etc. Therefore it helps us enormously if we can recoup a large part of the production costs in this way and at the same time make our interpretation accessible to as many lovers of medieval music as possible.
The CD will be released in any case: it will be on the market in March 2020. Our congenial partner, the Label conditura is about to take the final steps towards completion.

The CD has already been recorded and is in its final stages of completion. No matter whether we reach the first or second funding goal of our campaign: In any case, it helps to minimize the incurred and outstanding costs for recording, editing, photos, travel and accommodation costs for us.

We are Fortuna Canta, an ensemble that focuses on the music of the late Middle Ages and the beginning Renaissance: Stefanie Brijoux (soprano and harp), Katrin Krauß-Brandi (recorder), Ute Faust (fiddle and recorder) and Holger Faust-Peters (fiddle and organetto). Since 1998 we have regularly performed this repertoire throughout Germany. It is important to us to make the listeners understand the peculiarities of early polyphony through lively moderations. The love songs of the Codex Chantilly appear like a foreign language, both in content and in the Pythagorean tone system, which immediately fascinates onomatopoetically and whose deeper meaning gradually opens up (and never lets go of us...).

We all studied our instruments and singing in the field of early music. The following special training with luminaries in the Middle Ages we received in Germany, Italy, the Netherlands and Switzerland. Our teachers include Maurice van Lieshout, Pedro Memelsdorff, Maria Jonas, Randall Cook, Marc Lewon and Uri Smilansky.
With Fortuna Canta we interpret the works individually and with our personal handwriting - sound variety and richness of color are just as important to us as self-developed virtuoso diminutions in the style of the time.
Fortuna Canta - the blind goddess of fate sings, and mostly it's about love!
We are a member of the Centre for Early Music Cologne zamus 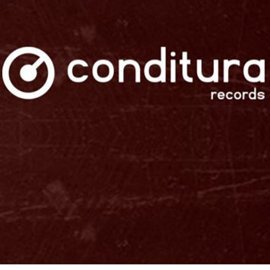 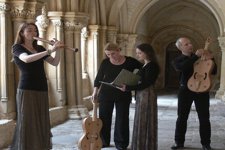