Daddy, could you tell me a bedtime story, please? Telling stories has always been a part of my life. ‘Gabriel und die frechen Affen / Gabriel and the cheeky monkeys’ was the first time I wrote some of them down. I hope you will have just as much fun with the cheeky monkeys as Gabriel. This bilingual children’s book contains a German and an English version of Gabriel’s adventures.

Telling stories has always been a part of my life. Now, as a father of three, my teacher-training has proven to be very useful. Very often, I have to invent new stories and improvise. It is the first time that I have written some stories down. I hope you will have just as much fun with the cheeky monkeys as Gabriel. This bilingual children’s book contains a German and an English version of Gabriel’s adventures.

Gabriel und die frechen Affen / Gabriel and the cheeky monkeys
As soon as five-year-old Gabriel sets foot into Gondwanaland with his grandparents, he is fascinated by the squirrel monkeys on the Monkey Island. So many little adorable creatures running around, climbing up and down; doing all kinds of things – Gabriel has never seen anything like this before. The monkeys have no fear. They get closer and closer to the humans. Gabriel is focused on the spectacle in front of him. He does not notice what is happening to his rucksack. How will Gabriel react when he realises that he is carrying a little passenger? What other surprises will Gabriel have to face with the cheeky monkey gang?

Concept
The book contains six short stories. Not only Gabriel but his friends and members of his family (from his baby brother up to his lovely grandma) encounter the cheeky squirrel monkeys.

Bilingual: Gabriel‘s adventures are suitable to read to children aged five and upwards. Due to its German and English versions the book can accompany a child for a long time. First you introduce Gabriel’s stories by reading it out to your children (in German). Once the kids are in school, they might want to start reading the book themselves. When English becomes part of the child’s curriculum, the book can benefit the learning of the new language.

Leipzig is an international city – every day the Zoo is welcoming numerous visitors from all over the world. Thanks to the English version those visitors can enjoy Gabriel’s adventures as well. Furthermore, being born in Southampton, England, I originally wrote the book in English. It was important for me to make sure that the story would not only be published as a translation, but as the original version as well.

You will enable the production of the book and audio book. Thereby you encourage children to explore places in Leipzig that are both exciting and suitable for children. This book represents the family-friendly side and the solidarity with Leipzig.

At the moment there is little to no city-related children’s literature in Leipzig or its immediate surrounding – neither in German nor English. But especially stories with local reference feature a certain charm: After hearing Gabriel’s stories children will want to explore Leipzig Zoo themselves. Hence the book is a great way of introducing the Zoo to kids before the actual visit.

4500 € are required to produce the books and audio books (including recording, post production, mastering, pressing). With the help of 4500 € a print run of 3000 books and 1000 audio books can be realised.

We have been able to win REGJO Magazin Verlag Mitteldeutschland GmbH as our publisher. The audio book recordings will be executed through Offstimmt. Almost all project partners are working at no charge or at low priced conditions.

What happens if more than 4500 € are achieved?
If the project should be overfunded, kindergardens and schools in Leipzig will be supplied with books and audio books of “Gabriel und die frechen Affen / Gabriel and the cheeky monkeys” free of charge.

James Parsons. I was born in Southampton, England and moved to Leipzig in 1996 and opened ICC Language School a year later. Story-telling has always been part of my life and my training as a teacher comes in very useful now that I have children who love to hear one story after the other made up on the spot. This is the first time I have written these stories down in a book. I hope you like them as much as Gabriel does in English or in German.

Anja Tittel. Early in my childhood I discovered my talent to draw. As soon as I could hold a pencil I was putting my fantasies down on paper and making people happy. From this moment on it was clear: Draw or nothing! After my high school and vocational training I started my own business as a graphic designer and illustrator. I draw from the heart and with passion. I prefer drawing people and animals. Because I work in many fields where illustrations are needed, my clients vary enormously.

Please feel free to have a look at my work and my references: www.anjatittel.de 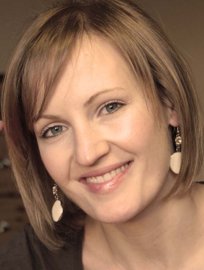 Anja Tittel is responsible for the lovely illustrations.

Offstimme is our partner for the production of the audio book. 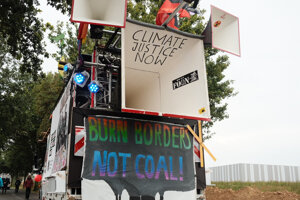 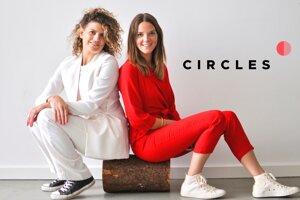 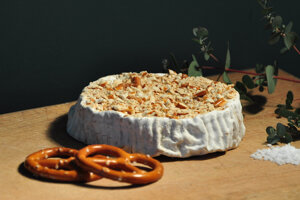 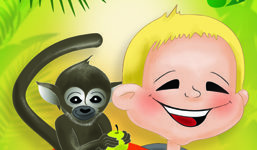