Crowdfunding finished
Debut album from grau&. Will be release in Vinyl and Cassette format.

the amount of vinyl. cassette, and merchandise production cost

We are aiming to release the album in Vinyl and Cassette format. The album itself just freshly through it´s mastering process in STØRN Studio. This project dedicated to people who still believe and appreciate physical music format.

For us, it´s rather financially un-logic to release our music in these formats, but we insists on trying to deliver best e and effort format for those who appreciate such qualities. We hope that you are one of those people , and with your help, we can release and sustain our un-logical passion.

GRAU&: The trio met in Berlin in autumn 2017 to score film music for the experimental filmmaker Caroline Schwarz.

Ariel William Orah and Maximilian Kupi already formed a psychedelic electronic duo under the name “Kupi&Orah” at that time and previously released three tracks together with Luftmenschen Klangwerk, a soundscape subsidiary of Berlin-based empathy entity Luftmenschen.

Pia Achternkamp (loh) is a sound artist, working on sound installations, scoring music for performances, and building self-made instruments. As grau& they constantly investigate the lines between the automation of electronic music machines and the fragility of human social values in an organic and emphatic (non-computer) environment. Even though their work has evolved to a live music performance format, their film scoring heritage still forms an essential part of their sonic identity 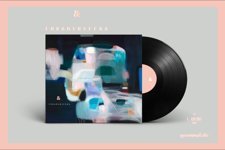