<% user.display_name %>
Log in
Movie / Video
About 300 years ago, many Palatine fled to the US for political reasons but also for economic reasons and settled mainly in and around Pennsylvania. 500,000 Americans still speak their variant of the Palatine dialect: Pennsylvania Dutch: Together with the protagonist and YouTuber Douglas Madenford, the film goes on a search through the US and the Palatinate to see what is left of the language and culture, where does it come from and how it has developed itself.

July 2017. A Volksfest in the USA – the Kutztown Folk Festival. The people are celebrating, there is live music, presentations, traditional food and booths that sell various items.

We are somewhere in the USA, but the language sounds strangely familiar. It is the Pennsylvanian German Day – a day where people remember their Palatinate and Electoral Palatinate roots.
This is where we meet Douglas Madenford. He is a German language teacher, musician and YouTuber from Kutztown, PA. Douglas speaks Pennsylvania Dutch – a language rooted in the old Palatinate dialect from 200 years ago and throughout the years constantly extended with English words and terms. During this film Doug will take us to follow the traces of the Palatine dialect and culture in his own home as well as in his old home – the Palatinate. Throughout this journey he will meet many people who will be helping him to explore his roots. How did this dialect end up in the USA in the first place? Which aspects of the Palatine dialect and culture can still be found in the modern American life? Are there any similarities left? Doug will take us to a school where people are learning Pennsylvania Dutch. We will find traces for Palatine traditions while visiting his parent‘s farm and at a living history museum we will learn more about the people who came here from the old world. We will also stumble across further local traditions and influences rooted in the Palatinate, such as the Groundhog Day, street names, buildings, words and terms and foods. Finally, Doug will travel to Germany to find many similarities, as well as differences between the Palatinate and his Pennsylvanian home. After visiting The Museum of Emigration he will meet a Mundart artist. While visiting a local farm and a Saumagen restaurant which still cooks after one of the oldest known traditional recipe he learns more about the typical Palatine life which has many parallels to his life in Pennsylvania.

His journey through the Palatinate will highlight with him performing songs in Pennsylvania Dutch from his American home.

This documentation shows the history of the Palatinates in the USA in a humorous and kind manner – just the way Palatinates
really are.
While accompanying Doug on his journey with a dynamic camera we get to know different aspects of the language
and culture, not only here in the Palatinate but also on the other side of the Atlantic. Doug portrays the main protagonist
and we experience the things from his point of view. Supporting roles include Chris LaRose, his musical partner,
and Dave Borntrager, a modern American emigrant who found his new home in the Palatinate.
The spoken languages in this documentary will, of course, include Pennsylvania Dutch and Palatine German, but also English and German, depending on the conversation.
We will be including subtitles, so that people who do not speak Palatine German dialect or Pennsylvania Dutch can also understand everything. We do not want to include a narrator – this way the spoken languages can still be heard. For historical facts we will have an interview sequence with the Palatine linguist and expert Michael Werner, PhD. We will also be working with 2D animations to visualize facts and contexts in an interesting way, including simply protagonists to illustrate the emigrants ways of live throughout the centuries.

When we one day heard that “our” dialect is also spoken outside of the Palatinate we got instantly curious about it. Speaking to other locals we then realized that this fact is not really known around here. However everyone was at least as fascinated by it as we were. Enough of a reason for us to tackle this issue.

During our conversations with Doug we noticed that the fascination with this topic also exists on the other side of the Atlantic. Many people over there do not really know anything about their Palatine roots or the life over here.

First of all we need the money for organising the film shooting in the USA. In total we will be shooting for two weeks. Afterwards our protagonist will come to Germany. The money is needed to pay at least the flights and hotel costs.

Christian Schega Christian Schega began making films
for the then newly established Offener Kanal Landau in 1995.
He completed vocational training for the profession of an event technician in the Jugendstil-Festhalle in Landau, Palatinate. Afterwards he studied MultiMediaArt in Salzburg, Austria and got his Bachelors degree. In 2015 he completed his Productions Studies at the Filmakademie Baden-Württemberg
with a diploma. With his documentaries Christina Schega often engages in Palatine stories.

Benjamin Wagener Benjamin Wagener was born on January 15th, 1982 in Landau, Palatinate, Germany.
After his studies in Media Pedagogy at the University of Landau in 2005 he started working as a freelance camera
operator and lighting technician. He has been working as a self-employed camera operator and cutter since
2007. Since then he has been establishing the film production CINEWA with every project. As a seminar conductor and through the realization of various film projects he has also been continuing his work in his original field of study, the media pedagogy. His clients include the Ministry of Transport
and Infrastructure Baden-Württenberg (MVI), the city of Germersheim and The State Media Authority of
Rhineland-Palatinate (LMK) and their subsidiaries (Medien+Bildung.com and Bildungszentrum BürgerMedien).

Dr. Michael Werner Michael Werner, PhD is a linguist from Ebertsheim, living in Ober-Olm. He has been working with and studying this topic since 1993. In 1996 he founded the
magazine “Hiwwe wie Driwwe” which is being published in Kutztown twice a year with a circulation of 2.500 copies, as well as in an online blog. The magazine features authors from both, Pennsylvania and Germany. Since 1993 he also maintains
a German-Pennsylvanian archive which contains about 1.500 books and more than 16.000 texts written in Pennsylvania
Dutch. In 2017 the Mennonite Research Center in Weierhof (Palatinate) started to transfer this archive into their new Michael Werner Collection. 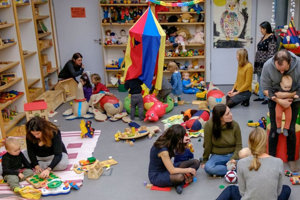 Community
DE
Developing and building up our low-threshold, inclusive community centers for playing, learning and celebrating together in Prenzlauer Berg + Neukölln 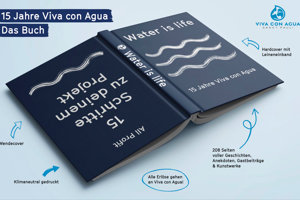 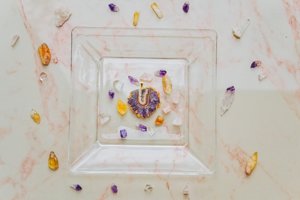 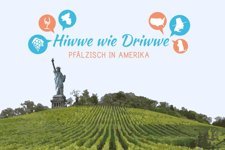