Crowdfunding finished
Join us on an adventure into the unknown - a triathlon around the world. For Jonas Deichmann, distance is just a matter of the the right mindset. This multi-world record holding athlete proves that a strong will doesn’t recognize any limits and that anything is possible even with minimal CO2 emissions. Jonas' journey is inspiring - to explore the world while showing how pressing and important it is to preserve our planet. We need your help to bring this special documentary to cinemas everywhere.

With 25,000 EUR we will be able to produce an inspiring, touching documentary and release it on a couple festivals.

Once around the world... haven't you ever dreamed of it?
We wish to take you on a journey – it is probably the most spectacular and longest triathlon ever attempted; the 120 Ironman distance. Extreme athlete Jonas Deichmann wants to prove what extraordinary performance the human body is capable of. His unstoppable optimism carries Jonas around the globe - from Munich to Munich - running, swimming, biking. He will cover a total distance of almost 40,000 kilometers. Jonas has no support in the process and is completely on his own.

Jonas started his adventure on September 26, 2020. First, he biked from Munich to Croatia, from there he swam 456 kilometers along the coast towards Montenegro. At the
moment Jonas is stuck in Turkey. The current Corona situation does not allow entry into many countries. Right now, Jonas is figuring out the best way to Russia while waiting for a visa. Wether he will get it, we don't know. His journey will continue bike-packing probably via Bulgaria, Romania, Moldova to Russia, further through Siberia at -40 degrees, through Mongolia to the coast of China. From there, Jonas will sail across the Pacific Ocean to reach his destination. With arrival in North America, he will run 5040 kilometers across the US from Los Angeles to NYC. And all of this he is doing completely unsupported. There have already been the first changes of plans and it looks like there will be more to come. However, giving up is not an option for Jonas.

We want to know: What is behind all this? How does he do it and what does the journey do to him? What does it do to your feet, when you're running over 5000km? What does it do to your body, when swimming almost 500km in the water & cycling for almost 35000km in extreme cold and heat. How much does your body must suffer under while uncertainty is being your daily companion? What does it do to him mentally - to permanently cross limits? Jonas has given up everything for his dream. What drives him to move from one adventure to the next without a permanent residence for the last 4 years? We don’t want to miss it when Jonas sets this unique world record. What about you?

We accompany Jonas for parts of the way and film the most sensational highlights of the journey. For eight weeks we will join Jonas in this extraordinary experience. Not only will we partake in the enormous mental and physical challenge, but also capture breathtaking images and tell the story of the person that is Jonas Deichmann. The film examines what exactly constitutes the essence of human motivation: It is a story about borderline experiences, personal limits and perseverance. We want to produce an exciting feature-length documentary, which shall go far beyond the usual travel documentary.

On top of that, we wish to send a message to share with the world...
Already during the first swimming leg off the Croatian coast, it becomes clear that Jonas discovers more plastic than fish in the water. Together we hope to motivate viewers to be more sustainable and raise awareness for the beauty of our earth. Following the crowdfunding campaign, we will launch challenges together with Jonas to raise funds for charity organisations that fight the consequences & causes of climate change. In doing so, we not only want to motivate and inspire, but also make a small contribution
ourselves.

We still need 70,000 EUR to produce the film. Help us create this special documentary. We need you!

If the funding is successful, you will enable us to create the documentary film about Jonas Deichmann's spectacular world record and distribute it to movie theatres worldwide. We have already begun filming, but we need exactly 70,000 EUR to produce the film professionally.

We already have existing partners & sponsors who have supported our production up to
this point. But we still have a long way to go. To be able to finish the film, we lack the funds. Therefore, we need your help. 25% of your money will go into post-production,
35% into fees for camera teams, 25% into techinal equipment, 5% to CO2-reduction and 10% into travel costs in case we can't follow Jonas by bike.

Why does one need this kind of money to produce a documentary? We know from experience that only a film with an engaging dramaturgy and strong production can really touch people. And that is what we really want to achieve. We wish to sweep you along & inspire you and create a new awareness for the preservation of this planet.

We are an experienced film production company with focus on socio-political, ecological topics, especially in the field of documentaries. We attach great importance to sustainable productions. Together with director Markus Weinberg, who himself formerly used to be professional cyclist, we are well positioned as a film team for the production of this documentary with lots of expertise & know-how.

JONAS DEICHMANN (Extreme Athlete | Protagonist)
Growing up in the northern Black Forest in Germany, Jonas does not stay long in one place. He loves adventure and is always looking for new challenges to test his limits and set another world record. In 2017 he crossed Eurasia as the first person on his own and set a world record for the fasted cycling through Europe and Eurasia. Then, in 2018, the next record – once across America, from North to South without any support in only 97 days. One year later, the three major continental crossings at record speed - 18,000 km from Cape North to Cape Town in 72 days. His next adventure started on September 26th, 2020. It will be harder, longer and much more challenging than anything Jonas has done before. As a motivational speaker, he shares his inspiring stories and unwavering optimism with the world.

UWE NADLER (Producer)
is partner and managing director at ravir film and mainly works in the areas of production, direction and camera. Between 2002 and 2009 he studied geography and media informatics (diploma) at the Technical University of Dresden. Before and during his studies he worked as a cameraman and producer on various film projects - first primarily in the field of visualisation, later also in the documentary field (e.g. "reality or non-reality"; "Hope“ (plastic pollution); "Starting With Fragments" (war in Syria); "Mission Lifeline" (refugess/ sea rescue); "Heading East - a bikepacking adventure". His interest and focus is on documentary projects that are artistically and sociopolitically
relevant.

MARKUS WEINBERG (Director | Editor)
Born in Dresden in 1983, Markus studied political science, modern and contemporary history and sociology in Dresden. Even before his time as a student and professional racing cyclist, Weinberg traveled the world, always bringing stories with him. He's been telling these for a few years now. Among other things, he worked as a freelancer for the MDR (public tv station).

Today, Markus enjoys working on cross-media topics as a freelance editor and video journalist and shoots documentaries: including "Mission Lifeline" or "Heading East - a bikepacking adventure". Markus remains true to his passion for cycling to this day. He organises MTB trips, bike races and events under different brands e.g. TransOst, PaceYourCity or Dirty-Gravel.

STEFFI ROSTOSKI (Co-Director)
Having studied media and Japanese studies as well as publishing, Steffi lived several years in Dallas, Tokyo and London, where she let off steam in the production of numerous film projects and theater festivals. Back in Germany, she initially worked in the literary field, as an editor and agent for the semmelblond literary agency, where she met her love for small, narrative details: she devotes herself to the questions and subtleties that make stories really come alive. She is passionate about writing and conceiving texts, stories and dramaturgies, to which she has dedicated herself as part of her production work at ravir film.

We are incredibly grateful for all the partners who already support us: 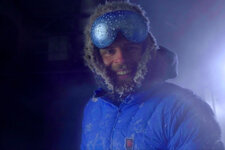