<% user.display_name %>
Log in
Movie / Video
The documentary film "Die Kafka-Konferenz" ("The Kafka Conference") deals with the reform socialism in Czechoslovakia known as "Prague Spring". The writers and artists who are regarded as forerunners are the focus. Even the already dead author Franz Kafka seems to have had an influence on the reform process. A conference dedicated to his work in 1963 already implies the liberalization which reaches its peak in 1968. Then, Soviet tanks put an end to it.

The filming is finished but we still need financial means for the post-production: Editing, voiceover recording, sound mixing, licensing of archival footage.

The conference that gives the film its title took place in 1963 at the Castle Liblice in Czechoslovakia. There, speakers from Warsaw Pact countries, but also from Austria and France, debated different interpretations of Kafka's oeuvre from a Marxist point of view. Many of them demanded Kafka's publication in the communist countries where he had been frowned upon. This demand was linked to general criticisms of not only cultural policy but also Stalinism and its remnants. Alienation, as described by Kafka, still existed in socialism and had reached a terrifying scale during Stalinism.

Eduard Goldstücker, one of the conference organizers, had experienced this himself. In the 50s, when he was an ambassador in Israel, he became a victim of the Slánský trials which had anti-semitic undertones. He was one of the few defendants who were not executed and who were later rehabilitated.

For Czechoslovakia, the Kafka conference signified the beginning of liberalization. 1968, five years later, it reached its peak. Alexander Dubček, the new General Secretary of the Communist Party, and other reformers advocated for “Socialism with a human face”. Meanwhile, Eduard Goldstücker became chairman of the Writers' Union.

Writers were an important pillar of the reform process. After censorship was abolished, “Literární listy“, the Writers' Union's newspaper, became one of the most important platforms for new ideas.

The freedom of the press and pluralism in general reached such a dimension that it the Soviet Union and other “brother countries” were alarmed. The Soviets saw their infuence endangered. After several failed intimidation attempts, this ultimately led to the invasion of Czechoslovakia by Warsaw Pact troops, in the night between 20th and 21st August, 1968. Supposedly, its goal was to prevent a “counter– revolution”. In retrospect, the Kafka conference was seen as its precursor.

The film also includes other stories such as a screenplay inspired by Kafka that Miloš Forman and (the later president of the Czech Republic) Václav Havel planned in 1960. And we will segue from history to recent protest movements, which were caused by the murder of the journalist Ján Kuciak in Slovakia and by the corruption charges against prime minister Andrej Babiš in the Czech Republic.

Excerpts from the material can also be seen in the exhibition "Examen 2019" in documenta-Halle in Kassel between 12th and 15th December.

We deal with events that are not well-known enough, especially to younger generations, from a contemporary perspective. We raise awareness of ruptures and unused potentials in history, using the Prague Spring as an example.

The film is supposed to be a reminder of the power of public opinion. But it is also supposed to point out how endangered freedoms of art and of the press were and still are.

The target audience includes people who are interested in literature, history and politics.

We are interested in the Prague Spring not only as a historical phenomenon, but also because of its continuing relevance. The film's method is the associative confrontation of past and present. Period witnesses illustrate the democratization attempt of the 60s with personal statements. We also met Czech and Slovak activists who are fighting for democracy today. We call attention to the possibility of system change across borders.

"The Kafka Conference" will have an essayistic form. The filmmakers we are inspired by include: Chris Marker („Sans Soleil“, „Le fond de l'air est rouge“), Harun Farocki („Bilder der Welt und Inschrift des Krieges“), Agnès Varda („Les plages d'Agnès“), Jean–Luc Godard („Ici et ailleurs“). The essay film offers the opportunity to create a chain of associations, to move freely in space and time and to approach a topic from different angles. It makes thoughts visible and is characterized by reflection. Christa Blümlinger described this as "a kind of intellectual strolling (...) Its weapons are humour, irony and paradox; its principle is contradiction, collision." The viewers are included in a "film discourse". The openness of the essay film is especially appropriate to deal with the Prague Spring because it is a process which had to remain unfinished.

Thanks to previously obtained funding, the filming (more than 30 hours of material) could already be finished. But unfortunately, we need more financial means for the post-production. For the editing and sound mixing, we want to pay salaries. The rights of use of archival footage have to be acquired, too. Why is this archival footage so important? On the one hand, to provide a visual impression of the historical events, on the other hand, to include interviews of protagonists who have already died.

I, Tobi Sauer, am the director. I study at Kunsthochschule Kassel (art school Kassel) in the Film and Moving Image Class of Prof. Jan Peters. During my studies, I have already created some short films. They were shown at international festivals (for example five years in a row at Kassel Dokfest, in Argentine, France, Canada, Poland, Portugal, Spain) and received awards, such as the Lichter Art Award at Lichter Filmfest Frankfurt. I want to continue this success with "The Kafka Conference", my first feature-length film. It's my graduation film.

Team members with Czech, Polish, Russian and Chinese roots enrich the project with their individual perspectives. Besides the core team, Czech consultants such as the media artist Petr Vrána support us.

The album RAIN IS COMING by FARAWAY FRIENDS supports water projects from VIVA CON AGUA. With your help we want to cover production costs.
4,643 € (116%)
17 days 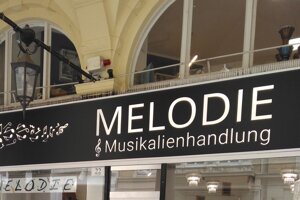 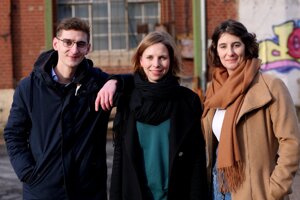 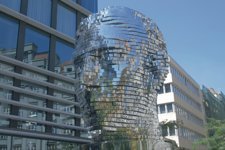