Being young in Greece is not very promising these days. What options does a young Greek have in times of crisis? Being unemployed or leaving for Australia?

In "message from greece" the generation, who is affected directly and quite hard by the economical measures, has the chance to speak up. It's the generation of young people between 20-40 years old. In this age group unemplyoment has its highest scale, even well skilled people have difficulties to find a job. Occasional jobs with 3 Euros per hour are quite common and on top mostly without any insurance. Our actors are reflecting this difficult situation.
On the one side there is building constructor Kyriakos, 37 years old and from Kefalonia, who has a small company ready to collaps. Due to the crisis his company shrank from 12 employees to one or two. But most of the times he is on his own at the construction site, suppositional he has work.
Then there is Anna from Athens. She has two university diplomas. Her job as a waitress, which was initially just to support her economically with her studies is now her main job. Waitressing in cafes, bars or restaurants, nothing has been left out.
Finally, there is Markos Koumaris, singer of the band “Locomondo“. A synonym of the new Greece - a young Greece, which sees itself confronted with a huge abyss caused by the crisis. A whole day we accompanied Marcos through Athens, have attended the soundcheck and have questioned him regarding his experiences in Greece. Markos lived in Germany as well as in Greece and therefore he can compare both countries quite well.

We want to show what mischief this crisis in Greece can mean in the long term. We are talking about constantly growing group of people, who besides good skills earn only € 600 per month - with similar living costs like in Germany.
Our target group are people, who are interested how young people between 20-40 years old make their living nowadays, beyond the comparatively onesided reports in the media narrowed to figures and economic data.

"We", that’s Mosjkan Ehrari (journalist and documentarian) and Vassili Vougiatzis (journalist) want to give this young Greece a face and a voice within Europe. We want to break the prevailing stereotypes and take a closer look at the people and their real situation, which does not really appear in the "normal" media. We want to show that there are hard working people in Greece, people who are intelligent and well skilled but do not have a chance to perform a job, which matches with their competences and finally gives them a sufficient salary. The reality shows a high figure of young people living closed to the poverty line - tendency ascending.

Our further costs will be round € 5000 for production, cutting, post production (colour correction, final sound mixing, promotion, creation of copies and festival fees). Our working hours are not even included. We have plunged into debt in order to realize this film.

I'm a freelancer journalist & film director. I worked a long time as freelancer editor and have realized a couple of film projects in Germany, Azerbaijan, Iran, Afghanistan and Greece.

Unser Dokumentarfilm "message from greece" setzt im krisengeschüttelten Griechenland an und schildert unter anderem die Auswanderungsgedanken junger Griechen. Wir waren neugierig wie es am anderen Ende des Gedankens aussieht, was erwartet sie z.B. in Berlin. Wir gehen in das Café "Misirlou", um etwas über die Anfänge griechischer Migranten in Berlin zu erfahren. Our documentary "message from greece" deals with the crisis-ridden Greece and describes also the emigration thoughts of the young Greeks. We were curious where do these thoughts end and what is expecting them e.g. in Berlin. We went to the Café "Misirlou" to find out the first steps of Greek migrants in Berlin.

Where is the trailer ??? Yes the trailer had to move coz of our support video. However it can be found on our startnext blog site. So just one more click away from here ..... 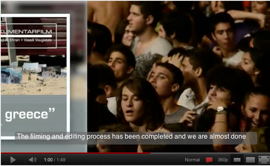 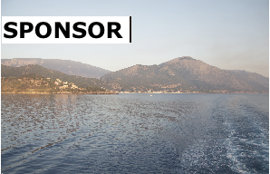 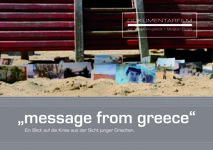