Providing a different experience of history. In My Imaginary Cities visitors experience a different perception of their own city and get access to a foreign one. By laying the town maps and stories of two different cities on top of each other, it developes a mixture of a distinct historical re-narration as well as a fictional place. This leads us to the question: How can history be told differently?

I hear a location plan from Beirut trough speakers, a bomb impacts, though I am facing a huge skyscraper in Frankfurt – my path gets cut off.

My Imaginary Cities is an auditive citywalk, that explores the stories behind the traumatas of two cities. The narrators of the audiowalk are blind and partially sighted people, of whom we want to learn different forms of percepting the urban space, to orientate, where we've lost orientation.

My Imaginary Cities experiences their stories based on paths of their cities. By letting two cities collide, an imaginary third city arises.

We ask for the city`s trauma, war and the financial crisis.
My Imaginary Cities is realised between institutions of the arts, the city and associations of blinds. We hope to generate useful knowledge and to involve institutions in Beirut and Frankfurt in the formative and definitional work on the collective memory (that usually aren't involved).

In times of relentless traumatisation, our project is aimed at an inclusive experience of public space.

The two cities, Beirut and Frankfurt, that initially represent the past (where we come from) and the future (where we are going) of our artistic work, become the fundament of a methodic research, concluding in a one hour audiowalk, titled My Imaginary Cities.
We are focusing on an audiowalk, which makes the experience of urban space, memory and deprivation accessible to a diversified audience. The audience will be invited to walk on a tonally arranged city, modified imagination and to reflect on the historicity and the structural occurrences of public space. At the same time, My Imaginary Cities wants to build up an international network of blinds associatons, beyond Europe. That model can be applied to various other cities to build up an archive of memories, incidences and traumatas, which can be recombined in future audiowalks. Via an online platform, people will have the possibility to choose a city, that they can walk-on, in their own city. Thereby audiowalks can be individualized. Whatever city I want to walk-on, the My Imaginary Cities Archive will make it possible!

We invite all people who want to experience urban space and having a different kind of experience of conflicts, traumatas and historical incidences, to join our audiowalk in Frankfurt in the end of March 2014.

We question the fact that the common access to city and history is a visual one!
We are looking for an ability to orientate in times of lost orientation!

History is commonly made from sighted people to sighted people, which you can recognize by the way media is prepared – focused on images. By working together with blind people and their specific form of perception, the common perception of the city get's modified, creating amazement and curiosity. Blind protagonists will foreground a different kind of sensory perception. Their access to public space should become the pattern for direction, speed and rhythm of a city walk. By overlapping two different cities, we will change the routinely experienced courses of movement through the city and provide an opportunity for a gap in which traumatas can appear.

The amazement about the newly experienced urban space can motivate in rethinking well known contexts!

The money will be used for the realisation of the extensive project plan, including travel costs, the acquisition of audio equipment, the creation and operation of a Website and an App (for mobile devices), the payment of speakers as well as editing, layout and printing of publications and of course the artistic production, organisation and realisation of the final audiowalk. 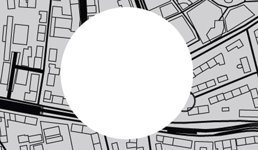