Crowdfunding finished
The festival for films and culture from Japan. For the 17th time, 6 days, from May 23 to 28, 2017, in Frankfurt am Main. Japanese food, stands, workshops, concerts, exhibitions. Cinematic experience & cultural exchange. Unique encounters and conversations. New horizons.

We think: Japanese Cinema is the greatest experience!
Films are like magical journeys through time and space, and they let us see the world with different eyes. Japanese cinema is particularly fascinating and diverse – including, but of course not restricted to, samurai, yakuza, and anime. However, it is rarely to be seen in Germany. Japanese films that make it to the German cinema market can be counted on one hand. TV usually keeps broadcasting the same old classics, even though Japan, with its rich cinematographical tradition, is still one of the most productive and innovative film countries of the world.

That’s why 17 years ago students of film and media studies at Frankfurt University organized a small event for presenting Japanese films. This event has become the Nippon Connection film festival, showcasing more than 100 Japanese short and feature films every year, most of them as premieres. There’s everything from blockbusters and arthouse to experimental and student films, animation, documentary, comedy, tragedy, melodrama, and much more. A retrospective will be presented at the German Film Museum. For many films the directors, producers, and actors come all the way from Japan to talk to you, the audience, about their works, about Japanese society, and many other topics.

Anyone who has ever been to Japan or has had the chance to experience Japanese culture will be under its spell forever. So many beautiful and extraordinary things to discover – art, handicraft, music, food, sports, dance, literature… Therefore the festival also offers Japanese food, various stands and the “Nippon Culture” program: workshops, concerts, performances, lectures, an exhibition curated for Nippon Connection at Ausstellungsraum Eulengasse. The program isn’t complete yet, but it will definitely be unique and unforgettable!

Nippon Connection: that’s a six-day-journey to another world. A special place with unique encounters and conversations. Meeting old friends and making new ones. New horizons. A cinematic experience. A cultural exchange.

What’s going on? Here are some impressions from last year’s festival:
Photos / Video

Where can I find more information? www.nipponconnection.com

A festival for everyone who is keen on making new discoveries!

Support our project if...

We started out as amateur festival organizers. Over the years we have built up effective and professional structures. Thus we manage to organize a big event like Nippon Connection. As is so often the case in the field of cultural services, the entire organization team works on a honorary basis. Still, organizing a film festival costs a lot of money. Here are only a few examples of the expenses we have every year:

Partly the costs are covered by grants from the Land of Hesse and the City of Frankfurt, by proceeds from ticket and gastronomical sales as well as from advertising, and thanks to a number of sponsors. Unfortunately even this isn’t sufficient yet.

Financing the festival is a huge challenge every year. We love our festival and give it our all again for the 17th time. But we need your help for the festival to be a special experience with great films, a rich cultural program, and many exciting encounters once more!

The team behind the project is the non-profit Nippon Connection registered association. We have around 70 members, working on a honorary basis throughout the year to organize the festival.

We are students of film studies, Japanese studies, and other subjects; festival maniacs who can’t get enough of this special atmosphere; people with full-time and part-time occupations who offer their spare time; newcomers as well as veterans who have been loving the festival for 17 years.

Marion Klomfass is the festival director and has been fascinated by Japanese films ever since she studied theater, film, and media studies. She too works for Nippon Connection on a honorary basis. 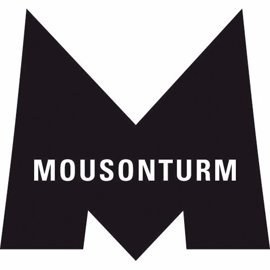 The renowned Künstlerhaus Mousonturm in Frankfurt am Main has been the main location and a cooperation partner of the Nippon Connection Festival since 2013.

Along with the Künstlerhaus Mousonturm, the Theater Willy Praml in der Naxoshalle has been the main location of Nippon Connection since 2013.

The arthouse cinema Mal Seh’n in Frankfurt is the festival venue for encore film screenings. 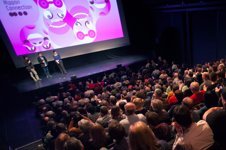