Crowdfunding finished
Nippon Connection – The Festival for Japanese cinema and culture is preparing its 19th edition. Over the course of six days, from May 28 to June 2, 2019, we present current films from Japan alongside inspiring workshops, exciting discussions, and barnstorming concerts in Frankfurt am Main. With a bite of sushi or a bowl of ramen, you will discover the feeling of Japan. Help us organize a unique festival!

For 12,000 € we can invite ten filmmakers and artists from Japan and reimburse their flight and hotel expenses.

Starting as a students’ initiative at Goethe University in Frankfurt, it has become the biggest festival for Japanese cinema worldwide. With more than 100 films and around 50 supporting cultural events, the festival is a prominent showcase for Japanese culture in Germany.

Japanese cinema differs from western cinema in many respects. It often takes more time to unfold its stories, the protagonists make other decisions than the ones we would expect from our usual heroes and thus, many films do not end the way we expect it. They offer another gaze at the world.

In German cinemas, you will hardly find a handful of Japanese movies per year, while TV usually repeats the same old classics. However, Japanese cinema is not only samurai, yakuza, and anime. Japan is one of the most productive and innovative film countries in the world, including a rich cinematic tradition.

Conveying this diversity has been the aim of Nippon Connection for eighteen years.

WHERE?
Locations in Frankfurt am Main include the festival centers Künstlerhaus Mousonturm and Theater Willy Praml in der Naxoshalle as well as the Deutsches Filmmuseum, the Mal Seh'n Kino and the Naxos Atelier.

Nippon Connection e.V. wants to present the diversity of Japanese cinema. Every year, we organized the Nippon Connection Film Festival in Frankfurt am Main, showing not only numerous Japanese short and feature length films, but also offering an extensive supporting program over the course of six days. During the festival, merchandising booths invite you to browse and take you on a culinary journey through Japan. All this is topped off by a rich variety of workshops, lectures, and concerts introducing Japanese culture.

Thus, we want to build a platform for the direct exchange between filmmakers and the audience. Numerous filmmakers and artists from Japan come to the festival every year in order to present their films, answer questions, and receive the feedback from the audience. They often praise the unique atmosphere of our festival.

Our festival is not only for cinema fans, and it is no longer an insider’s tip. Between films, workshops, and talks, it creates a space for new encounters and discoveries.

Nippon Connection provides cultural work recognized for its public utility. We do not make any profits from the festival. However, organizing the festival costs a lot of money every year. Here are just a few examples for recurring expenses:

Our expenses are mainly covered by ticket sales and gastronomical revenues during the festival week, by funds provided by the Land of Hesse and the City of Frankfurt am Main, and by the support of various sponsors. However, these funds are not guaranteed and have to be acquired and applied for every year.

This is where you come in! With your support, you can make sure that the Nippon Connection Film Festival will take place again in all its diversity.

The festival is organized by the non-profit Nippon Connection registered association. We are a team of around 70 members, including all age groups and occupations. We give all we can for the festival and sacrifice a great amount of our spare time. During the festival, we are assisted by more than 100 additional volunteers.

Marion Klomfaß is the festival director and one of the co-founders. She was already fascinated by Japanese films while still a student of theater, film, and media studies. She too works for Nippon Connection on a voluntary basis, her main occupation being a TV editor. 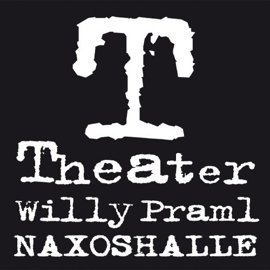 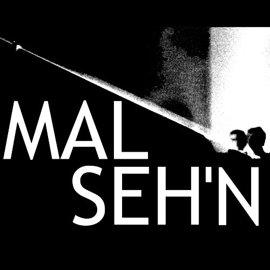 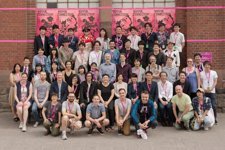