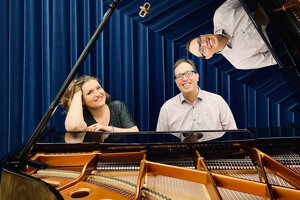 We will record a CD with a programme about the in between - a dimension within which resides freedom, dissolution of limits, and a spirit of departure
11,965 € (218%)