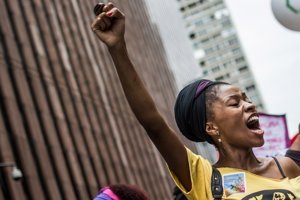 A film about the brave female musicians in Brazil today, fighting with their music for equality and democracy in a dangerous political scenario.
2,803 € (112%)