Will Viktor, a Russian hairdresser, win former Beatles member Ringo Starr for his big dream? Our documentary follows his journey starting from Moscow out into the world and tells a humorous story about passion and fantasy.

Viktor Golishnikov is in his late 50ties. The huge Beatles fan works as a hairdresser in Moscow. 1998 he finds out that one of his idols, the drummer Ringo Starr, is playing with the idea of opening a hairdresser's shop. This very moment Ringo's wish becomes Viktor's life dream – Opening a hairdresser shop in Moscow together. Now Viktor only has to convince the ex-Beatle of his business idea. And so he writes numerous letters to all the musician's known addresses and follows the drummer online. He tries to make connections in Russian cultural and economic circles, always hoping that those acquaintances might eventually meet Ringo Starr at a sophisticated reception party.
Unfortunately Viktor's endeavors during the past 15 years to meet the former Beatle weren't very successful. But even so, he doesn't loose hope and constantly comes up with new possibilities to get into contact with Mr. Starr in order to propose to at least name his future hairdressing shop after him.
Our documentary is about Viktor's story and his big passion. We will search for this passion's roots in Viktor's life and in his city – Moscow. The film odyssey takes off in Victor's youth during the 60ties, takes us on a journey through his dream and it will hopefully end with the desired meeting.
"Looking for Ringo" is a story about passion and fantasy so strong that they cannot be extinct by daily adversities.

In our documentary we want to accompany Viktor's daily life in Moscow and his search for Ringo Starr. As filmmakers we are partially dreamers as well and wish for Viktor's dream to become true.
We are convinced that the story of his passion lasting over the years can be a motivation for all of us to stay true to our own dreams. So we want to share this story with as many people of different ages and diverse backgrounds as possible to animate them to dream with us and fight for their own aims.

„Looking for Ringo“ can start any time now - Viktor has been ready and prepared for years. But for a good take-off into the film project we need a powerful starting shot from you.
Become supporters and dreamers of the first hour and be part of our journey! Help us to accompany Viktor on his search and be there from the beginning.
You can help us with a small or a big financial grant but also with practical advice. After the Small-World-Theory every human on this earth is connected to another human via approximately six acquaintances. http://en.wikipedia.org/wiki/Small_world_experiment
Could this also be possible for You or Viktor?
Become a Fan of our Facebook page http://www.facebook.com/lookingforringo and post ideas and proposals where Viktor could find Ringo and share the site with your friends. And if you have some Euros to spare, please support our project. Maybe You'll like some of the Thank-Yous we prepared for you.

With the money we collect on startnext.de, we want to finance the first steps of our project – the trailer. The trailer is a short movie explaining our theme and which will show how the future film will look like. The trailer functions like a key opening many further doors. The feature movie will be financed by co-productions with international partners, broadcasting stations and public aid money. In order to convince those institutions about our project, we need the trailer.
Of course we will make that short movie available online so you can directly see the result of your support and share it with your friends and acquaintances.

Scriptwriter and Director: Deniss Kacs (www.denisskacs.com)
My origins are in Moscow and I have known Viktor for almost twenty years now. Since my masters in Media Design at the Bauhaus-University in Weimar, I am working as a freelance director and editor. My big interest lies in life dreams and the people behind them. Viktor's story has already inspired me for the short movie „Dear Mr. Starr“ (www.dearmrstarr.de).
Production: Sarita Sharma, KINOMATON Berlin
I am a film producer in Berlin and I already produced Deniss short movie „Dear Mr. Starr“. Personal stories of people who follow their path in the context of historical developments and political given factors are of great interest to me. When Deniss told me about the real Viktor, who was the model for Klaus' character in „Dear Mr. Starr“, I was fascinated and convinced that his story needed to be told. 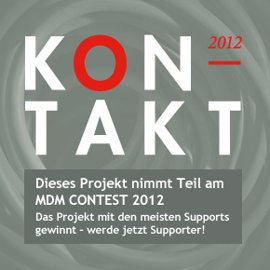 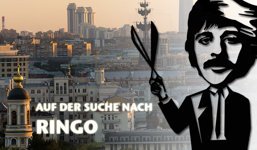