<% user.display_name %>
Log in
Photography
Rio - The Rhythm of a City is a photo book with inspiring images that show the vibrant and creative soul of Rio de Janeiro and lets you immerse in the rhythm of this magical city. The book is accompanied by an enclosed CD "RIO RHYTHMS" featuring Brazilian guitar music. Ahmed's audio-visual experience takes the reader on an extraordinary journey to Rio de Janeiro. See more photos on: www.musicianseye.com The campaign is promoted by the state capital Munich - department for work and economics.

If this goal is achieved, I will start the printing of 250 books.
Format: 220 pages, 170g gloss paper, thread-stitched, hard cover

The photo book Rio de Janeiro "The Rhythm of a City" with the enclosed music CD "Rio Rhythms" is my homage to one of the most beautiful cities in the world. This fascinating city was my second home for the past ten years. The photos taken and the music composed during this period tell my personal stories and illustrate my emotions and adventures in the city and with its inhabitants.

Through a musician's ear and a photographer’s eye, the book explores and contemplates Rio’s different moods. In 14 chapters, I share the most exciting moments I experienced from carnival to the stunning peaks above the city, and the many colorful people I met, including dancers, skaters, slack-liners, artists, musicians and models. My lens focused on Rio’s diverse architecture as well as its breathtaking panoramas. The book’s preface and commentary complement the photos and music with stories of the palpable life of Rio. The realisation of this project is the fulfillment of a long-cherished dream for me.

This book is made for people who love Brazil or who are interested in photography, Brazilian guitar music, or would simply like to travel to a visually stunning country in these times of travel restrictions.

You would help make printing this book possible. You will get a high-quality table-worthy photo book with a high-resolution audio CD. Working at home for this project is an alternative for me in times of restricted possibilities of concerts and workshops due to the pandemic.

With your support of ordering one or more copies of the book, booking one of my guitar workshops, or one of the other offers on the list, I will be able to pay the costs for the book layout and printing.

Ahmed El-Salamouny is a musician, a writer and photographer. Rio de Janeiro was his second home from 2010 to 2018. The fascinating rhythm of the city and the savoir vivre of its inhabitants inspired the music compositions for the CD and the photography in the book. Ahmed’s photographs have been published in music magazines like "Akustik Gitarre,” newspapers like the "Braunschweiger Zeitung," and in three books from Bruckmann publishing house: "Highlights Brasilien", "Die Welt and Feste" and "Highlights Südamerika.” He exhibited his photographs in Einstein Kulturzentrum in Munich, Kunstgalerie in Wertingen, VH in Ulm and VHS in Düsseldorf.

For more than twenty years Ahmed has been the artistic director of the international Brazilian Guitar seminar in Salvador and Rio de Janeiro. As a concert guitarist and world traveler, he provides a uniquely personal rendition of Brazilian music that instantaneously transports the listener to the clubs and beaches of Rio. He is considered one of the most renowned experts of Brazilian Guitar music in the Northern Hemisphere and is among the most prodigious writers and musicians who document the Brazilian experience.

Claudia Andrade is a Brazilian visual artist who who designed the layout of the book. She has a major in architecture and studied advertising design in New York City. Having lived in Rio de Janeiro for many years, Claudia translates her intimate knowledge of the city and its spirit into a visual memoire that complements the music and takes the reader on a memorable journey. 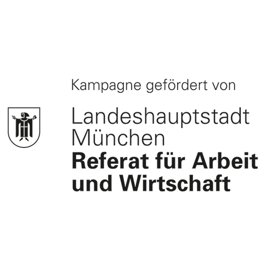 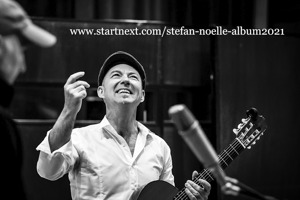 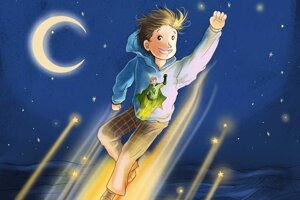 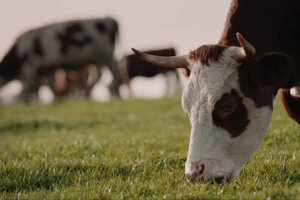 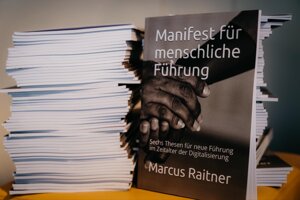 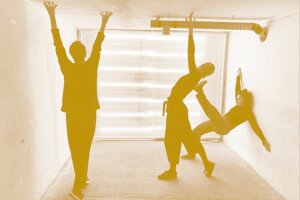 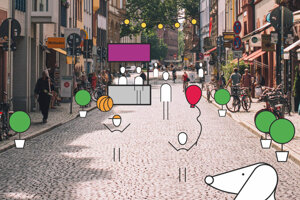 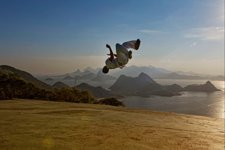 RIO DE JANEIRO - THE RHYTHM OF A CITY!
www.startnext.com