This documentary film provides a deep insight into today's roots reggae scene in Jamaica. What is this music and culture which is currently experiencing a new uprising all about? Join this journey to Kingston and feel the spirit of rising consciousness in this exciting time, meet artists and activists of the Reggae Revival movement as well as protagonists of the elder generation explaining what roots reggae music and culture is all about from their personal point of view!

Reggae music is more than just a style or fashion, roots reggae music is an expression of positive livity deeply connected to the message of Rastafari.

Roots reggae music and its message of one love had – and still has – a massive influence on masses of people all around the globe. There are reggae artists and people inspired by the Rastafarian movement everywhere. However, during the last decades this rich cultural heritage seemed to loose proper acknowledgement of mass media, politics and even the youths especially in Jamaica, the place of its origin.

During the last years a young generation of upcoming independent reggae artists, activists, writers, actors, graffiti artists and dedicated young people from different fields of art and culture formed a movement in Jamaica which is currently named the „reggae revival“. Surely this term is not meant to disrespect generations of impressive reggae artists who, without doubt, produced a massive amount of great reggae and roots music throughout all the years, while having an impact on huge masses of people all over the world.

What is interesting, concerning the reggae revival movement, is that most of the artists involved are working independently and trying to reach the youths of Jamaica by providing alternative ways to deal with problems of the younger generation. This is happening throughout various forms of cultural expression. Studying Jamaica's rich cultural heritage of roots reggae music, culture and Rastafari philosophy, the revivalists managed to form bands and artistic expressions which try to catch up a deep spiritual vibe that is spread to empower the Jamaican youths to seek self-consciousness and positivity within themselves, express themselves whether through artistic or other expressions and contribute to build a movement able to change life in Jamaica in a positive way effectively.

In our film „Roots and Culture“ we're going to portray artists and protagonists of the arising movement of roots reggae music and Rastafari culture. In close cooperation with artists we intend to point out the spirit and strength of the former reggae movement as well as presenting the revitalised power by this young generation concerning today's claims and perspectives. The film aims at providing a deep and personal insight into inspirations, perspectives and claims of those activists and musicians by creating a portrait of the contemporary roots reggae scene and reggae revival. We try to create a medium which can provide a means for a wide audience to recognize and understand these upcoming voices. With this documentary we want to contribute to an international recognition of this movement in the field of filmmaking.

Following the activities of reggae music for more than 10 years and interacting with the younger generation movement and its activists for more than two years now, our interest grew constantly towards our conviction that the movement created a high potential and energy for expansion and an ability to initiate important changes. We had some good interviews and conversations with Dutty Bookman, Kabaka Pyramid, Jah9, Protoje, Chronixx, Luciano, Matthias 'Fyahs', Iba Mahr, Yaadcore, Ranking Joe, U Brown, Prezident Brown, Linval Thompson,... as well as with journalists from riddim magazine and famous german directors Pepe Danquart and Wim Wenders. In Jamaica we intend to include many more activists and show places like Wickie Wackie, Jamnesia, Kingston Dub Club, Earl Chinna's Yard...

We think that there is no one who could talk about the story, development and efforts of roots reggae music better, than the people who are engaged in Jamaica. Such an energetic, interesting and inspiring movement should be supported to get a voice via the medium of film - free and independent. Our aim is to show and explain this topic to a broader audience.

For a high quality film project like this one, alongside experience, networks and passion we need financial funds, too. For this ambitious intent we plan to hire appropriate camera-, sound- and light-equipment. Furthermore, we would like to work with professional camera- and sound-assistants who can support us with their excellent works. Of course, we would like to be able to give them a fair pay. We need another amount of money for transportation and catering of the team.
The following editing and post-production play an important role and our scope is depending on financial resources.
Furthermore, in the case of overfunding we would like to use this potential by integrating another interesting narrative level namely the touring of some Jamaican artists in Europe. The more funds we can collect, the more comprehensive and high quality the film can get.

Jonas Schaul:
After being educated as technical design assistant for image and sound he began his academic studies at the University of Fine Arts in Hamburg with focus on documentary film with professors like Pepe Danquart and Wim Wenders. Here he realized several own projects, among them a long-term documentary shot in Guinea and Germany about West-African migrants in Germany and a film about the struggle of endangered subculture-clubs in Hamburg. Working for many different private film production companies, cinema and television productions like NDR he gained a lot of experience in this field. Jonas moves within the reggae scene for about 12 years, now. Various music and live concert videos followed and since 2010 he is part of Irie Ites online magazine.

Oliver Becker:
Oliver Becker has been working as correspondent, photographer, editor and translator for the english-german ReggaeNewsMagazine for three years. In 2006 he joined the Irie Ites online magazine, radio show, soundsystem and label. Besides writing reviews and doing interviews he is working as one of the presenters of the radio show, selector and promoter. During his studies of ethnology, sociology and cultural anthropology he put his focus on visual anthropology and realized several film projects. Thematically his focus is on reggae music and Rastafari culture. In addition he went through different internships at the Institute of Scientific Films and is working for the Executive Committee at the Göttinger International Ethnographic Film Festival (GIEFF) since 2010. 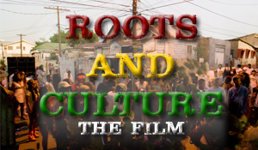