In the course of only one day, Paul’s seemingly perfectly life falls completely appart. The film explores the condition of one person as a metaphor for the state of a whole generation in present day Berlin. How often are our life choices determined by social conventions? How rarely do we listen to our inner voice before deciding what is best for us? Would we even be able to hear it? And what would it tell us?

Synopsis
It’s Paul’s birthday. He is 37 and at a point in his life, where he has reached everything he had wished for: professional reputation, a well achieved peer group, a beautiful wife with a baby on the way, and a tasteful apartment with a view on Berlin's "Tempelhofer Feld" - the newly opened park and former airfield - in the middle of the city. He feels like he has finally arrived... Or at least that's what he keeps telling himself. But the events of this day take a very unexpected turn, when Paul meets a stranger in the park who tells him to "open his ears". Paul must face reality.

Background
The idea for the film arose at a late dinner of director Charlotte Roustang and main actor Christoph Bach (German TV-Award winner for best main actor in 2010). Both had already worked together on previous projects. Their initial approach was to aim at a very small production with only one weekend of shooting. But quickly it became obvious, that the story needed a bigger framework. Charlotte wrote the script together with Carsten Ludwig (director and screenwriter of the motion pictures “66/67 – Fairplay war Gestern” and “1.Mai – Helden der Arbeit”) and went out to search for a production company. Many declined. “We don’t support short films – there is no money in it.” That was the standard answer she got. And it’s true. But Charlotte believed that she had a story worth telling. Finally she met the Berlin producers Susanne Mann and Paul Zischler (zischlermann filmproduction) who shared that believe and agreed to take on this low-budget project anyways. The first step was taken. With a production company on board, it was possible to apply for public film funding.

While waiting for the decisions of various film-funding boards, Charlotte started to put together a crew. First on board was cinematographer Moritz Kaethner, who had already worked on major international productions such as “Tree of Life” and “Inglorious Basterds”. Moritz was immediately compelled by the story and the cinematographic potential of the old airfield in Berlin. Over time more and more crew members came on board. Finally, in Mai 2010, the film was shot on ten days with a full-scale film of 50 people and 30 actors, all of which agreed to work for free in order to make this production happen and bring Charlottes story to life. But there were still gear, rent, transportation and catering needed to be paid for.

With the French-German TV station Arte as well as the German Cultural Ministry - who’s sponsorship came just in time - we where happy to find strong partners to cover most of these production costs.

Current state
We have already achieved a lot! With hard work and a first class, dedicated crew we where able to go a long way and shoot the entire thing. Right now we are in the process of editing and preparing post production. This means additional costs that we need to shoulder somehow. That’s why we hope for your support in order to finish this film in time for the Berlinale deadline!

Who is this film for?
“The Saviour” is a film for people who dare to ask: “What is the good life?” People who doubt that middle-class conformism is the way to go. People who are still open to changes in perspective and ultimately life, even though they might still hesitate… People like us.

Our film portraits a common life experience of young adults in our time. With vibrant modern day Berlin as the story’s backdrop, we chose a promising yet conflicted place that many feel drawn to. In that sense, this film is also made for all those Berlin-lovers out there, and especially for fans of the old airfield whose vast emptiness became filled with so much creative possibility over the past two years.

What is our goal?
The partnership with Arte not only assures that our film will be broadcasted on what might well be Europe’s finest TV-network. It also promises good chances for a successful festival tour. We plan to submit to international A-Festivals (such as Berlinale and Cannes) as well as national festivals in Germany and France. But first the film needs to be finished. That’s where YOU come into play!

We are more than happy with the result of the shooting; from acting over cinematography to set design. (Thanks to our fabulous and never-tired team!) We are determined to do justice to the great work that has been done. So we aim at the highest possible standards of postproduction to give justice to the potential of the filmed material at hand. That’s why we kindly ask you for your support.

If you believe in our project, you can now become a supporter and be part of the “Saviour”-crowd! In return, you can choose from one of the many exclusive gifts in the right side bar: DVD, Poster, T-shirt, premiere-tickets, and more. There is something for every interest and every budget. Take your pic, and help us to bring Charlottes vision to life!

The money will go directly and 100 percent into the finishing and distribution of the film. That means technical equipment and professional services, we can’t provide ourselves. As well as submission fees and shipping costs for festival entries, to reach the biggest possible audience. Once the editing is finished, we’ll have to do voice-over recordings in a studio, color correction, composing, recording of the score, sounddesign, and mixing to name a few. The facilities for that need to be booked and paid for. We have a good record at making good deals. But nothing is for free.

In order to finance these costs, we have set up not only the English-German campaign here at startnext, but also a parallel campaign on the French crowdfunding platform „Touscoprod“ (www.touscoprod.com/project/produce?id=366). So, we are actually trying to pull off a German-English-French co-crowdfunding. It’s quite an experiment, we know. But we are optimistic. The film will be made available in all three languages.

Charlotte Roustang
The French director lives in Berlin and has worked for many years as cinematographer, director, assistant director and casting director on short and feature films as well as documentaries. Before her “calling” as a filmmaker, she worked as a consultant for major corporations - a successful career, which she eventually traded in for her artistic passion and the uncertainties of the life as an independent filmmaker. “The Saviour” is also the creative examination of this personal life decision - true to the motto: Choose Your Life!

Martin Beierling
Martin heard of the project only after the end of the shooting and was fascinated by the story. When he saw the teaser and learned that that the film still needed money to be completed, it was clear for him that there are enough people out there who would also like to see the film and hence be willing to support. But they needed to find out about it. He offered to take on the online communication. Martin supervises the crowdfunding campaign and our facebook-page (www.facebook.com/thesaviourthefilm) together with his French sidekick Elodie Hachet. He also writes about the newest developments on our film-blog (www.saviour-film.com). 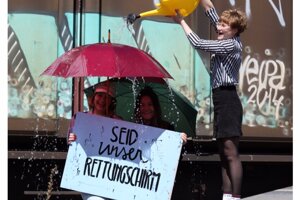 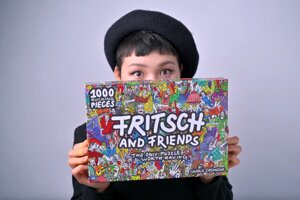 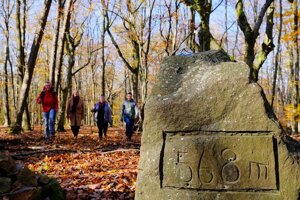 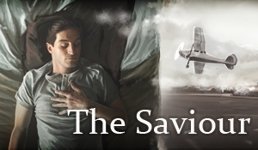