<% user.display_name %>
Log in
Science
This project is about Nazca in Peru and the lines etched into the desert floor. A World Cultural Heritage Site. The Erich von Däniken Foundation would like to commission the latest scientific research. The EvD Foundation has so far funded two Nazca expeditions. Undertaken by an international team of scientists, connected via Dresden University of Applied Sciences. The anomalies discovered need to be further explored. 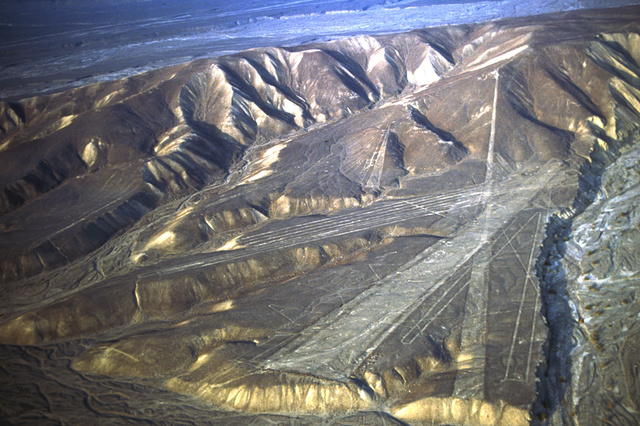 With your support, you will be enabling the third phase of the interdisciplinary research of the Nazca/Palpa Plain in Peru, together with the Erich von Däniken

We are looking to raise EUR 65,000. What for? EUR 65,000 is not an insignificant sum. What will the Erich von Däniken Foundation do with EUR 65,000?
Nazca is fascinating. Because Nazca's gigantic landmarks are many centuries old. The knowledge of a lost culture has been engraved in the dark, ochre subsoil, close to Peru's Pacific coast. These over 60-metre figurative animal designs, two-kilometre trapezoidal shapes, enigmatic markings, lines running straight across cracks in the ground and levelled mountain peaks have yet to reveal their secrets. The Erich von Däniken Foundation would now like to commission the latest scientific research.
What on earth is so important in Nazca? Firstly: Nazca is enigmatic, secretive and mysterious. The Nazca desert is both clear and opaque. It is magical, beguiling, logical and also absurd. Nazca's message is veiled and obscure; there are many contradictory theories about it. There are no easy solutions for Nazca. Science – or archaeology in Nazca – is attempting to apply our current knowledge and thinking to people who lived a long time ago and whose view of the world was different to our own. For decades, Nazca theories have emerged, all of which have ultimately had nothing convincing to say. Anyone wanting to understand Nazca, must think again. Another question also needs to be addressed – that of the natural sciences. This is the only way we can uncover the secrets of the lines and figurative designs in this rocky desert.
The Erich von Däniken Foundation has therefore funded two previous Nazca expeditions. Undertaken by an international team of scientists led by Dr K. Hartsch and Prof G. Reppchen and connected via Dresden University of Applied Sciences. As well as anomalies in the magnetic field, the scientists also discovered geo-electric irregularities. Electrodes in the soil emitted weak pulses of alternating current. The electrical resistance was then measured. And low and behold, at the intersections of lines and electrical measurement profiles, the measurement values far exceeded the expected result.

It soon become clear that there are anomalies in Nazca. But why?
 What material are the wide, slope-like lines made from?
 Are there different minerals or geo-chemical element compounds between the desert floor and the 'slopes'?
 Is there any evidence of any hidden technology that previous investigations have failed to discover, because they simply were not looking for it?
 Is there any information under the etched lines and figurative designs in the desert floor?
 Should new measuring instruments be used?

A scientific team from three countries has now found a way of getting to the bottom of this ancient mystery, using new methods. Which universities are involved in the research? Who is involved?

The target audience is anyone who wants answers to the unsolved mysteries of Nazca. For decades, speculation and archaeological opinions have abounded about Nazca, as well as the meaning and purpose of its soil images and vast levelling work. What is missing is scientifically measurable data. This will now be provided.

Archaeologists have never been able to solve the Nazca mystery, because they have only ever considered archaeological perspectives. There is a widespread lack of accurate scientific research that delivers measurable and repeatable data, which is reliable and transparent. Our NAZCA III project is intended to remedy this. So far, no such initiative has been undertaken. That is why we are taking action - no-one else is doing it and the old infatuation continues to circulate. Help us to implement this unique project. It will be a milestone in the exploration of Nazca, the major World Cultural Heritage Site.

The entire NAZCA III project will cost EUR 208,800. The participating universities have firmly committed to cover two thirds of this amount. There is a shortfall of EUR 65,000, which is to be generated by the Erich von Däniken Foundation via this crowdfunding.

The scientists participating in the NAZCA III project, who are collaborating across three countries, will methodically and systematically explore the Nazca area. They will:
 Take geo-physical measurements and use the new 'stone radar'.
 Perform laboratory studies of the soil chemistry, physics and mineralogy.
 Produce age determinations.
 And even use aerial and satellite image analysis. In order to compare various eras of the past 70 years and determine whether the impacts of climate change, environmental pollution and mass tourism are discernible on the sensitive soil drawings. Upscaling will also be used, i.e. upscaling the quality and intensity of images of Pampa de Nasca, for example, using the latest calculation methods.

IPRO-Consult Dresden GmbH/Germany is responsible for scientific management, planning and coordination. The Erich von Däniken Foundation/Switzerland is the client and investigator. 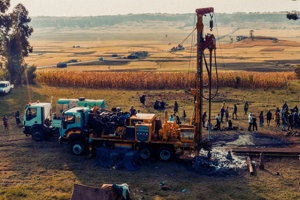 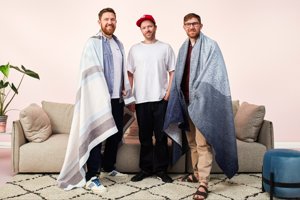 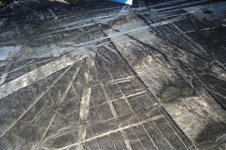