selosoda is the first caffeinated and unsweetened refreshment drink made out of the sun-dried coffee cherry from Panama. A natural supply of energy without additives, filled with antioxidants. Fruity, sparkling and absolutely versatile – to enjoy as a pure refreshment or as a filler in cocktails.

selo is a refreshing coffee cherry soda, sparkling and naturally caffeinated, with only a hint of organic citrus juice and no added sugars. With selosoda, we finally make full use of the coffee cherry, which is rich in flavor, caffeine and antioxidants. Thereby, we offer the first real alternative in a world full of sugary lemonades and artificial energy drinks.

selosoda does not only taste good, it also does good. Coffee cherries are the pulp around the coffee that we all drink (and love). Although coffee cherries are inherently full of taste, they remain mostly unused in coffee growing countries. selosoda will bring change: our direct trade model increases the income of coffee farmers by up to 50%.

Our vision: Make selosoda the drink of choice for conscious consumer. selosoda is an amazingly tasting, unique, invigorating and healthy drink, while at the same time helping farmers to harness the full potential of their coffee plants.

After months of product development, we realized our very first production in June 2015 and tested selosoda on the market. We have received valuable feedback from restaurants, coffee shops and bars and quickly realized how strong the demand for an unsweetened caffeinated refreshment is.

Goals
In case of successful financing we will be able to realize our first significant production at an acceptable unit cost and work together with restaurants and bars in pre-selected cities throughout Germany, Switzerland and Austria. Thereby, together we can have an impact in the country of origin, in this case Panama.

Target group
In Germany alone around 17 billion Euro are spent annually on non alcoholic beverages. With an average consumption of 120 liters of non alcoholic refreshments, the national soda market is huge. While consumption of sugary sodas has reached its peak and is even declining, functional and healthy drinks with reduced levels of sugar are experiencing the strongest growth of all drink categories.

selosoda actively targets conscious consumers and coffee lovers who are looking for a natural alternative to common caffeinated soft drinks, a new taste experience and an unsweetened, light refreshment.

selosoda is not only a refreshing beverage, but combined with alcoholic spirits as an absolutely versatile drink to enjoy. Enthusiastic bartenders and ginlovers in and around Berlin have already begun to combine selo with best spirits.

Even athletes who appreciate a naturally invigorating refreshment before and after training, are enthusiastic about selosoda.

selosoda is the first of its kind that is unsweetened and naturally caffeinated and fulfills our intention to create a high-quality taste. The soda also provides healthy antioxidants, which are abundantly concentrated in coffee cherries.

selosoda picks up the previously unnoticed potential and helps increase the income of coffee farmers by up to 50%. This is supported by the equitable and fair food chain we ensure via our transparent direct trade model.

The minimum amount of bottles we have to produce for an acceptable unit cost is 20,000, which we can not finance by ourselves.The more funding, the more bottles we can produce and the greater the impact will be of course. Only with your support we will be able to produce selosoda at scale and offer it rather sooner than later to selected bars, coffeeshops and restaurants. If we reach our goal of 50,000€, we can produce more than double the amount of bottles to significantly better conditions and start working with the first customers outside Germany.

I'm Laura and I developed selosoda - that’s easy to say. Without the support of a fantastic personal and professional environment, it would not have become a marketable product that fast.
selosoda owes (amongst others) many thanks to:

Thank you for the shooting!
Agnieszka, Franziska and Dominik are the experts on pictures, Matze, Flo (Flughand) are responsible for the beats. Lisa lend us her wonderful office, Kai his beautiful Westberlin, Carsten and Frank their Bryk Bar and Steven the Oslo as a setting. Miri, Verena, Lena, Anne, Tom, Julian, Janis, Romyna, Anna and Lu are the handsome actors and beautiful actresses.

Thank you for the press
We are proud to be able to work with the most caring and innovative PR team - muxmäuschenwild. 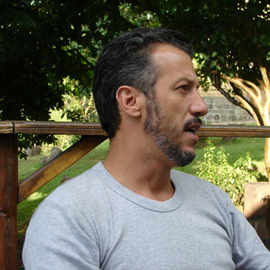 Graciano cultivates specialty coffees according to ecological guidelines in the region Boquete for decades, on the slopes of the volcano Barú in Panama. Since several years he is one of the few farmers who prepares also the pulp and the ski 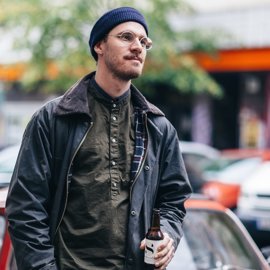 Bene is responsible for the selo design – the product and external communication would not be the same without him. 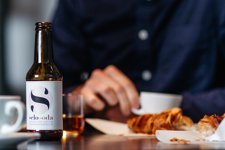