Crowdfunding finished
This year I want to bring out my second smalltape album as 180g double vinyl. But for that I need your support! Only with your help I can finance the pressing of "THE OCEAN“. At the same time we can contribute to the protection of the oceans. That means: if we reach the funding goal and the vinyl pressing is financed, every additional donation will go to the environmental organization "One Earth - One Ocean e.V." (OEOO). Also I will donate 10 % of the sale price of "THE OCEAN".

The amount covers the costs incurred for the production of a 180g double vinyl, that means mastering, vinyl cut, pressing, prints and GEMA fees.

The Album
Last year "THE OCEAN", the second album of my solo project smalltape, was released. This year I want to bring out the album as double vinyl edition. Both records will weight 180g and come in a wonderful gatefold cover. The package also includes an inlay containing the lyrics of the concept album and of course a download code to have the music as mp3 or wav files.

The Bigger Goal
As soon as the required sum to finance the vinyl pressing is reached, every additional donation – and 10 % of the sale price of "THE OCEAN“ – will go to "One Earth - One Ocean e.V."(OEOO). This is an environmental organization that set itself the goal of developing and implementing a concept, as water bodies worldwide can be freed from plastic waste, but also oil and pollutants.
This issue is very important to me. In my childhood I spent a lot of time at the seaside. I literally grew up with the sound of waves, with the taste of salt water and with sand on my feet. Still the sea is an incredibly fascinating place to me and inspired me to write "THE OCEAN". This makes it even harder for me to see in which state our oceans are. How could such an ancient, mysterious and magical place become a downright swamp of plastic and litter? And more important: what can I do against this?
I really thought a lot about that and decided not only to change my daily consumption behavior, but also to help to do something against the catastrophic state of the oceans.
To find out why I decided to support „One Earth - One Ocean“, check out this video.

What you get
Of course I want to thank you if you will support me and this project. That’s why you can choose from several thank-you gifts which you find on the right side of this page: e.g. "THE OCEAN“ as CD or vinyl, a smalltape bag, a special edition of my first album "CIRCLES“ and much much more.
Just click on a gift in this list or choose your own amount of donation. After the crowdfunding campaign is over, you will receive your thank-you gifts (probably in July).

Your support enables me as an independent artist to release a wonderful and high-end format of "THE OCEAN“. And if we reach the funding goal, we contribute to the protection of the ocean – an issue that concerns us all and a theme to which I commit myself.
That means: your donation not only pays off if you like to support me, my music and smalltape but also if you want to do something against the littering of the seas.

The mastering engineer and the pressing plant will be be paid, every additional donation will go to One Earth – One Ocean e.V. (OEOO) and you will receive your thank-you gifts.

smalltape is my solo project, so behind this campagin you'll find me – an independent artist that can realise his music with the help of your support.
For more information, check out:
the smalltape website, Facebook, Instagram and YouTube.

This website is also available in ENGLISH, however it's hard to find out. There are three bars in the upper left corner. If you click on them, you should be able to change the language from DE into EN. :-) 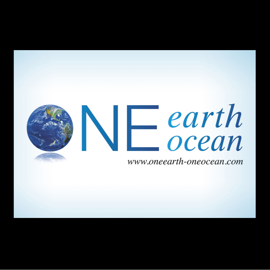 The environmental organisation One Earth – OneOcean e.V. (OEOO) has set itself the goal of developing and implementing a concept, as water bodies worldwide can be freed from plastic waste, but also oil and pollutants. 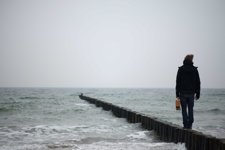