I want to produce a CD with the most beautiful and important songs by Richard Strauss, celebrating the 150th anniversary of the composer. With Timothy Sharp, baritone and Jan Roelof Wolthuis, piano 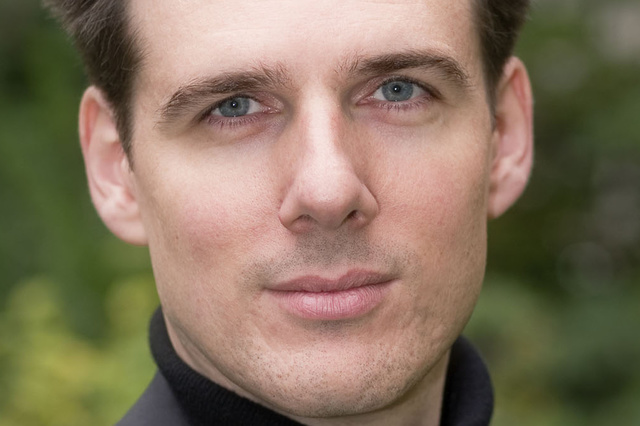 "I have to admit, that my songs are amongst my dearest works in my whole oevre". , mentioned Richard Strauss to the great Hans Hotter, who was visiting Strauss at his home. He was endowed with a gala recital in honour of the composers 80th birthday and the composer agreed to go through his songs with the singer.
Together with Strauss at the piano, Hotter went through the compositions from a period of over 60 years and was overwhelmed by the splendour and diversity of Strauss' Songs. Already as a tennager Strauss started to write songs with piano and up to this day we can still enjoy many of these early masterpieces that have found their way into almost any classicals singers repertoire. No wonder: they have great melodies, are full of passion and are equally fun to sing and to listen to!

Strauss musical language in combination with the lyrics of his contemporary poets, like Gilm, Heyse, Schack, or Mackay but also in combination with classical poetry like Gothe, Heine or Friedrich Rückert has its impact on us today just as on the people of the fin-de-ciecle. Especially the subject of love and eros are treated in a very modern way. You can feel that psychoanalysis and Freud were shortly before their breakthrough.

And last but not least, Strauss gave us some of the most beautiful and compelling melodies. This should be the ideal way to celebrate the composers 150th birthday.

In honour of the master I, Timothy Sharp, in turn a former student of Hans Hotter, who has taught me many things about the Strauss songs, want to perform a program with some of the most georgious and important songs by Strauss, but you will also be able to discover some unfamiliar songs.
The new ting about this program is, that I have created a new "song cycle" that shows us the different phases of human love and life, from teenage foolishnes to the joy of the early love, up to the loss of your beloved and the last age.
"A Life In Song"

After two recitals with this program in January and May 2014, we want to record the CD in summer 2014, so that we can release the CD this autumn.

This CD goes out to all lovers of the german "Lied". You can simply enjoy the music, or take the booklet read the lyrics and try to deal with the facettes of life and try to feel what the poet has felt.

If you already have liked my Schubert-CD "Nacht und Träume" you will love this one!

During my studies I have worked with Hans Hotter on the Strauss songs. That is why they have become very dear to me.
I think I possess many precious informations on how to perform these songs, that I want to put on a CD.

Also I have had some great successes with Strauss songs. As a young singer at the Mirjam-Helin competition, a highly prestigious singing competition in Helsinki/Finland, I have chosen only to sing Strauss songs in my Semi-Finale which brought me the Special Price For the Young Talent.

I feel very attached to these songs and I think especially this program will make a great CD.

The money will be 100% for production purposes. We need to rent a hall/church and an instrument, a person who tunes the piano, etc. Then the recording itself is very expensive, as well as the CD-production (pressing, Booklet, etc.) itself.

If we manage to overfinance this project, we will put some effort in advertisement to make it more popular.

Timothy Sharp was born and raised in Germany. He studied voice at the Hochschule für Musik „Hanns Eisler“, Berlin, with his own mother, the reknown soprano Norma Sharp and in numerous master classes with Hans Hotter, Peter Schreier, Brigitte Fassbaender und Dietrich Fischer-Dieskau.

Sharps stage-repertoire includes numerous classic parts, like the Count („Le nozze di Figaro“), Papageno („The Magic Flute“), Figaro („Il Barbiere di Siviglia“), or Olivier in R. Strauss „Capriccio“, but also roles in operas of the 20th century, like Il Malaspina in S. Sciarrinos „Luci mie traditrici“, that has been recorded on CD and has been awarded with the prestigious „Choc du Monde“ and has been chosen CD-Of-The-Year 2004 by the London „Guardian“ .

As a concert singer he sang under coductors lke Enoch zu Guttenberg, Martin Haselböck or Nikolaus Harnoncourt, what led him to venues as the Wiener Musikverein, Philharmonie Berlin, Munich and Essen, the Stuttgarter Liederhalle, and many others.

His affection belongs to the German Lied. Being a laureate of several internationaler competitions he peformed recitals at reknown festivals, like the Schwetzinger Festspiele or the Ludwigsburger Schlossfestpiele. But also in numerous reitals that led him throughout Germany he was able to spark his audiences with his style of interpretation and his voice.

His first Solo-CD, „Nacht und Träume“, with nocturnal songs by F. Schubert was released in 2006 by Roner Records. After the succesfull world premiere of the song cycle „Max und Moritz“, by Guido Rennert with the German Saxophone Ensemble he recorded this piece for the label TYXArt. Timothy Sharp will perform this piece with the German Saxophone Ensemble also at the Schleswig Holstein Festival and the Rheingau Musikfestival.

The CD will be officially released on the 3rd of April 2015! 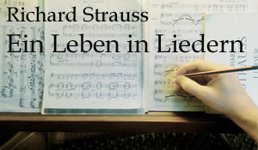