Crowdfunding finished
The animated short film THE SAUSAGE RUN is almost completed. The film is a variation on the well-known Grimm's fairy tale Little Red Riding Hood. It’s about sausages, greed and wheeling and dealing. We want to enthral the audience and present this film to festivals as an unusual visual narrative form. However, our high demands for the quality of our work exceeded the budget. We still need 50.000 € to finance it. You can make the film to ‘your’ project. Even the smallest amount is welcome!

If we reach 9.000 € you help to repay the debts for the sound design and the music. By reaching 24.000 € we pay the additional costs for the image editing.

As always with my animated shorts THE SAUSAGE RUN is an unusual and complex film. The narrative structure is based on Little Red Riding Hood.

In our fairy tale version animal and human characters are reversed: the big bad wolf is a human being and the people are animals: Little Red Riding Hood, her mother and in our case, grandpa are sheep. The forester and his wife are dogs.

With a mixture of humour, cynicism, tragedy the film expands on the idea how greed leads to corruption and a deadly pact. It’s a film which encourages reflections.

New is the ‘visual language’ of this film, telling the story through Zoetropes. The Zoetrope is an early cinematographic device that brings drawn figures seemingly magically to life. Zoetropes were important precursors to the invention of film in the 19th century.

Typical of Zoetrope film sequences (paper strips with 12 to 16 drawings) are simple repetitive movements such as running, waving, hopping, opening and closing etc..

On the one hand the film specifically employs this principle by using sequences of drawn running scenes and such like. On the other hand, keeping up with the feeling of the revolving drum, the fairy tale ‘horror’ story itself is seamlessly mixed in with the visual technique.

With regard to the music composition the synchronicity of rhythm and animation is very important. The music should also play with repetitions and interplay with the rhythmic sounds.

The premiere is planned to be in Kassel end of 2021.

The film aims for a wide audience from the age of 12 years upwards.

For its global distribution I'm going to

In return, we offer material and non-material thank-you gifts:

For example, a do-it-yourself-Zoetrope-set, vouchers for streaming my films or tickets for my animated film show.

Larger sums will be named in the credits of the film with special highlighting, e. g. with a logo, and you are personally invited to the premiere.

The film is supported by Belgian and German film funds. But for a successful funding application, the costs had to be calculated very tightly.

The subsidies were used up last year, because:

Thus, we need another 50.000,- € to finance the film. To keep the production process going, I borrowed money privately.

The higher costs result from

It is up to you to become our fellow funder, co-producer or patron.

We are thankful for any small - or big - contribution.

We do not have a dedicated funding aim. So, in any case, your support will be paid into our production account minus 7% fees that go to Startnext and the payment service provider.

I'm Thomas Stellmach, a freelance animation filmmaker and producer.
I live in Kassel (Germany) since my studies at the Department of Animation at the Kassel Academy of Art.
One of the particular strengths of my film projects is the variety in the artistic implementation. I attach great importance to new forms of design and narration.
It fascinates me to use different animation techniques such as stop-motion, 2D and 3D computer animation, cartoon, pixilation and experimental gouache/ink techniques.

For my current project THE SAUSAGE RUN, I have a superb team of co-workers from Germany and Belgium who have been working on the film since October 2018. 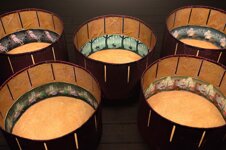