Movie / Video
VOICES is a documentary short film about transgender people making use of their personal voices: Malvina trains her voice at the Moscow LGBT* Community Centre, in a group for trans women lead by Vasilisa, a choir director. In Berlin, green political activist Claudia speaks out through the medium of photography, while Luis embarks on a testosterone therapy program that will hopefully cause his voice to break. // The donations generated on Startnext.com shall cover the costs of post-production.

VOICES is a documentary film (ca. 25 min.) shot with transgender people in Berlin and Moscow. By focussing on the role of their individual voices, stories unfold from their personal lives and daily experiences - stories of personal agency and overcoming transphobia.

Our film shoot is done and now the time has come for cutting the film, the sound edit and colour correction. For financing this last phase – our post-production – we are looking forward to your generous support via startnext.com!

In April 2017, VOICES shall premiere at the goEast Film Festival (Wiesbaden), which was also our kind sponsor for the shooting phase.

VOICES is a film where transgender people speak out on impactful life experiences cis-gender people may well not be aware of. Rather than being given a voice by others, they speak for themselves.

The film is to be screened at festivals and online (in consideration of the protagonists' personal safety) to reach a diverse audience, world-wide. Amongst them are those who have had little if no contact with transgender experiences, as well as transgender people who are affirmed and inspired by the stories shared by the protagonists. Ultimately, VOICES speaks to all of us by highlighting the privileges attached to our individual voices - powerful instruments for making ourselves heard.

VOICES calls for the support of those who believe in the importance of a social dialogue where a diversity of voices can be heard - especially those who previously were granted little "voice" in this, such as transgender people.

We also call for your support if you believe in supporting film makers who are using their craft to make a social impact. Unfortunately, even low- to no-budget films are not for free, so we are grateful for all the support we can get.

The money raised on startnext.com will be used to cover the essential costs of post-production – the final phase of a film project. These are material costs (technical equipment, DVD-production, postal and festival application fees), as well as a compensation for tasks such as the film edit, sound-mix, and colour-correction.

VOICES is produced and directed by the creative trio Ekaterina Izmestyeva, Karolina Panferova and Pierre-Yves Dalka.

Ekaterina Izmestyeva (*1987) was born in Moscow, finished Ballet School, and graduated first from Moscow Pedagogical University (M. A. Philology) in 2010 and then from VGIK – Gerasimov Institute of Cinematography (film studies). For the last three years she has been working as a film editor and camera operator for Russian media stations. Since 2011 she is involved in the Russian LGBTQI-movement as activist and documentary filmmaker. She now studies film at the University of Fine Arts in Hamburg, Germany.

Pierre-Yves Dalka (*1988) grew up in South Africa and studied cultural and comparative literary studies in Germany. He’s been making fiction and documentary films from a young age with a special focus on social issues intertwined with individual biographies, such as refugees in Germany (HEIMAT, 2012) and the oppression of homosexual relationships (BLEIB BEI MIR, 2016).
/ www.daruma.media

Karolina Panferova spurned the idea for VOICES and has been an active part of the team ever since, functioning as producer and sound operator. Her last collaboration with Ekaterina and Pierre-Yves was the award-winning short film BLEIB BEI MIR., which was entirely crowdfunded via startnext.com

goEast – Festival of Central and Eastern European Film launched OPPOSE OTHERING! in 2016, with the support of Foundation Remembrance, Responsibility and Future (Foundation EVZ). 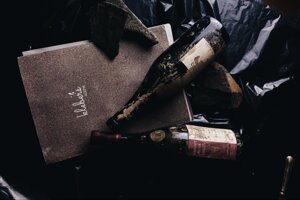 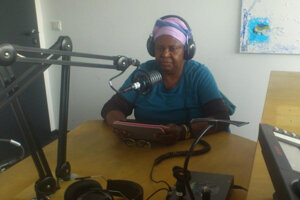 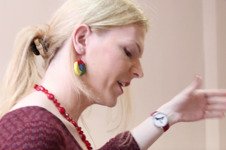