Community
From Casa "Cooky" to Casa Cuba. Why cookie? A former cookie factory in Hamburg. With black steel beams and white walls. With pipes and cable trays, with a new dance floor and old walls. Which Casa? It will be the "Casa Cuba". The home of cuban dance school "Bailar Cubano Papito Chango". It needs a soundproof ceiling to make dancing with music possible. For the future and for all those who want to dance again. In their new living room. And for all who want to participate in Cuba in Hamburg.

With "Casa Cuba" the dance school "Bailar Cubano Papito Chango" gets own rooms to dance Salsa, Reggaeton, Rumba and Son.

To prevent the neighbors' ears from falling off, Casa Cuba needs a soundproof ceiling. This hides the beautiful domed ceiling, which accounts for much of the industrial charm of the former cookie factory - but better that than dancing without music.

Dance floor, mirrors, sound equipment, seating area - everything already there.
We want to dance again, sit together and live and feel Cuba. For this, soundproof ceiling and partition walls for office and sanitary rooms have to be installed.

"Casa Cuba" brings a piece of Cuban joie de vivre to Hamburg.
Papito Chango wants to make the "Casa Cuba" fit for the new start after the dance break.
A former cookie factory, centrally located in Hamburg, airy and bright and offers exactly what is needed for classes, workshops and much more.
It has charm and atmosphere. It has a future - as a bit of Cuba in Hamburg.
Casa Cuba should become more than just a dance studio. It should develop into a cultural center for children, young people and adults who want to learn more about this culture and where people can exchange experiences.
Therefore not only the friends of Cuban dances are asked - the "familia" of the Salsa scene.

Also all friends of Cuba should be able to come to one place to extend or refresh their vacation here. Those who are interested in culture and traditions will find contacts for exchange.

We, the friends and dance students of Papito Chango, want to support him as a person, as a teacher, as a dance teacher and as the one he stands for.

And thus also secure the future of this project. We are already enjoying what will be possible for us in the future at "Casa Cuba".
And we think that it must not fail because of the constructional requirements and their financing.

To all the people who believe in dreams. To all those who want to know or understand the culture of Cuba. To all friends of Cuban dance styles, joie de vivre and music, we would like to say: Let's bring Cuba to the North!

"Fighting for your ideas" - a Cuban phrase that everyone who has dreams and ideas is happy to join.

We want to encourage everyone to pursue and realize their own dreams and goals.

In the process, something can be learned - be it dancing, drywall construction, renovation, filming ....
and: that Cuba is more than rum and beach.

Join us on the way to make the dance school Bailar Cubano Papito Chango and the "Casa Cuba" much more than just a dance school.

You can expect:
A journey into a new body feeling, insights into unknown traditions and the love of life from Cuba.

"Really rich is the one who has more dreams in his soul than reality can destroy!" (Hans Kruppa)
This describes very well the Cuban way of being rich - but not paying a drywaller.

Let's work together to turn a dream into reality.
Not everything can be calculated yet - not in these times.
But let's look positively into the future and plan for it.

Every supporter will be a part of this future - and participate in it.
In the joy of life, in the music, in the dance and in the common dream - of a piece of Havana, Guantanamo, Santiago.... in Casa Cuba.

The room is almost ready - the dancefloor is in place. The mirrors are hanging, the decoration is in place and only one piece of wood is missing for the finished bar.
With the funding, the craftsmen go to work and pull in the soundproof ceiling, build the partition walls to the office and sanitary area.

1st Fundingziel 2500 Euro: A lot of things have already been contributed by all participants, but we would like to finance the costs for metal profiles, acoustic panels, rock wool, connectors, the one or other coffee for the craftsmen or the thank-you gifts as well as the webstories with the first goal.

2nd funding goal 7500 Euro: If the second goal is also reached, the construction of the partition walls and the additionally necessary sanitary facilities will start. Maybe it will even be enough for a small image film.
So that more people can get to know the concept and the ideas to find a piece of Cuban home in Casa Cuba.

Papito Chango, 40, real name Yoanner Estevez Ortiz, from Guantanamo, Cuba. He has been in Germany for 8 years and is the owner of the dance school Bailar Cubano Papito Chango since September 2018.
Papito Chango, who besides being a dance teacher and father, is also deeply rooted in his culture.
Who philosophizes about people and the world as Babalawo. Who has studied the Afro-Cuban dances, who floats elegantly over the dance floor in Son and spices up Salsa. Who shakes all body parts one by one during Reggaeton.
And who explains the world with a charming smile.

His wife Kathy, who supports him energetically in everything besides her job and their four-year-old son.

And his friends and dance students, who have supported him since his first own classes, as well as the association Tanz, Tradition und Kultur Kubas e.V. (Dance, Tradition and Culture of Cuba).

Two years ago they were able to witness the start of "Bailar Cubano Papito Chango".
Claro - Salsa steps can also be learned here. But there is more behind it!
More history of Cuba, more tradition, more Afro, more Rumba - and a lot of Papito's personality.

They accompanied every step in Casa Cuba. Sawed, screwed, sewed and hammered.
Now it's up to the experts.

And then we will be back! With you - the "familia"! 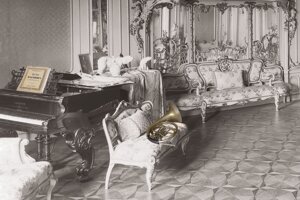 More salon music from the Bremen Fischer edition for horn and piano.
679 €
38 days 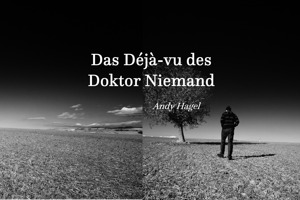 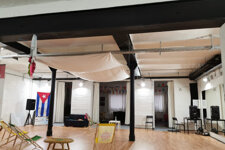