As they say: Haste makes Waste, and at the end of the day it only matters what the result is. It has long been my passion to refine interpretations, as you do ageing good wines. What makes a good record? For one thing you need a main thread, for another thing contrasts. And once for all, the ingredients have to be of first-rated quality. So in a way you have to understand how a master chef operates preparing a menu. My personal menu is being prepared now – would you give me your feedback?

In all art-making you will learn to instinctively tell when something is ready. It's like, when apples start ripening, you smell it in the garden. And if you happen to sit underneath an apple tree (and especially if your name should be Newton...) it means to you: Take action!

That is what is happening to me with the four Ballades by Frédéric Chopin. It all started years back in Freiburg where I used to study for some years. I eventually attended a seminar by the legendary Professor Eckehard Kiem, who let us analyse all the four Ballades, bringing about such a vivid picture about Chopin's way of composing that it opened a whole new musical perspective for me. Ever since I've been playing them in my concerts and it has become obvious that the way I see Chopin's Ballades corresponds to the way I see life.

Another story that goes way back is the Images I by Claude Debussy. I originally learned them in London and have ever since been fascinated by the richness of the cross-references in Debussy's music. He builds a whole musical world out of subtly chosen reminiscences such as Wagner's Tristan Chord, the Gregorian song and whatever. All treated with that unique French facilité that lifts you up wherever you be.

So the whole thing here is about picking those apples just as they are at their juiciest and sharing them with all. I am going to record a CD with this programme:

The record will be released under the label http://www.editiontroy.com/ I will do all the recordings at http://www.studiop4.de/ which is the former main broadcasting house of the GDR (they still have fabulous equipment there!) The most important single factor though is the grand piano. I'm truly lucky having found a perfect instrument, that is the Steinway D No. 544.277 that is owned by http://colibri-pianos.de/ and they agreed to lend it to me for this recording. It will be looked after by Michael Roeder, one of the top piano technicians in Berlin.

Let me be clear about this: this should be a quality product. I'm not going to make this easy for myself, but in return, you should have a record that you would grab more than once off your shelf. This should be something for connoisseurs and your connoisseur opinion would be greatly appreciated in the run-off already. Goes without saying that we work with microphones by Neumann and Schoeps and the grand piano will be that Steinway D No. 544.277.

There is still something that comes to it, namely the booklet. It will be written by a professional music writer and the graphic design of the box is a priority.

Right, let me put it in this way: If I run a record company, I will have to take into account any financial risks and those considerations will seriously narrow my ability to operate. But if I start an Indie project at Startnext, I will be free to materialise whatever I consider to be artistically of value. That's a great difference!

AND THE TIME IS NOW! Next year there will be lot of contemporary music going through my fingers and I will not be able to concentrate on a Chopin-Debussy recording the way I can do now. It's about catching the results now that everything is prepared and fresh.

I will book two recording days à 8 hours. The grand piano will be carefully voiced and tuned. My strategy will be to play in several complete takes of the pieces so as to minimise the need of editing. There is something that we don't always consider: one has to be pretty damn fit to stand over a recording session of eight hours! No matter how well you are prepared, if you get tired too early amidst the process, your results will be disappointing. I keep fit on regular basis, if you are interested, you can see part of it on sportstracker: http://www.sports-tracker.com/m/profile.php?username=samivaan

After recording sessions I will go through the whole material multiple times, making notes and trying to understand what the natural flow of the recording is. Subsequently we will discuss it with the sound engineer.

Next step is the post-production that will take several weeks and make use of multiple critical ears. As a result there will be a master that will finally be pressed.

What if I get more money than I ask (this is always possible)? I won't hesitate a second to book a third recording day, several days after the original session. For there will always be something you'd like to do better, especially as some time passes from the event. Secondly, if there is more money, I would ask the booklet writer to go more in depth to the subject. There is always a new perspective that you can bring in if you have the capacity to do so. And every additional Euro will go to further refining the sound picture of the pressing master. 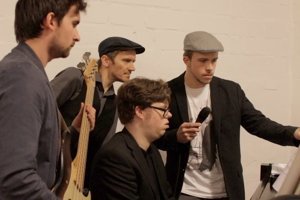 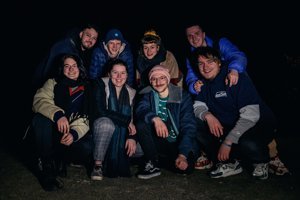