Crowdfunding finished
ANIMAL UTOPIA is a collection of various works by the artist Hartmut Kiewert, who is based in Germany. It offers new perspectives on human-animal relationships and depicts animals as individuals. In the form of an art book the paintings enable viewers to encounter these sentient and social beings in new and more empathetic ways, so that the utopia of a respectful and non-violent coexistence can become reality.

In our society perspectives on non-human animals are mostly shaped by objectification and oppression. We see them as food on our plates, as numbers in agribusiness, through bars in zoos or microscopes in labs.

The works of Germany-based artist Hartmut Kiewert juxtapose this view with an entirely different one. A new perspective that recognizes animals as individuals, displaying forms of coexistence on equal terms and without oppression and violence.
His paintings, which are going to be published in book form, relativize the solely anthropocentric perspective and enable viewers to encounter these sentient social beings in new empathetic ways. Thereby these utopias can become reality.

Explanatory notes by philosopher and author Hilal Sezgin and art historian Jessica Ullrich embed his works in both art historical and current ethical discourses and will be included in German and English.

For a first impression use this link

Compared to most of the numerous non-fiction publications regarding animal rights, this book is meant to address the topic in a more visual, approachable as well as a more positive way. Instead of being immediately deterred by brutal slaughterhouse scenes, people who are interested are introduced to current moral questions with a gentler and more optimistic outlook, the keynote of which is not "Look at how horrible all this is!“ but rather "Look, this could be a peaceful alternative“.
Correspondingly the target audience for this project consists of people who are generally interested in dealing with moral questions of consumption and human-animal relationships and prefer being addressed in a rather direct way. And of course people who are interested in contemporary political figurative painting in general.
Ideally this will lead to a more compassionate view of non-human animals so that their exploitation and killing will be buried in the ash heap of history.

By supporting this project you contribute to spread these (at the moment still utopian) depictions of a peaceful relationship between humans and non-human animals and to establish a new perspective on animals in the long run. This change of perspective is necessary to overcome current conditions of oppression and exploitation.
Incidentally you enable people who don't have the means to visit exhibitions to still participate in aesthetically pleasing contemporary political art.

The money will be used to pay for the actual making of this high-quality book which will be printed in Europe on exclusively recycled paper in vegan colors free of mineral oil.
Reaching our goal would also allow us to pay for other parts of the production process which at the moment are being done unpaid, such as various editing and organizational tasks.

I, Hartmut Kiewert, born 1980 in Koblenz (Germany), studied painting at Burg Giebichenstein - University of Art and Design Halle, was a scholar of the German National Academic Foundation and graduated with honors in 2010. Since 2008 I've been concentrating on dealing with human-animan relationships, living and painting vegan. In this subject I've found a pictorial topic that not only has been on my mind since my childhood but also lends itself to be rehandled and discussed in paintings. On the one hand the social status of animals has been playing a role in visual arts since early cave paintings, on the other hand art can be an excellent means to challenge norms and current conditions and to show new perspectives on the world.
Recently my paintings were on display in numerous solo and group exhibitions, for example in Hamburg, Berlin, Leipzig and Dortmund. In 2012 I already published my first art book "»mensch_tier«" with compassion media and I'm happy to collaborate with this collective once again!
Since 2014 my studio is located on the premises of the old cotton spinning mill in Leipzig (Germany). Apart from my work as an artist I'm part of various emancipatory social movements, especially of course the animal rights movement.

We, the publishing house compassion media from Münster, Germany, are a division of the collective roots of compassion. Having started as an idea of two individuals who went to shows, protests and other events with yummy vegan chocolate cakes and information leaflets, roots of compassion has, since its foundation in 2001, developed to become a well-known part of the German animal rights and animal liberation movement.

Since 2009 we have been publishing various kinds of media items related to veganism, animal liberation and social criticism such as the first ever illustrated German vegan cookbook „Vegan lecker lecker“ („vegan yummy yummy“) or the German translation of „Why we love dogs, eat pigs and wear cows“, the first comprehensive commentary about the psychological mechanisms behind the consumption of meat and the ideology of eating animals by Harvard psychologist Melanie Joy. 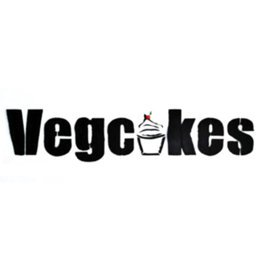 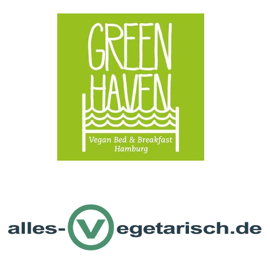 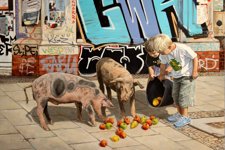