Anthroposophy, psychology, self-observation, observation of thinking, introspection. By means of the method of self-observation (introspection) we want to investigate concrete thinking processes and everything what is connected to those, the whole area in our consciousness which revolves around thinking.

By means of the method of self-observation we want to investigate concrete thinking processes and everything what is connected to those, the whole area in our consciousness which revolves around thinking. This method of self-observation (introspection) was used by Steiner in his early writings and by psychologists who were working in his time, and is used again by contemporary psychologists (for example dialogical introspection and Claire Petitmengin) to investigate thinking and other inner phenomena. The goal is to research human consciousness with psychological means. This way of investigating human consciousness, like Michael Muschalle shows in his publications, is exactly what Steiner envisaged, however during his life it was not possible for Steiner to investigate this field in a detailed way by means of the introspective method. In the contemporary anthroposophic research community, this project has not been sufficiently addressed. We are dealing here with the foundations of anthroposophy and therefore this project is crucially important to ensure strong foundations for this young science, and to ensure that anthroposophy gains sufficient self-understanding. But it is also important for the science of psychology to renew its investigation of psychological phenomena by means of an empiric, qualitative method, which is exactly what the introspective method provides. By means of this project we want to make sure and steady progress. Investigating the whole area of thinking – and we have a very broad conception of this area – in a single project is definitely not manageable. We have formulated a set of very concrete questions, in line with where and how contemporary psychology and anthroposophy are positioned in terms of research nowadays. Proceeding in this way, we want to make a concrete beginning and show other researchers that such a project is highly useful and necessary. We are dealing here with an area that has been barely researched, a new ‘continent’: the reality of inner, psychological phenomena which is ready and waiting to be investigated with empirical means.

In our case, the proceeds from crowdfunding will be used to release Merijn Fagard from the need to provide an income for the period of one year, so he can dedicate himself to investigating questions about the observation of thinking and, practically, can set up a range of psychological experiments with test subjects. Another part of the proceeds – the smaller amount – will go to creating reward-packages for supporters of the project, insofar that books need to be printed and shipping costs arise.

Further information and a short biography can be found here: https://denkbeobachtung.eu/documents/forschungsprojekt.pdf 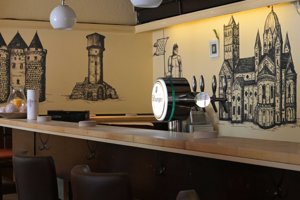 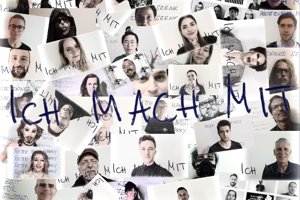 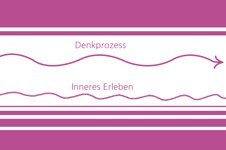 The Observation of Thinking
www.startnext.com