The documentary film TRANSILVANIA MEA portrays a differentiated view of the realities of life in Southeast Europe among economic development contention after the fall of socialist structures. Topics: The causes of work and poverty induced migration and the problems resulting from it. The Roma’s situation and corresponding dilemma in their countries of origin. Turbo capitalism, corruption and the role of foreign investors. The development of a new environmental movement.

The base funding requirement for our documentary film project Transilvania Mea is 5,000 Euros.
Reaching this goal allows us to produce and deliver all of the funding rewards. The base amount guarantees that the film will be produced exactly as we have de

TRANSILVANIA MEA Of Winners and Losers
85 minutes
A documentary film by Fabian Daub
The European Union is an island of prosperity in our globalizing world. Yet it is not a homogeneous entity, but rather one which has been molded by significant inequalities between its regions and member states. A stark prosperity gap prevails here. In particular, the countries of south and eastern Europe have been brought to the brink of ruin through economic mismanagement and corruption. Meanwhile many people have lost faith in the subsidization and economic policies of the EU.

These developments are perfectly characterized by the multiethnic country of Romania. At the turn of the millennium, the largest country in the Balkans fought its way out of recession and in 2007, it became a member of the European Union. Lost along the way, however, was the development of a middle class and the fight against poverty. Today, in their place, massive social injustice dominates the scene. The fall of the communist system coincided with the end of the old order while an abrupt shift in values and newly won freedom in post-communist Romania are driving a wedge in society. Income disparity between rich and poor continues to grow. Meanwhile Romania has become one of the poorest countries in the EU. More than four-and-a-half million people - a fifth of the population - live below the poverty line.

As the situation becomes ever more precarious, many Romanians are leaving for the West in search of jobs. Recently discussions in Germany have broken out concerning labor and poverty migration. Conservative politicians warn that mass migrants from Romania and Bulgaria are coming in order to live off of our social welfare system. However, it isn’t only the poor who are migrating, but also well educated specialists, by whom our economy benefits.

What is life like for the people in Romania? What effects does this new “turbo-capitalism” have on society? Do the age-old traditions have what it takes to persevere in an increasingly globalizing economy? What matter of reciprocal effects and dependencies will arise that will affect us here in Germany? Who are the winners and losers of this new order?

To get to the heart of these questions, I shall undertake a cinematic journey to Transylvania, “the land beyond the woods”. I shall become the guest of widely differentiating people who will enable me to catch a glimpse into the realities of their lives. It is the search for their new role within a region in upheaval which binds these characters together.

As a team of idealists, it is our goal to create an independent documentary film. The film will address social issues and highlight correlations and deficiencies.
It is also our goal to give a voice to those who have been socially disadvantaged - to allow them the chance to tell their stories.
We are absolutely convinced that such films are vital and necessary! Because of this we are de-termined to bring this project to life - along with your help!

The film shall address topic areas related to labor migration, the situation of the Roma and Sinti peoples and the search for identity within a European context. The film is therefore of great interest to sociopolitically involved viewers.
The focus areas of the film include the effects of the European and international economic policy on the people in Europe.
Subsidization and the problems of corruption shall also be discussed.
These are the issues with which many Europeans are concerning themselves.
By means of informational meetings and events, the film will be made available to a conscious public.

We are a team of dedicated filmmakers who, in light of challenging issues, also have an opinion.
With this film project we wish to point out the correlations between our prosperity and the economic situation in the poor countries of Southeast Europe.
Approaching from diverse points of view we shall examine labor and poverty migration among Ro-manians, thereby giving a voice to those directly affected.
We shall use this film to stimulate thought in our viewers.
With your support you can take a stand against ignorance, marginalization and xenophobia.

One-hundred percent of the money from crowdfunding will be put into the production of the film.
For the production of our film we have received support from the Hamburg Film Fund, but since the current budget does not suffice to truly make this film a reality, we are seeking your help! The money will be used to provide transport, accommodation and basic necessities to the crew during shooting of the film. Furthermore, we are in need of financing to rent camera and sound related equipment. Every cent exceeding the requested goal will be applied to offset post-production costs. That means quality sound mixing, editing, audio recording, subtitles in multiple languages and much more!

Our team composed of experienced filmmakers from Germany and Romania has been successfully working together for many years now. Collaborating with us as well are many volunteers and supporters.

Fabian Daub is an author and film director from Hamburg. In 2012 he directed the multiple-award-winning film Roșia Montana: Town on the Brink.
www.rosiamontana-thefilm.com
www.facebook.com/RosiaMontanaFilm

Hans Hedrich is an environmental activist and filmmaker from Romania. Along with his organization he fights against injustices in his homeland.
www.neuerweg.ro

Astrid Rieger is an author with Romanian heritage. She played an integral part in writing the docu-mentary treatment for Transilvania Mea.
www.astridrieger.de

Also on board are Ulf Behrens, Ingo Scheel and Oliver Eckert, who make up our team of very experienced cameramen on the project.
www.lightningboltstudio.com
www.olivereckert.de
www.ingoscheel.com

Michael Gentner, musician and sound engineer, and a man with whom we have been connected over the years due to successful collaboration.
www.mixproduction.de

Graphic designers Iris Mayer und Fabienne Houdret have been tasked with producing the visual appearance of the film.
www.fraumayer.de
www.frauunverbluemt.de

Joachim Bornemann, Founder of the Brown Sugar Film Verleih will bring our film into the cinemas!
www.brownsugarfilms.com

Aaron Figurski is a teacher and freelance translator. He is responsible for translations into English and collaborated with the crew on the film Rosia Montana.
[email protected] 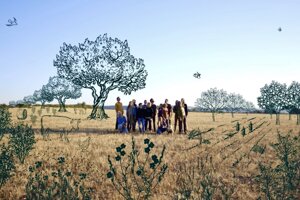 Agriculture
DE
We want to plant more than 30,000 trees and shrubs this winter, for a future-proof agriculture. 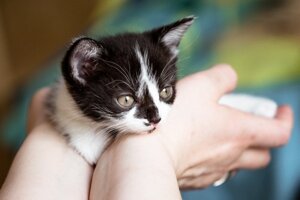 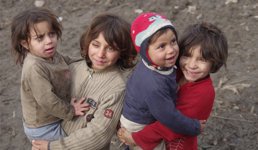