Crowdfunding finished
Klabautamann is a metal band from Bonn, Germany that started out as a fun black metal project and transformed into a more proggy and serious direction. The new material on the upcoming album 'numbered' has only hints of the raw black metal past and aims to be a diverse and rich experience, involving a lot of great artists from all over Europe. This campaign is about creating a high end LP version for all our loyal fans, music lovers and collectors that wished for a Klabautamann vinyl release!

Charlott Roth Projektberater "Brillant crowd financing round, I am curious how this project will continue."
Privacy notice
Privacy notice

The album is titled 'numbered' and that's what it's about: everything in life being limited - or 'numbered'.

It has a personal background for myself, as I suffered some losses in my family during the last years and - as everybody does - experienced stages of life ending and new ones starting. That confronted me harshly with the concept of finiteness. Painful as it may be, this finiteness is what makes time on this planet precious. I decided that I no longer wanted to waste any of my precious time here - and I certainly do not want to waste yours!

That's why I wanted the album to be a rich and valuable experience - for the listeners, but also for me and the artists involved.

I knew I couldn't do it alone, and I didn't want to. After Klabautamann became a one-man-project when Flo left the band during the recording of Smaragd and the isolating corona times I really wanted to collaborate. So I reached out to a lot of very talented artists from all over Europe (most of which I had worked together with previously, some close friends) and asked them for their creative input in form of lyrics, musical performance, production, artwork etc.

Everybody involved added something unique and special - and I am really overwhelmed by all contributions and the combined outcome!

But here are some songs from the album to check out, so you can form your own opinion:

This campaign is for our loyal fans, music lovers and collectors that always wished for another Klabautamann vinyl release and value a unique and high quality product.

Creating special vinyl releases in small numbers is very expensive - something I can not afford at the moment. The album is already recorded, mixed, mastered etc - and therefore ready to be released. So this campaign is only about raising money for the LP production costs, everything else is already settled.

I could not have done this project without all the help and input I received by all the fellow artists (as mentioned in 'What is this project all about?') - as I can not realise the vinyl release without your help!

You can become part of this project with your contribution and by selecting one/more personal rewards, like

Thank you very much!

You can also support this project by sharing this campaign!

All the money will be used to finance the production of the high quality vinyl version of the upcoming Klabautamann album 'numbered'.

I'm really grateful for everyones help - also those not mentioned here! Thank you!!! 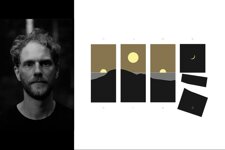