Each spring, for six days, Nippon Connection connects you with all things Japan. For the 14th time we invite you to explore current Japanese cinema: More than 130 short, documentary, animation and feature films await discovery. In many cases directors themselves are on site to present their works. An exciting programme including cultural events and parties enhances the Nippon Connection experience. Despite its size, the festival is staged by a team of 50 volunteers who all work for free. 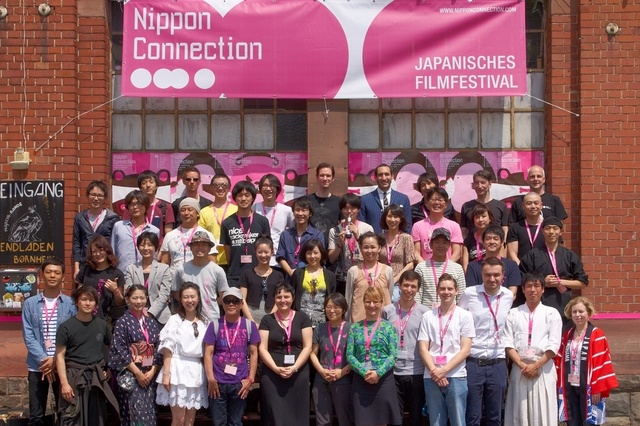 The Japanese film festival Nippon Connection will take place for the fourteenth time from May 27 until June 1, 2014 in Frankfurt am Main. Despite its size, the world’s biggest showcase for Japanese film is still organized in honorary capacity by the nonprofit association Nippon Connection e. V. Locations of the festival centre are Künstlerhaus Mousonturm and Naxoshalle. Additional events and screenings take place in the German film museum (Deutsches Filmmuseum) and Mal Seh’n cinema. In the course of six days, visitors can enjoy 130 Japanese short and feature films as well as 40 further events representing a wide spectrum of Japanese culture.

The NIPPON CINEMA section presents highlights of the current Japanese film production. Films screened in this section compete for the “Nippon Cinema Award” which is voted on by the audience. Since 2013, animation features have had their own showcase: NIPPON ANIMATION aims to provide a yearly overview of the trends in one of the most popular strands of Japanese cinema, giving equal attention to the latest Studio Ghibli films as well as works by up and coming Japanese independent artists. NIPPON RETRO takes a look back at Japanese film history and highlights a genre or a director that have had profound influence on the filmmakers of today (2014 retrospective theme is still TBC).

In the last couple of years, Nippon Connection has become an important forum for new Japanese directors. The NIPPON VISIONS section offers them the opportunity to present their works to an international audience for the first time. An international jury has been awarding the “Nippon Visions Award” to films screened in this section since 2010. Japan Visualmedia Translation Academy (JVTA) sponsors the main prize: a free subtitling for the director’s next feature film.

The youngest members of the audience also have a section wholly devoted to them: NIPPON KIDS aims to interest kids between six and twelve years of age in Japanese culture in a fun way. There’s kendo for kids, painting workshops, children’s cooking classes as well as Japanese children movies.

What do we aim to achieve?

We want to popularize the diversity of Japanese film in Germany and worldwide. Japan has one of the most prolific national cinematographic cultures and produces over 400 documentary and feature films each year. The festival presents a carefully curated showcase of the best Japanese productions from the past two years. Only at Nippon Connection does the audience have an opportunity to see so many Japanese films from so many different genres. Many of the films shown at Nippon Connection never receive theatrical or home video distribution in Germany.

We put a special focus on discussions and contact between film makers and their audience. Japanese film makers increasingly appreciate the festival as an ideal opportunity to show their films. Nippon Connection discovered many a young talent who went on to receive international attention after appearing at the festival. Famous guests in the past have included Koji Wakamatsu, Toshiaki Toyoda, Nobuhiro Yamashita, Kaori Momoi, Shinya Tsukamoto, and Tomorowo Taguchi, among others.

In the aftermath of the 3/11 Fukushima disaster many directors chose to deal with the issue in their work. The ramifications of the disaster for the country and its population have since become an important theme at the festival. Next year Nippon Connections expects to show further feature and documentary films that deal with the catastrophe.

A pleasant and friendly atmosphere is highly important to us in making the festival a unique experience. Our main locations, Künstlerhaus Mousonturm and Naxoshalle, are transformed into a Japanese oasis for the length of the festival, including a tea lounge, karaoke bar and a market full of Japanese delicacies.

Who is the festival for?

Nippon Connection welcomes everyone: Students and Japan fans, film aficionados as well as culture enthusiasts of all ages. Our unique, carefully curated film programme always attracts a high number of visitors from abroad.

Nippon Connection is the biggest showcase for Japanese film worldwide and enjoys an excellent reputation, in Japanese film circles and beyond. It is also one of the most popular film festivals in the federal state of Hesse, with 16,000 visitors every year. Everyone working for the festival does so in an honorary capacity and the festival as such depends heavily on grants, sponsors and donations for financing.

Festival financing is getting harder by the year, hence we urgently need new supporters who want to make sure that the Nippon Connection festival can further exist in its current format. We have to compensate for the increasingly high cost for our films and guests. If you decide to support us we can guarantee a high-quality programme and many interesting guests again next year.

We are happy to thank you for your support and have prepared many goodies: Tickets not on regular sale (reception invites, 5 ticket card, V.I.P. festival passes) or tickets that are high in demand (cooking courses, film breakfast), as well as our very popular merchandise designed by the renowned Designbüro Frankfurt, our music CD “The Tokyo Metro Soundtrack” (limited availability), a behind-the-scenes-tour or a Japanese dinner with the festival team. In addition, we will thank all supporters by name on our homepage (you are also invited to donate anonymously).

Your contribution towards the success of Nippon Connection is much appreciated! Thank you very much!

You make the festival possible! We receive grants from the state of Hesse and city of Frankfurt but unfortunately this is not enough to organize a festival of this size.

Nippon Connection is a recognized nonprofit organisation and as such, we are not allowed to accumulate profit. The money collected via this crowdfunding project will be used for film rentals, film transport, travel costs for our guests as well as film, video and event technology.

The festival is organised by Nippon Connection e. V. nonprofit association. The organisation team has 50 members and includes students, professionals as well as retirees. During the festival, an additional 150 people help out with the festival free of charge.

Nippon Connection was founded in 2000 by film students Marion Klomfass and Holger Ziegler in Frankfurt am Main. Marion Klomfass still heads the festival as director and works as a free-lance cutter. Mark Nennstiel has been chairman since 2011 and works full-time as an aviation services specialist.

Since 2013 the renowned Künstlerhaus Mousonturm has been the main event location and cooperation partner for the Nippon Connection festival. 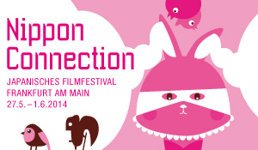