25 years after the fall of the Iron Curtain we want to connect Europe! Our vision is a network for young Europeans, a network that is real and alive! In the summer of 2014, guides and scouts from Germany and former countries of the Warsaw Pact will create a very special bridge between East and West and celebrate the idea of scouting as a way of spreading international understanding. www.scoutingtrain.org

In 2014, the ScoutingTrain will depart from Berlin with international project teams on board, heading for Irkutsk with stops in Poland, Belarus, and Moscow.

400 scouts and guides will travel on the legendary Trans-Siberian Railway and be an active part of an international educational project. This journey will take us to a scout camp at Lake Baikal. There we will explore the area together, work on our projects, and interact with the locals, thus supporting an on-going dialogue between different nations and experiencing a modern and very international rediscovery of the joys of scouting.

It must be said, however, that the ’ScoutingTrain’ is much more than just a train journey. A train? Yes. With carriages? Yes. But while the engine is making the train move, the real driving forces for this journey are building steam inside the carriages! This is where our conductors and their passengers are. The conductors, having developed a number of projects throughout the year, by way of Conductors’ Academies, where they meet their teams and mentors, called ’switchmen’, and create the concept of their carriage. They arrange their meetings to allow all the passengers of each carriage get to know each other prior to the journey. This way the conductors become true ambassadors of our idea.

Each carriage tells its own story and together we are creating an even bigger narrative
Let us introduce our carriages:

Young people in Europe and what connects us.  Music knows no borders! Meet our ScoutingTrain Orchestra and its international team. Use your opportunities! Videos about the opportunities to shape your own future. A journey in space and time! How does the history of our ancestors influence us? Make new out of old! How we can use traditions in modern times. We only have one world! How can we protect it and leave it a little bit better than we found it? Peace and Happiness! What happiness means and where we can find it.  There is only one language for animal lovers. Let’s overcome language barriers and distances on the back of a horse. Lifelong scouting! Opportunities you have once you’ve grown out of the target group. Our journey begins with a mutual game in Moscow and that means a four day treasure hunt through the city!

With this project, we hope to write our page in the history of European integration and mutual development and there will be plenty of stories to tell! This is why we are going to meet again in Berlin on 9 November 2014, 25 years after the fall of the Berlin Wall. We want to show the public that the stories that make up Europe’s history are still being told and will be told in the future.

On 9 November, we will meet again, exactly where the journey began.
In Berlin. Again, we’ll tell our stories, but this time our audience will be the citizens of the German capital. 25 years earlier, people here celebrated the fall of the Berlin Wall and on the anniversary we will celebrate the fact that we took part in making other walls fall - those in people’s minds.

For our project to change Europe, it is not enough to take the train and travel to Lake Baikal. We want to develop and communicate as many different aspects of successful youth work as possible. We want to enable many people to organise similar follow-up projects and to remember how they did it on the ScoutingTrain. We pass the contacts and necessary tools to the conductors and in doing so enable them to share their excitement about this kind of project with others.


Our message is: We want to use the unique memories of the ScoutingTrain journey and capture them in pictures in order to promote the following ideas

Our conductor teams are being supported and supervised by the switchmen, mentors and coaches throughout the year.

Although the Berlin Wall fell 25 years ago, there are still walls in people’s minds. Together, we can tear them down!

Your donation helps young people from East and West to get to know each other! We are fostering the civil society!

Participants’ contribution:
Everyone who will join us on the journey in summer will have to pay a contribution of EUR 500.Travel expenses for the journey to Moscow and the flights back will be in addition to this if higher fund-raising target is not met.

What happened so far:
We managed to organize two conductor academies already: one in november 2013 and one in february 2014. This two meetings were founded by the Stiftung Pfadfinden, the Foundation of German-Russian Youth Exchange and the foundation Avec et pout autres.

YOUROPE | http://www.scoutingtrain.org/yourope/yourope-youth-in-scouting-boundless.html
Together with you we are "YOUROPE – Youth in Scouting, boundless!" ...and we want to explore YOUTH in EUROPE! Europe has gone far as a united community of peoples that have grown together and scaled down borders. This should go even further for the future generations when it comes to connecting to each other and tearing down mental walls!

Bund der Pfadfinderinnen und Pfadfinder (BdP) e.V. (German Association of Guides and Scouts) | http://www.pfadfinden.de/en/about-the-bdp
It is our belief that scouting is a demanding activity that promotes personal development of an individual. Sport, arts and crafts, and music go hand in hand with life in the great outdoors, interaction with the social environment and meeting children and youngsters from other countries. This scope of activities offers every member a chance both to use their knowledge and skills and to learn from others and expand their horizon. Life in a group helps to develop social behaviour, cooperation, tolerance, readiness to help, taking responsibility, mutual decision-making and activity. Most of the funds required for this work are covered by members’ contributions and donations. On top of these, BdP receives appropriated public funds within youth policy funding schemes. In 1998, ‘Stiftung Pfadfinden’ (Scouting Foundation) was founded in order to support innovative projects.

The foundation "Avec et pour Autres" gave 70.000 EUR to the ScoutingTrain 2014 to install a mentoring programme in this project: the switch team!

20% of the funding threshold accomplished! Since the beginning of the ScoutingTrain last year, the scouting foundation (Stiftung Pfadfinden﻿) has been collecting funds for the project. Many people have supported us with their donation: Until today, 17. 000 EUR have been gathered which we just involved in the campaign. Now we want to say thank you! ► Who supported us so far? http://bit.ly/scoutingtrain-donations ► Scouting Foundation: http://www.stiftungpfadfinden.de 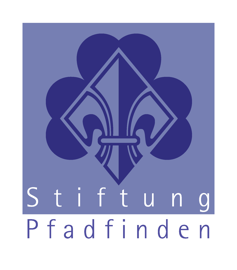 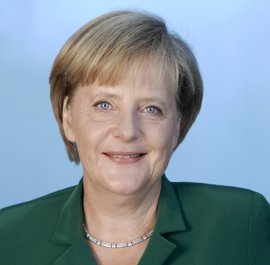