„Steam Noir: Revolution" is a card game by Daniel Danzer, illustrated by Felix Mertikat, creator of the comic book series "Steam Noir - Das Kupferherz", where the story of the game also is situated. We want to provide the game in a first, small edition truly according to our imagination to gamers, comic fans and steampunk aficionados.

If you want to know more about the gameplay, here a video introduction:
http://youtu.be/psU0I1HHj00

At the Blog you can also find the recent English rules.
On request we will send you a print-and-play version with more simple art: [email protected]

The Game
„Steam Noir: Revolution“ is taking place in the world of the German award-winning comic series „Steam Noir“. In this highly dynamic and interactive card game 5 factions of the population try to overthrow the Emperor. 3 to 5 try to get points for one of the factions - which one, is a secret for the opponents. During a round, players play simultaneously cards from their hands, adding up total points for the factions. The factions get points on a score track by cards, which are placed to the scoring after each round. Another way to get points for the final scoring is by collecting additional revolution tokens. At the end of the game all secret factions are revealed and the revolution tokens added to the players' factions.
The Emperor also takes part in the game, though. Each player may place one of his three cards per round as a "traitor" for the benefit of the emperor, weakening one of the factions. When the emperor has gained the most points at the end of the game, the faction with the least points wins the game - they were least involved into the rebellion, and will not face too much revenge by the Emperor.

The challenge during the course of the game is to evaluate your own possibilities and to find out the real goal(s) of your opponents. There are many short term alliances, but all players try to keep secret their hidden faction. The tension rises continuously until the end. Then it becomes obvious, who manipulated the others best, and who messed up.

The game reached the 2nd place at the well-known Hippodice Game Designer Award 2013. 150 games had been submitted, 35 preselected prototypes went through 200 playtest sessions for being reduced into 9 of the final shortlist. The jury consisted mostly of editors of all important German game publishers.
Here more info (in German):
http://www.hippodice.de/index.php?option=com_content&view=article&id=103:endrunde-2013&catid=2:newsallg&Itemid=10

The Development
After having the basic ideas for this "Revolution game", game designer Daniel Danzer stumbled across the World of Felix Mertikat. "Steam Noir" was the perfect steampunk place with the congenial atmosphere of distrust plus a grain of humour. Felix lived very close, so they met, and the two guys bundled their creativity.
16 months later, the game is fully developed and thoroughly tested. 20 groups from different countries tested it "blind" and gave feedback. Many people from the gaming scene were involved - including editors proof reading the rules.

We wholeheartedly say "THANK YOU" to all of these people right here, no matter, if the funding will be successful or not.

Another huge part of working at the game was the concept and development of illustrations, which had to be done in the same style as the comic books. On 4 cards of each factions, Felix is telling a small story from the days of the revolution. Icons for all factions had to be created, and the Emperor cards should become more and more threatening - depending on their value. In the video above you can see, how a card is developed from a sheet of white paper to the final artwork.

Now, "Steam Noir: Revolution" is finished. But the second stage of this adventure is waiting for us: Publishing the game. That is, where you come into play.

The game shall become a reality just as we imagine it should be. This summer. Since then, volumes 3 and 4 of the comic series "Steam Noir - the Copper Heart" will be released. Even, if a publisher would have been interested, the timing would have been too tight. So we decided to work together with a manufacturer, and start a crowdfunding campaign.

The several steps of development from the very first scribble to the final decisions can be found in a five part Designer Diary on Boardgamegeek:
www.boardgamegeek.com/blog/1984

Reaching the funding goal will make it possible to make a print run of 500 copies, incl. shipping.

The "target group" are gamers who like to handle uncommon mechanisms. Although the gameplay is quite easy, the ways to victory are tricky. The challenge to react to what happens on the table and to explore new ways of manipulating your opponents, creates a lot of replayability.

Another group of supporters might be retailers who are cool enough to trust us in advance and support the game directly. They are getting copies of the game and postcards never again available for distribution - to offer them online or in their shops. After all, not everybody, who might be interested in the game, has heard about startnext ...

When you like games with some unusual mechanisms and twists, then „Steam Noir: Revolution“ might be a good choice for you.

But - you do't have to support a pig in a poke. As mentioned above, there are links at the blog to the recent English rules, and even to a free print-and-play version of the game.

There are only two ways to secure your copy of this first edition - assumed, the funding will be successful:
- Directly as a supporter
- From July on, at a retailer from our list - the ones who helped us by funding the game here.

Besides the exclusive game you can get additional rewards, only available here: postcards with art from the game, original art by Felix, or even your portrait as a character on one of the cards!

Furthermore, you support the crowdfunding movement in Germany regarding boardgames. Many creative people in this country recently discover the possibilities of independent, internet-based methods of publishing their creative output. Startnext is not yet as well-known as Kickstarter, but it is totally free for supporters and starters. It is an independent platform on its own - and deserves your participation.

The lowest number of copies will be 500 - the exact number depends on the number of copies wanted by the supporters. At such small print runs, each single copy is extremely expensive. The manufacturing alone will be more than 10 Euros per game. Every copy will contain 120 high quality cards (standard size), 3 punch out cardboards with a total og 6 scoring markers, 42 tokens and the three part score track. The rules of the game will be in German and English . The box will be the professional game box you all know.

Usually, a print run for a card is at least 3000 copies, the price dropping down to a couple of Euros per game. The manufacturers are mostly in China, without any control of the working conditions. Including the margins for publisher, distributors and retailers the game ends in the shops for at least four times the production costs, let's say, 12 Euros.

Our small private partnership, called spielpunk, is doing business differently. No distribution or large retailer margins (sorry, guys!), but higher costs for individual shipping. The manufacturing will be done completely in Germany. Handling and shipping is done by the creators of the game. The effort of time, creativity, energy and pure costs are out of all proportion to what we expect as a financial revenue. But there is another reward: We can give you our game. Revolutions always start bottom-up.

The schedule is fixed already: After the (successful) end of the campaign there will be some minor things to do (hopefully we have portraits of some cards soon, so Felix can start to work), and everything is ready for print. July at the latest we start to send the games (and most of the other rewards) directly to you. Worldwide shipping is just a small additional amount - 3 Euros for a single game.

Due to experiences with other games financed through crowdfunding we deliberately abandon any "extras", "stretch goals" "promo cards" and whatever you might think of. We think, most of these things only exist to artificially boost a demand. At "Steam Noir: Revolution" the game is the goal, period.

Maybe the print run will be 600 or even 1000, because of an incredibly supportive crowd. If this would happen, spielpunk would start to "earn" a certain, rather small amount of money. This success will be shared immediately with others:
10 % of the amount exceeding our funding goal will be donated to the "Stuttgarter Tafel" ("Stuttgart table"). This project is about organizing food for needy people. These volunteers do really a great job!
More info (German):
www.stuttgarter-tafel.de

Daniel Danzer, game designer
The game designer, theatre director, screenwriter for TV and media educator is an active member in the Game Designer Association (SAZ) since 2007. Several games are also under development, some in collaboration with his wife, Doris. At his regular occupation he is coaching teenagers making their own films. He also organizes a local Film Festival for young people.

Doris Danzer, production / finances
Studied sinology and social pedagogy, followed by continuous training in systemic family therapy. Additionally she collaborated with Daniel Danzer developing stories for film and TV - and games. In the team of „Steam Noir: Revolution“ she takes care about all financial affairs and the organisation of the production.

Thanks for the support! 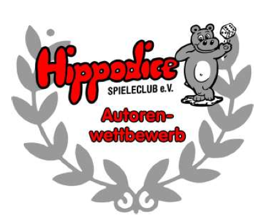 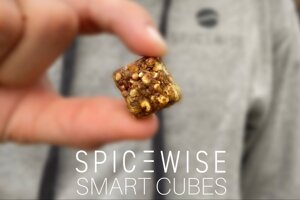 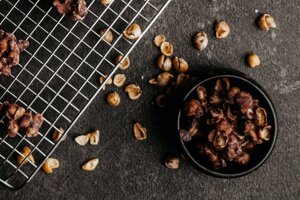 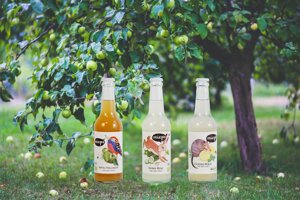 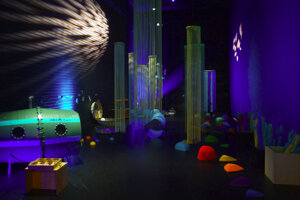 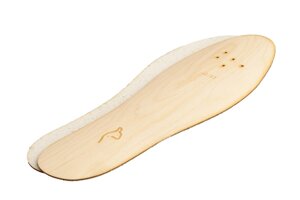 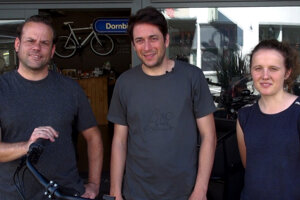