Support the post-production of a documentary about the Solidarity Clinic in Piraeus. Every day since 2013, the collective of physicians and neighbours running the clinic gives a powerful answer to the social crisis in Greece & Europe: the power of untiring, unfailing solidarity. The shooting of STRUCTURAL ADJUSTMENT has been completed, the disastrous social situation continues. Your contribution helps to acknowledge and promote the collective and their selfless volunteer work for people in need.

STRUCTURAL ADJUSTMENT was initially designed to be short film on one of the 40 Social Solidarity Clinics of Greece. Three factors lead to the expansion of the project into a full-length feature film: the magnitude of the political events unfolding in Greece after December 2014, the international scope added by the continuing arrival of thousands of refugees and the increased pressure on the movie’s protagonists and their relentless efforts to harness the power of solidarity for much needed help.

STRUCTURAL ADJUSTMENT is not another depressing tale about times of hardship. It shows outstanding acts of humanity, beautiful banalities, the personal growth and the experiences of three remarkable protagonists from the collective of the Solidarity Clinic in Piraeus.

STRUCTURAL ADJUSTMENT defies the typical representation of Greece in the media these days. Instead, the film takes an unprejudiced look at reality and finds vigor and vitality at the center of people’s motivations, against all odds.

STRUCTURAL ADJUSTMENT documents the re-elections in January and September 2015, the GREXIT debate, the July (bailout) referendum, the 3rd memorandum and the European refugee crisis – all in the personal views of the films key protagonists. Main focus, however, is their daily life. They see the Solidarity Clinic and their commitment as the only viable option in reaction to the social catastrophe in Greece which had completely derailed the country’s institutionalised health care system. In the course of the film, the key figures are realising that the clinic, planned as an ad hoc measure of temporary relief, will likely remain open indefinitely. Still, they continue to make up for the lapse of public service and go on about their chosen obligations with humour and optimism, despite the fact that their personal lifes are affected, too, and living conditions are becoming worse.

Project goal is turn the existing footage from 36 days of shooting into a full-length feature documentary, meeting highest technical standards of movie-making.

STRUCTURAL ADJUSTMENT – and its subject – is to be presented to a broad, European and international audience. This will happen through screenings at film festivals and on TV, a cinema tour through Greece (supported by a Greek film distributor) and the use of the film in schools and for educational purposes. Later, the documentary shall also be available for streaming online.

We, the filmmakers, are addressing people who

The production of documentary films in Germany about recent and ongoing events is no easy or straightforward undertaking, despite the presence of a well-endowed institutionalised film funding landscape. We wanted to realise STRUCTURAL ADJUSTMENT with the freedom to spontaneously react to the unfolding of political developments, and without pressure to arrive at a pre-stated final conclusion about our subject. This turned out to be a limiting framework for funding, and support by public film funding institutes or TV broadcasting companies was not available to us.

As a team, we believe in the power of STRUCTURAL ADJUSTMENT just as we believe in the power of solidarity demonstrated by our protagonists. Several private and public supporters contributed to our cause and enabled the shooting by providing financial, material and moral support. Professional partnerships. i.e. those founded with participants of the section Docs in Progress during the 18th Thessaloniki Documentary Festival, will support part of the post-production process.

A funding gap remains – and the clock is ticking. The time sensitivity of the topic allows for no delay in the completion of the film. Otherwise, the presentation of STRUCTURAL ADJUSTMENT at international film festivals or TV-screenings becomes very unlikely. This would unduly decrease the chance to expose the solidarity works of our protagonists as well as our work as filmmakers.

The film team needs your support. Not only can crowdfunding close the existing financial gap, it also enables the highest extent of independence in the final production process for STRUCTURAL ADJUSTMENT.

With the crowdfunding money, post-production and finish of STRUCTURAL ADJUSTMENT shall be realised – against fair compensation to all involved.

For post-production with sighting of all footage, translation and subtitles, cut prep and cutting, a period of 3 months is estimated. Wolfgang Reinke (director), Kyra Scheurer (Editor) and three translators will sign responsible for these steps.

The funding threshold enables sighting of the footage, translation and cutting of the raw material. Director, editor and translator have to (continue to) contribute their work on a pro bono basis.

Only by reaching the funding goal in total will it be possible to aim for fair compensation of those involved in the post production process and for the distributor visible film to produce a film copy fit for screening in cinemas around the world.

A broad base of passionate film makers and supporters are standing behind the project.
Wolfgang Reinke, director from Berlin. STRUCTURAL ADJUSTMENTS is his 4th long feature. More information can be found here: http://strukturanpassung.eu/de/team/
Colja Krugmann from Berlin and José Antonio Szabo from Santiago de Chile were behind the camera.
Alexandra Menoglou, camera woman from Athens, who stood by, when it was not possible for us to fly to Athens on short notice.
Translations were done by Alexandra Pavlou, Heike Stefanatou and Charis Argyropoulos.
Quin Minassian, who took us in when we were in Athens, and all activists from the clinic.
To start the project in January 2015 was enabled by two grants from Rosa Luxemburg Foundation.
Kosmotique e. V. from Dresden, our Partner here at start next, supported and funded the project from the beginning.
Financial support also came from the Association of Democratic Physicians, especially thankful we are to Dr. Nadja Rakowitz.
We give thanks to the DOCS IN PROGRESS program at the 21st Thessaloniki Documentary Festival – Pictures of the 21st Century for giving Wolfgang the opportunity to present the project.
Finally we thank all those people who supported the project with donations of time, money and skills. Without them we wouldn’t have been able to reach this point. 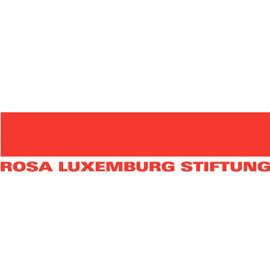 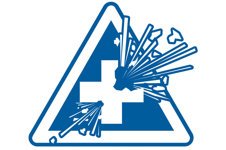