<% user.display_name %>
Log in
Movie / Video
The movie "HOME 2 HOME" shows a journey around the world on a bicycle. It tells the story of Dennis and the stories of the people he met on his way. The film impresses with breathtaking landscapes, describes the struggles of a bicycle trip around the world and shows how crazy this world can be sometimes. --- IMPORTANT: HOME2HOME will have an english speaker and a lot of the original sound is in english anyway -> so expect way more than just a subtitled film of the german version! ;)

Let's finish this movie! Together with some other sponsors we can pay for soundtrack, animations, color grading, sound design and more...

Flyers, posters, CD and DVD pressing and more. First we do a cinema tour in Germany, but if we can fund a nice amount of money, why not going international?!

The project is about the production of the movie "HOME 2 HOME".

The then 24-year-old Dennis Kailing from Gelnhausen (Germany) sets out to see the world in the summer of 2015. Heading southeast, he drives 43,600 km, discovers 41 countries on 6 continents and finally returns to the place where he set off about 2 years ago.

After another 2 years of blood, sweat and tears, this time in front of the PC, an 110 minute documentary film has (almost) been created. HOME 2 HOME is a powerful and funny, but also emotional film, which sets its focus on the people Dennis met on his journey around the world.

To produce a professional film (including an individual soundtrack, sound design, cinema mix, animations, color correction, and more) and offer it as stream and DVD (with making off and bonus material) we need your support!

The film wants to show this world in a different light than you know it from the news. And while doing this, it invites its viewers to dream: maybe we can inspire and motivate some more people, to start a great and unforgettable trip on their own, no matter which kind of transportation you choose ... but of course, best on a bicycle ;P

"HOME 2 HOME" is a film for young and old, for softies and daredevils, for dreamers and realists, for globetrotters and couch potatoes, for people who like to smile. In particular, we address travel enthusiasts and those who like to dream of distant places and great adventures.

... because you feel like watching a movie full of zest for life

... because our rewards have fair prices, that many people can participate

... because you want to see a different picture of this world than you know it from the news

... because you and we want more people to use their bicycles, whether in holidays or daily life

... because of the adventurer in you!

The money will be used for the post production of the film (soundtrack, sound design, cinema mix, animations, color correction, and more), to provide the stream and to press and ship the lovely designed DVDs and Blu-Rays.

Explanation for Crowdfunding rookies:
If we can not reach our first crowdfunding goal, the money you paid will be retransfered - so you have no costs. But of course, in this case you will not get the rewards you have ordered -> conclusion: share this project with your friends, that we can reach the funding goal together.

I, Dennis Kailing, was cycling alone around the globe, but to produce the movie, I found a lovely little team, to make this film a special one:
In the production and editing process I am supported by Robert Elschner.
Wolfgang Würker joined the project as a consultant. He has already produced a number of documentaries and portraits for well-known broadcasters.
The crew of Schall & Rauch Audio Production produces an individual soundtrack, does a high-quality sound design and a professional cinema mix.
For animations and a first-class color grading we get the help of Benjamin Dittrich, a long time colorist and motion designer.
--------------------------------------------
Anyone who made it this far and read the entire project description, seems to be really interested. Finally, a big request: Whether you can donate something or not - please share this crowdfunding project! Tell your family, your friends, your neighbors of HOME 2 HOME, send the link via WhatsApp, share it on Facebook, send the stagecoach and let the carrier pigeons fly for a successful campaign! Thank you! 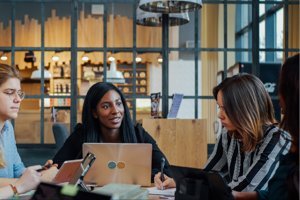 Environment
DE
Our goal is to define a new standard of living on african ground. 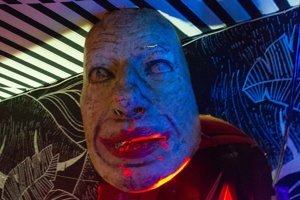 Event
DE
Help dig the Loop out of this Corona hole! We need your support to stay afloat while we are forced to close during the COVID crisis.
share 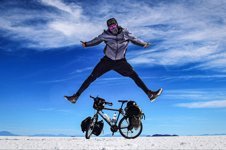