CodeQuartett is a cardgame like “Go Fish” or “Happy Families”.

Rules:
Each card in the pack shows a list of numerical data about the item.
All the cards are dealt among the players.
There must be at least two players, and at least one card for each player.
The starting player selects a category from his or her topmost card and reads out its value.
Each other player then reads out the value of the same category from their cards.
The best value wins the "trick", and the winner takes all the cards of the trick and places them at the bottom of his or her pile.
That player then looks at their new topmost card, and chooses the category for the next round.
In the event of a draw, the cards are placed in the center and a new category is chosen from the next card by the same person as in the previous round.
The winner of that round obtains all of the cards in the center as well as the top card from each player.
Players are eliminated when they lose their last card, and the winner is the player who obtains the whole pack.

HelloWorld.Length: Count of chars of the hello world example. Source of this are the examples on Wikipedia.

The never ending war [s]of the galaxy[/s] has to be quit. Which language is the better one? Try it out!

This game is for everyone who loves programming or computers.

You can download all the data of the game for free. All files are uploaded to GitHub:
Download: http://github.com/Suplanus/CodeQuartett
The project is under Creative Commons BY-NC 3.0 licence.
For more fun, try the real cards.
If you have any questions or bug fixes, write an email to [email protected]

The money is only used for printing and shipping. If I can collect more money, the decks will be cheaper.
I also want to ship decks to schools, universities and hackerspaces in the world for free. I’m pleased for any suggestions.

My name is Johann Weiher, I’m 25 years old, work as a system administrator and loving programming.
In my free time I play with software and hardware. I also love snowboarding.
I am author of the Blog Suplanus. There you can find articles about C#, NETMF and EPLAN. 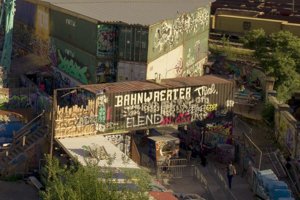 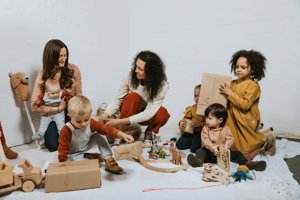 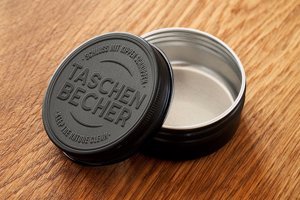 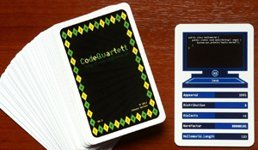