Crowdfunding finished
A home for HFC Falke e.V.! HFC Falke was founded in June 2014 as a reaction to the disincorporation of former Hamburg Bundesliga side Hamburger SV and to modern football. Since 2015 two teams could be founded, which promoted 4 times in total. Now we need an own pitch with a club house which can be the meeting point for all members. As an open space for community initiatives – to further work on our dream of an football club for all.

To build a home HFC Falke e.V. where we can realise our dream of a football club for all.

HFC Falke was founded in June 2014 as a reaction to modern football. Since 2015 two teams could be founded who began at the very bottom of the league system. In total the teams promoted four
times. Our first team belongs to the Top 3 of Hamburg's Bezirksliga Nord.

We want to be open for all people believing in democracy, participation and sport as an expression
of joy instead of sport as a business.

But first of all we need an own pitch with proper training condition and a clubhouse as open space for people and initiatives in our quarter, who want to makean impact.

The aim is to get a ground which is the centre of our activities and where the club can be filled with life.

We are appalling to all people who can identify with the idea of member-owned football clubs. People who think that it is important to support projects taking on their social responsibility. And of course to all who whave enough of the big business football with all its corruption and greed. We are appalling to all those who believe that football should be about joy and not about maximising profits.

With your voice for HFC Falke you support the counterdraft to modern football. Even more: You get active against it and take a stance against football as pure business. Furthermore you facilitate young people and adults to do sport and to socially engage. Also: your solidarity for uswill foster the solidarity of other people. At the end you do not support just a small football club with big goals but also the solidary group. And every club or initiative of course shall profit from our sport ground and its facilities as well as from our experience and exercise, if they want to.

Your support will be the seed capital for the building / expansion of a sport ground where HFC Falke e.V. can feel at home and realise their plans. But in the first step it is a statement: Here is a club, supported by many people. A club with big plans which is a long-term benefit to the people of Hamburg. Nobody has been waiting for us. In contrary: many obstacles have been put in our way. But with your support we will put pressure on the politicians to find a solution so we can settle down. In order to take the kids from the streets, to facilitate people doing sport and to offer space where inclusion and solidarity live and which is a venue for the community around.

HFC Falke e.V. can rely on its fans and members. Numerous volunteers act around the matches of both teams and the travelling support of Falke is one of the biggest in Hamburg's amateur football. A reason: besides a big amount of football romance HFC Falke e.V. relies on social engagement, democracy, participation and equality. For example Falke os one of the few football clubs with a female president.

The campaign was developed by members of HFC Falke e.V. and driven by volunteers, the so called „Fleißige Falken“. In a team with crowdFANding e.V. we want to make an impact on the world of football.

Alone you are silent, with a few hundreds you get louder, in thousands you are unmistakeable.

Added an english version of our campaign. 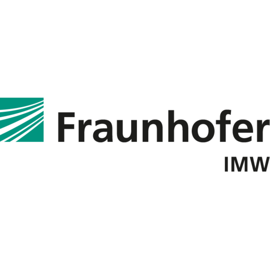 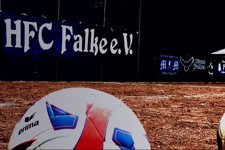