Live and Let Live is a feature documentary examining our relationship with animals, the history of veganism and the ethical, environmental and health reasons that move people to go vegan.

Live and Let Live is a feature documentary examining our relationship with animals, the history of veganism and the ethical, environmental and health reasons that move people to go vegan.

Food scandals, climate change, lifestyle diseases and ethical concerns move more and more people, to refuse the consumption of animal foods and to adopt a vegan lifestyle.
These new concepts of life not only question our current relationship with animals, but also include a responsibility towards other human beings and the environment.
Live and Let Live tells the stories of six people who have decided for various reasons to stop consuming any animal products, and shows how this decision has changed their life. Furthermore, important personalities from the fields of philosophy, behavioral science, food science and sociology explain the ethical, health and environmental perspectives of veganism.

Who's in the documentary?
The film introduces Ria and Hendrik, two activists from Animal Equality who, unmasked and at night, liberate chickens from a chicken farm to take them to a sanctuary afterwards. They tell us what activism means to them, how they got into activism and why they are taking this risk.
We meet Jan and Karin, who have transformed a farm in northern Germany, where Jan used to operate an intensive cow farm, into an cow retirement. Today, Hof Butenland offers a refuge to cows, horses, pigs, chickens, geese, and other animals that often have been rescued from their death.
We follow Jack, a professional track cyclist and vegan athlete who trains for the Olympic Games in 2016 in Rio de Janeiro.
In Portland, United States, we meet Aaron, a chef who had a restaurant where he slaughtered rabbits and served veal and foie gras, until one day he to decided to go vegan, and shortly afterwards opened an italian restaurant - all vegan.

The Music
I am very pleased that we have two very talented musicians that will compose and provide the music for the film. Firstly Tom filepp, better known as Cars and Trains, an electric-folk-toy-instrument project from Portland, Oregon. You can check out the music of Cars And Trains on the website [www.carsandtrains.net], Spotify or SoundCloud [soundcloud.com/carsandtrains].
Secondly, Alice Bacher who composes wonderful piano pieces under the pseudonym 'Halbwegs'. You can check out her music here: [www.facebook.com/halbwegs].

The DVD
The DVD includes the film, deleted scenes, a making-of, Directors Commentary, as well as full interviews with experts from the movie. We'll try to fit as much material as possible on the DVD. The DVD will include english and german subtitles for sure and maybe more languages! If you'd like to help us translate please send an eMail to: [email protected] Furthermore, the DVD is produced as eco-friendly as possible – we will use mineral oil free inks and FSC-certified cardboard!

Stream / digital download of the film
You can stream / download the film on the day of the DVD release. We can't say through which services this will be possible, but for sure on the film's website (www.letlivefilm.com)! (Please note this includes only the film itself, with NO extras and special features! This version of the film will include english and german subtitles.

The release of the film
After the world premiere in late September, we hope to show the film at a few film festivals. Then the film will have a theatrical run in a few selected cinemas in Germany and I will screen the film on a tour through the US and Eurpe. If you are interested in having Live and Let Live screened in your city, please get in touch with us: [email protected] and we will try to arrange this in cooperation with local cinemas.
Our goal is to complete the DVD in late 2013 or early 2014. Of course we will try our best so you will receive the DVD and all other rewards before Christmas!

Delivery of the rewards
We will ship all rewards on the release date. Of course we will keep you posted during the course of campaign and afterwards about the exact date.

Live And Let Live is aimed at all those who are interested in veganism, whether from the ethical, environmental or health perspective. Instead of images from slaughterhouses and factory farms, we hear the individual stories of how people chose to become vegan. The film is not meant preach, but to show through examples that veganism is part of a necessary change. Away from a society that objectifies animals and benefits from their exploitation - towards a more respectful approach to other creatures and ecosystems.

The future begins on your plate!

We're done filming and have a very solid rough cut. Live and Let Live is almost complete and should be finished by the end of September.

So far, the film was a DIY project that I was able to realize with the help of a few friends. I did the production, direction, editing and writing of the script myself and as well as all of the funding of the entire project since no grants were approved for the film. But, now I need some help from others and support to get the feature film done right and taken to the next level, technically-speaking.

With the funds I'm trying to raise, the film can be completed. In detail, I need support for the production costs of the film, such as color correction, audio mastering and post-production in order to get the best out of the material. But distribution, the DVD pressing, the music rights and the age rating are other costs that arise.

After the regular release we will work on an educational version of the film that can serve as a teaching tool to convey the essential aspects of veganism easy and understandable.

If you like the trailer and the concept of the film, then I would ask you to support the project by you pre-ordering the film on DVD or as a digital copy. Only with your pre-orders we'll be able to finish the movie.

Please spread the trailer and tell your friends of the project and the campaign. My wish is that many people will see this film and the inspiring stories of the protagonists and in consequence might decide to go vegan. Thank you!

My name is Marc Pierschel and I am a sociologist (M.A.) from Muenster, Germany. I am the co-founder of 'roots of compassion', the author of 'Vegan!', an introduction to veganism and 'Vegan lecker lecker', a vegan cookbook with 30,000 copies sold. I'm also the co-director of 'EDGE - perspectives on drug free culture' and director of 'Live and let live'!

The DVD in all rewards is now available in NTSC format as well! All countries with the NTSC standard will automatically get an NTSC copy. 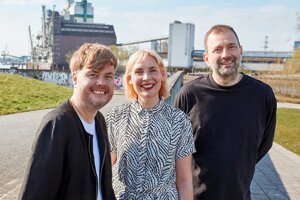 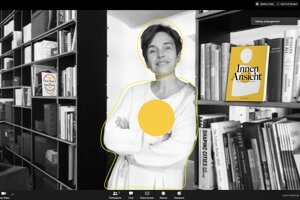 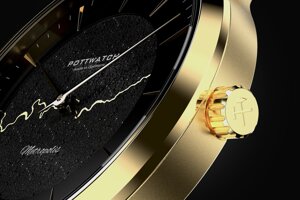 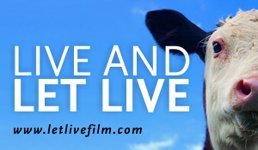