Crowdfunding finished
»Pensées or 77 Wisdoms of Zven-Buddhism« is an bilingual artbook that combines philosophical photography and well-dressed witticism.

Since March 2020 the performing arts have come to standstill. Since then, numorous artists around the world have been searching for new forms of expression.

Sven Kemmler is a German comedian and was regularly seen on stage until the beginning of the year. When the lockdown made appearances impossible, he started »Pensées«, an online art-project inspired by classic dandyism and named after the work of Blaise Pascal, a famous couch potatoe.

The contemporary »Pensées« are a combination of carefully composed self portraits garnished with elaborate wisdoms – or sophisticated bullshit served with pics, depending on ones tastes. While always wearing a hat.

The motif is always Kemmler himself, because having to stay at home entails circling around oneself, and because selfies are the spiritual core of the internet. The pictures depict his homestay as well as first steps outside and they transform the sense of confinement felt in seclusion into humor, through »Zven-Buddhist« aphorisms and fashion. Because nonsense and style are siblings.

Thus he faces the current hardship of the performing arts by deliberately contradicting it with dignity and a display of decadence, following the advice of Oscar Wilde: »The only thing that can console one for being poor is extravagance«. And modern dandyism has to content itself with quality. That is the reason why the attire shown is not arbitralily chosen, but assembled for craftsmanship, depicting things that truly last, thanks to artisan commitment.

The underlying dichotomy of vanity and sympathy for the human condition in dire times could well be illustrated by the fact that with one of the fotographs taken for the »Pensées«, Kemmler won the #HatsOnForTheNHS-challenge of Lock & Co. Hatters, maybe the worlds finest adress for bespoke hats.

And now the digital »Pensées« find their way into the printed world, as a treasurable art book, finely honed and crafted. The book would be in German as well as in English, the inofficial language of the internet. It can therefore even be used as a learning aid. The price for the book equals approximately the entry fee of a comedy night.

So welcome to a different kind of show!

If the funding goal is reached, a nice book will be published. However, serious dandyism wants to dress better than »nice«, it wants to look spectacular! To achieve this, the 2nd funding goal must be cleared.

2nd funding goal guarantees, that the best possible analogue version of the »Pensées« is printed. This includes meticulous layout, high-grade materials (e.g. the cover would be an easy-to-touch yet leatherlike recycling-material, that is normally used for jeans label), quality print, special binding etc.

As many books as possible will be printed, so that future sales can pay for a part of the efforts involved in creating this gem. With the exception of the artist and publishers everyone involved will be compensated properly. 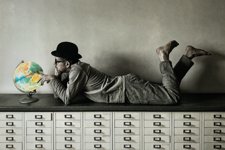