Crowdfunding finished
The film documentary 'The Secret Arts' presents a possible way of basic research on the phenomenon of magic and magical worldviews associated with it. It grants an exciting insight into certain magical practices and ideas and tries to locate their place in everyday life of various local cultures.

The film represents an experimental attempt in the field of audio-visual ethnography and approaches the topic from four different perspectives: everyday life, art, science and belief. As artists with a cultural-philosophical background, we use stylistic devices that are borrowed from immersive aesthetics and at the same time are characterized by a sober view.

Hence a certain definition of ‘magic’ is difficult to grasp in culture-specific terms as well as of time / space and is currently the subject of contemporary scientific discourse in many theoretical fields (from theology and anthropology to media studies). In this call for a broader understanding of the matter, we see the opportunity to examine existing relationships between magic and other reference systems, such as art and science in a cross-disciplinary manner - taking deliberately into account the scope of a documentary film.

Our movie offers an insight into what we understand as ‚magic‘. Where can we encounter this type of thinking and acting? We are asking ourselves whether it is possible that magic still determines the everyday life of many people. And last but not least what motivates rational people to continue practicing magic in our present times?

Instead of esoteric manuals, we suggest real approaches and opinions. Instead of following the rules of scientism, we dedicate ourselves to an imaginary intercultural design taking an unbiased and curious look at the phenomenon of magic.

In the same way, however, we see our film as a stimulus to critically expose the misuse of magical techniques that find their perverted expression in all human cultures, e.g. as in the taboo practices of casting evil spells on people and the practice of black magic. Another objective is to show possible strategies for dealing with it.

Our project is geared toward a broad audience interested in the topic of magic. It could be also seen as an attractive guide for graduates in the field of theology, psychology, anthropology and also for people, who are practicioners themselves.

In a successful collaboration with the Bulgarian Institute for Ethnology and Folklore Studies (IEFEM), the film project was presented to a broad audience in Bulgarian for the first time. This happened during the European Researcher's Night at the end of November 2020.

Our film project is currently affected by the restrictions of the ongoing corona pandemic, both in terms of shooting (in terms of time, space and personnel) as well as in its entire implementation policy. On the other hand, we have already put a lot of energy and work into it without any financial backing or monetary support. We think, however, that this scenario would have to change in order to achieve the desired end result in the foreseeable future. Without external financing and the involvement of external partners for post-production, the project cannot be realized.

Started back in 2019 we have already put many intensive weeks of work into planning, conception, project management, script, shooting and editing as well as creating the www.the-secret-arts.com film website. All that without any financial support. We would be very happy if we could achieve our financing goal. The funding goal would provide the minimum amount necessary to cover our costs for post-production and running our social media campaigns.

Behind the project are on the one hand the two initiators Evelino Gortchev and Georg Watschka. They are supported by the sound designer Daniel Ivanov, who has already worked for several years in the Nu-Boyana film studios for the post-production department in Sofia, where he was responsible for the realization of various major films. His task on the film will be to bring the documentary film style of the sound to life. 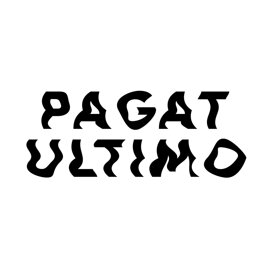 Pagat Ultimo is an association for the promotion of open socio-cultural exchange. The members of the association are significantly involved in the film project through their collaboration. From logo design to web development and graphic design.

Close collaboration with IEFEM already in the framework of the European Researchers Night 2020. 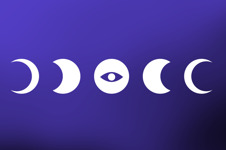