Welcome to the hottest spot in Southeast Asia - Myanmar, a country isolated for 50 years from the rest of the world and long dominated by a brutal military regime. Last year we filmed the documentary "Yangon Calling - Punk in Myanmar" which we now want to publish on DVD together with a book about Burmese subculture. There will be texts about hip hop, street art, metal, hardcore, and much more. The entire Burmese underground in a book. 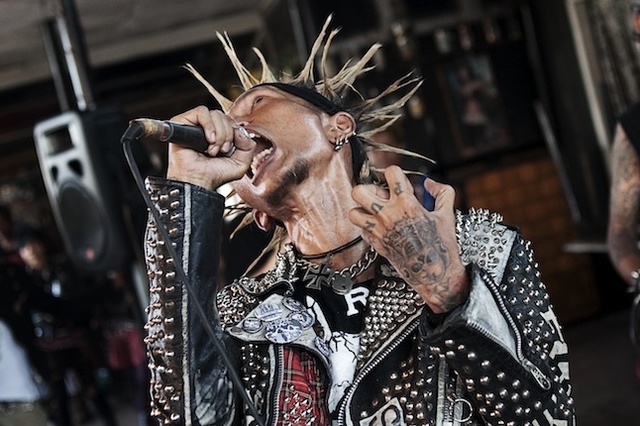 "Yangon Calling" portrays a music scene that probably few could have imagined existed: the Burmese punk underground. Punk in Myanmar is far more than just a superficial copy of a Western subculture. After all, in the former military dictatorship the most rebellious of all subcultures faces what is still one of the world’s most authoritarian regimes. For young Burmese, punk is a way to confront the much-hated government. In their songs, they rail against social inequality in Myanmar and demand freedom and human rights.

Filmmakers Alexander Dluzak and Carsten Piefke filmed in Yangon for six weeks. They sneaked into the country as tourists and filmed secretly, with small cameras. "Yangon Calling" (voiceover: Bela B./Die Ärzte) is a film about life in an authoritarian state, personal tragedies and the fight for freedom in a country where punk is still true rebellion.
"Yangon Calling" has already been shown at numerous film festivals in Europe and Asia. Next year we will release the film on DVD along with a book on Burmese youth culture. The film and book will be bilingual German/English. To do so, we are now asking for your support.

Whether punk, metal, and hip hop - in Myanmar a youth movement means much more than merely copying western trends. The Burmese underground is a place of youthful opposition. Many musicians took great risks during the military dictatorship and are still doing so now. They criticize the government in their songs and address social injustices.
Some have paid a high price. For example, the country's most famous rapper was in prison for three years for criticizing the government. In 2007, when the monks took to the streets during the so-called "Saffron revolution", the punks where the first to join them.

The book will also basically deal with what it is to be young in a country which is just starting from scratch and is quite different from the countries in which most of us live.It will include articles, interviews, and photos, for example about Burmese street art artists who spray electrical sockets all across the city as a protest against the constant power outages; about the hardcore scene which collides with the relaxed Buddhist habits of most Burmese; or the youth organization "Generation Wave" which protested against the generals with rap songs and graffiti.

With "Fly Fast Records" we have found a label well-versed in Asian pop culture which specializes in the publication of books with DVDs and will release "Yangon Calling" along with the book. Despite Myanmar making headlines recently, it is a project for enthusiasts and needs some start-up financing alongside the heart and soul we have put into it. We therefore ask you to help us make this project reality.

The aim of the project is the publication of the 60-minute documentary "Yangon Calling - Punk in Myanmar" together with a book on Burmese youth culture. The film is finished and has been screened so far at many festivals in Europe and Asia. The book has also progressed; most of the stories have been researched and many good pictures have already been taken. Now we're down to writing the texts and thinking about layout and graphics.

Because so far there is no film and book project about the Burmese underground and because, due to its history, youth culture in Myanmar is a social force - something it has long ceased to be in most western countries. For 50 years, Myanmar was isolated from the rest of the world; a young generation lives there who has dreams and yearns for a little normality, and this project is about them.

A large part of the money goes to paying the artists who design the book. Added to this are license costs, for example for GEMA and images. The funding should also enable the freelance authors to write one or two weeks at a time without having to accept every job that comes along.

And the journalist, filmmaker and publisher George Lindt www.fly-fast-records.com

Alexander and Carsten have collaborated regularly for years. They met in the editing room of a Berlin TV production company where Carsten worked as a cutter and Alexander as TV author. Together, they have produced numerous contributions to culture and society magazines for Arte, 3sat and the ARD.

Their first joint documentary "Dragon Style - Hip Hop in China" was created in 2007 and has been featured in numerous film festivals and in television on ZDF Kultur. This was followed by "Yangon Calling - Punk in Myanmar" last year.

They met at a punk festival in Myanmar. Matt comes from England, but has commuted for years between Myanmar and Thailand. The Burmese underground is one of his main topics. His photo series on punk in Myanmar appeared in the magazine Vice.

George Lindt is a journalist, filmmaker and director of the label "Fly Fast Records" specializing in Asian pop culture. In 2006, he published the documentary "Beijing Bubbles - Punk und Rock in China’s Capital" together with filmmaker Susanne Messmer. George manages the layout, distribution and marketing of "Yangon Calling". 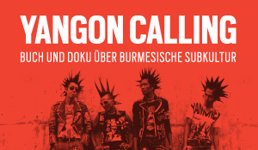