We recently went to Denmark to record our debut album in a self-built studio in the imposing nature of the danish west coast. With a full hard drive and empty pockets, we turn toward you, to help us making this become real! Become part of the project today and pledge! The entire proceeds will go towards financing the production of the album, to be released in 2017. Thank you so much and much love!

Gløde is the sound of the five-piece band around Simon Glöde, the young singer/songwriter from northern Germany. Growing up in and around Denmark, Simon has always been making music independently and continues to do so with his band out of Hamburg.

After playing hundreds of mostly self-booked shows all around the world over the past four years and the independent release of his ‘Boogie’-EP, Simon settled in the city of Hamburg, which has since served as both base and as inspiration for the songs, the friends, the team and the sound that is now called ‘Gløde’.

The songs are creative works of the band’s past two years together, expressing the struggle of finding a natural balance in an urban surrounding, and have been captured by producer Sebastian Gimm in intense live-sessions.

What is crowdfunding?
If you want to get involved, simply select from one of the great rewards on the right- hand side. These rewards include the new album on CD and vinyl, t-shirts, live concert packages, surprises packages and much more. Please take a look: there is something for everyone! If successful, the money raised from the campaign will go directly towards recording and producing our new album.

How does it work?
Either you choose from one of the rewards in the right column or, alternatively, choose an amount to donate and after entering your payment details, click on ‘Support Now’.

The goal is to make a fully independent album with 10 songs. The cost of this is around €20,000 and includes production, mixing, mastering and a music video. It does not include promotion, as we will be looking for partners once the album is finished. The missing amount will be supplied by the band and kind foundations.

This is music for dancing, for laughing and for crying and this album will make it possible for us to go out and share our joy of making music for years to come.

The money will be used to pay for production (including rental costs etc.), mixing by Ryan Gilligan (for whom Simon once scrubbed floors during his time at Electric Lady Studios in New York), mastering, and finally the production of a music video.

Simon Glöde on vocals and songs, Julian Elsesser on guitar, Martin Baumgartner on bass, Max Schneider on drums, Tom Gatza on keys and synths and Sebastian Gimm on the knobs.

There are no managers or labels floating around. We’re very proud to be making this journey on our own for now. This album is a big step and making it is a dream come true, doing everything how we think it should be. 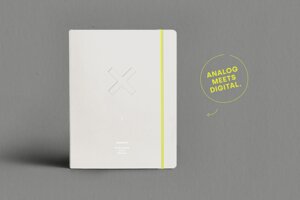 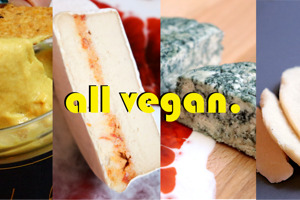 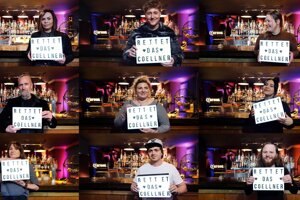 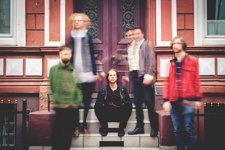