WANDER will be a feature film shot in Irland: Two days before the entire world is destroyed, three strangers find themselves on an island between desperation and a hopeless situation. But on the second day the sea delivers a silent man. The three survivors fall in love with the assumed saviour and forget about the catastrophe.

A gigantic catastrophe, which sends the gods trembling back into their clouds has been suddenly interrupted, three strangers are stranded on an island, the last remaining tip on a flooded earth, an intermediate station to the end of the world.

They ask: What shall we do with the remaining time?

The scene of this existentialist story is in the west coast of Ireland and its deserted islands. Feelings of the characters are represented by the forces of water, stone, sun, tides, and the wind. They are afraid to touch the sea,
a storm is covering them with ashes,
the sun is spinning in haze,
a massive boulder is wedged between rocks, black seals surround the coast.

This project is for all of us who will die one day.

What, in the end, is the essence of being alive?
If you knew the end was near, what would you do in the final hours? What remains of meaning when everything that is known to us disappears?

These are just a few of the big questions WANDER will address. This apocalyptic scenario offers an unique opportunity for us all to truly consider these fundamental questions on a backdrop of dramatic seascapes and turbulent colours.

Would you like to see the end of the world? With your support, we will have the gift to watch the last 80 minutes of life in cinemas next year.

Long time friends and new supporters have already kicked off this project with donations. We already have accommodation for the cast and crew on site during filming. With the enthusiastic support from the local community around our filming locations, as well as fellow filmmakers and storytellers, we know this project has a strong foundation and is set for success.

We are living the survivalist theme of WANDER by growing our food and making our own props.
Please share our story with your friends. We want to hear your thoughts concerning this project and we ask you to please donate.

This project will fund four weeks of filming in Ireland with four actors and a small film crew.
If we can raise 15.000€ we can start with the production of the film.

Post-production can be covered if we have more than 18,000€. If we succeed in raising more money, we can include expensive aerial shots, different camera positions, and the rental of additional equipment. We might be able to even pay the actors.

In the autumn of 2014, Rosa Friedrich (Script, Director) and Sophie Vautour (Storyboard, Actor) decided to create a film on the west coast of Ireland because of the incredible and breathtaking scenery that speaks to the meaning of being of all humankind. The rocks & hills demand for a film to be set in it. Since then they have been working together on WANDER in Berlin as well as in Ireland.

Rosa (Script, Director) studied film sciences, philosophy, and psychology in Berlin. In 2012 she shot her debut feature film BUSCHOW (90 min). In 2014 she made her second feature film SPIEL. Since 2015 she has been studying film directing at the Filmacademy in Vienna.

Sophie (Storyboard, Actor) studied fine arts in Montréal. She is currently working as a set designer for film and theater in Ireland. For SPIEL she was responsible for set and costumes.

Vikas Narula (Producer, Actor) with a background in computer science and computer software, he has been dedicating his time and effort to dance and movement for the last couple of years.

Joanna Piechotta (Camera) After studying fine arts in Poznan and Camera at HFF Potsdam, she has been working in the fields of documentary and fiction film.

Paul Boche (Actor) is a New York and Berlin based actor and top model. When he read the script about WANDER, he instantly knew that he would like to play a role in this film.
"Even if I knew that tomorrow the world would go to pieces, I would still plant my apple tree." -Martin Luther

Neary Wach (Sound) studies Media Studies and Media Practice in Bayreuth. She recorded sound for SPIEL. A goddess in her own right, she was responsible for sound for 23 projects within 12 months.

Georg Schütze (Catering) studied philosophy and neuroscience in Magdeburg. For the third time he is supporting a feature film as a chef.

Philipp Mayer (Editing) previously finished his Media and Film Studies. Currently he is studying Film Editing at the Filmacademy Vienna.

Salome Gersch (Casting) studies art history and letters at the Free University of Berlin. She acted in various films and cooperates in art projects.

John Förster (Coach, Marketing) is an acrobat, Media Psychologist and Coach. He balances both of these jobs while he performs for movies and advertisements.

Dmitrij Ritter (graphic design) is an artist and graphic designer. He is studying art history at the academy of fine arts vienna.

Vinski Ratalahti (Costumes) studies philosophy. He has been working for various theatre projects where he shapes sets & costumes.

Frank Willens (Coach, Trainer) is a Berlin-based dancer, actor and choreographer. He is been performing in European cities. 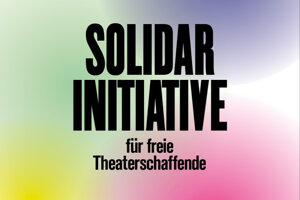 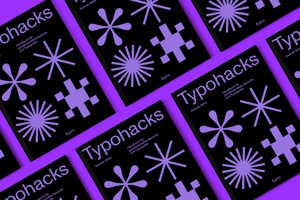 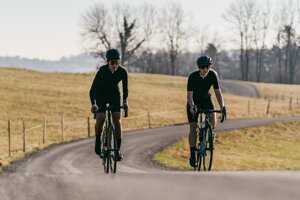 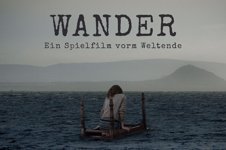