Crowdfunding beendet
A-B.international is the first, independent cultural magazine in Greek & German to deal with political and social matters from both countries. The content of the first issue was created in collaboration with independent journalists, photographers and writers. Together we want to recreate and redesign the media without imposing the censorship common media undergoes and inspire a dialogue on eye-level. Our aim is to connect people and offer them a platform to share their own ideas and stories.

Help us reach our first goal in order to publish the first issue of A-B.international this year in Athens and Berlin!

The relations between Greece and Germany have suffered enormously in recent years. The media has contributed in creating a one-sided image, which has led to many prejudices and misunderstandings on both sides.

A-B.international is the first independent cultural journal in Greek and German to deal with political, social and cultural matters from both countries. In our first issue we are interested in finding out how people cross-culturally perceive each other. What are their thoughts about the respective other culture? How do they proceed living their lives after the crisis has been forgotten in the media? What topics and subjects are they interested in exchanging? We have gathered a number of independent contributors from both countries, who wrote about current cultural, political and social matters on a national and international level. Our magazine unites photography, literature, journalism and arts to reinforce cultural exchange and create a new image of Greek-German relations by overcoming misunderstandings and prejudice.

The annual publication of A-B.international aspires to play an important role in improving the current relations of both countries, raising awareness for each other’s perspectives, in hopes of inspiring a common future.

The negative impact the media had on the representation of both countries has left people struggling with open questions and misinformation. The political and economical issues between the two national governments and the European Union do not mirror the views of the majority of the people.

Our mission is to build a cultural bridge and network between Greece and Germany and inspire people to exchange opinions on matters they find worth writing about. A-B.international addresses an audience that is interested in culture and arts and wants to be informed about relevant political and economical events. We pay special attention to readers of all ages, who share a modern, liberal-minded attitude and want to participate in shaping the Greek-German dialogue with us. Through our social media platforms and website we want to reach a young audience. This confident and courageous generation characterizes the development of a progressive and liberal society. It is our firm belief that intercultural exchange can invoke new possibilities and perspectives. Our aim is to share this vision with all our readers and everyone who has been involved in this project so far.

Through our magazine we want to give our contributors the opportunity to share their ideas between Greece and Germany. In order to inspire a dialogue between the people of both countries and encourage intercultural exchange we need the support of an international public. Joining forces with a broader audience will help us share our vision and hope of a confederate Europe and pass a peaceful message to the young generation and generations to come. People interested in our project furthermore have the possibility in participating by contributing through text or photography for our next issue and becoming part of our network and ambassadors of our mission.

All content creation, research and travels so far have been financed by our own savings. We have gathered over 20 contributions, talked to over 50 people and shared our mission with people across Greece and Germany. With your help we can bring all these thoughts and ideas to life and…

- show our contributors the respect and honour they deserve, by publishing their contributions
- translate all texts in German/Greek
- publish and produce the first issue
- realise our planned documentaries on historical Greek-German relations
- share our vision with a wide audience online and in print (website and printed issue) and reinforce the dialogue between Greece and Germany

As designers we want to recreate and redesign the media and use it as a powerful tool for cultural exchange. Our content is created in collaboration with our contributors and decided upon collectively without the censorship common media undergoes. Our motivation for solving problems and generating innovative solutions to help people lead us to the creation of A-B.international. We wanted to connect people in Greece and Germany and offer them a platform to share their own ideas and stories. By taking advantage of the impact of our artistic and aesthetic work and designing the media in print and online we will make our content more accessible to a broader audience and raise awareness on certain matters.

A-B.international started off as a project between two friends. Theodor Hillmann, born in Berlin and I, Danai Styliani Moschona, born in Athens wanted to encourage a dialogue on eye level between Greeks and Germans. During our joint travel to Athens we realised that there were many relevant issues and hidden stories, that have been left untold by the media. Through our project we wanted to overcome misunderstandings and prejudice (of each other and the other nation) and give people the opportunity to exchange their ideas on an intercultural level. When Majada Daria Ramadan became inspired by our project and joined the team, we founded A-B.international. Through her own intercultural heritage and background she brought an interesting insight to the project, that can be seen reflected in the overall design and appearance of the magazine. 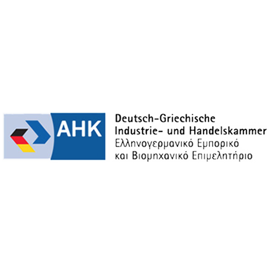 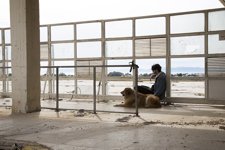